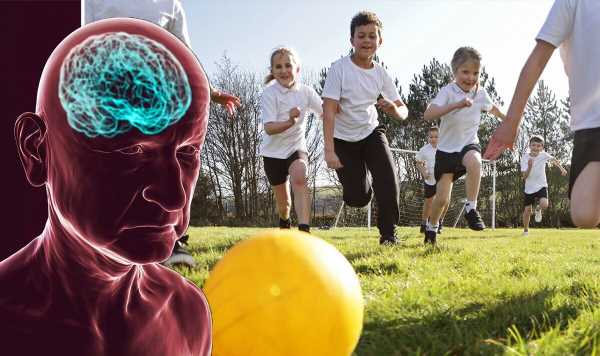 A study that followed a group of more than 1,200 people from childhood to adulthood, has proved those who fared better in physical tests when they were younger showed “better cognition later in life”. Academics from Peninsula Health and Monash University in Australia concluded staying active as a child “may protect against dementia in later years”. To conduct the research, in 1985 the participants – aged between seven and 15 – were assessed on their fitness.

This assessment was based on cardiorespiratory, muscular power and muscular endurance, as well as their body size and shape.

They were then followed up between 2017 and 2019 – aged between 39 and 50 – when their cognitive function was assessed using a range of computerised tests.

These participants were followed up between 2017 and 2019 (aged 39-50, average age 44) in respect to their cognitive function using a series of computerised tests.

The research, which was published in the Journal of Science and Medicine in Sport this month, showed that children with the best levels of cardio-respiritory and muscular fitness, as well as lower average waist-hip-ratio, scored better in tests of processing speed and attention, and global cognitive function.

It looked specifically at cognitive performance in midlife as a decline, which could signal the likelihood of dementia later on, can start during middle-age.

One of the study’s leads, Associate Professor Michele Callisaya, told Science Daily: “Developing strategies that improve low fitness and decrease obesity levels in childhood are important because it could contribute to improvements in cognitive performance in midlife.

“Importantly the study also indicates that protective strategies against future cognitive decline may need to start as far back as early childhood, so that the brain can develop sufficient reserve against developing conditions such as dementia in older life.”

It was also noted that the findings were not impacted by academic ability and socioeconomic status at childhood, or by smoking and alcohol consumption at midlife.

According to NHS Digital, 22.6 percent of children aged four and five in the UK were overweight or obese in the 2018 school year.

While a Sport England survey in 2019 showed just 45 percent of children met the chief medical officer’s recommended hour or more of physical activity a day.

Currently there are more than 850,000 people in the UK living with dementia.

It is estimated that by 2025, the number of people with dementia in the UK will be more than one million due to our ageing population.

There are some early signs that you could be at risk of dementia.

The NHS recommends speaking to your GP if you are concerned about any of these symptoms.