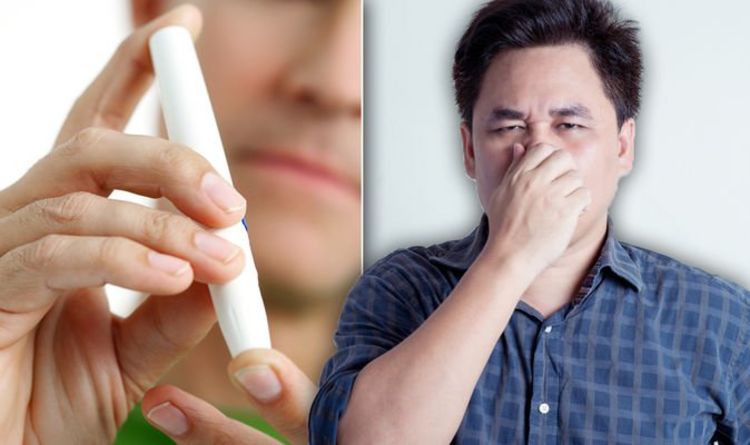 Diabetes is a common condition that affects more than four million people in the UK, and 90 per cent of all cases are caused by type 2 diabetes. The condition is caused by the pancreas not producing enough of the hormone insulin, or the body not reacting to insulin. Without enough insulin, the body struggles to convert sugar in the blood into useable energy. You could be at risk of diabetes if you notice an unusual smell on your breath, it’s been revealed.

Diabetic ketoacidosis is a dangerous complication faced by people with diabetes

Bad or sweet-smelling breath could be an early warning sign of diabetes, according to medical website Diabetes.co.uk.

The smell could be caused by diabetic ketoacidosis – a condition that’s linked to the body running out of insulin.

When there isn’t enough insulin in the body, it starts to burn fatty aids instead, which produce acidic ketones in the process.

But, these ketones can be very dangerous, and could lead to serious illness, or even death.

“Diabetic ketoacidosis is a dangerous complication faced by people with diabetes which happens when the body starts running out of insulin,” it said.

“Without urgent treatment, this diabetes complication can lead to death. 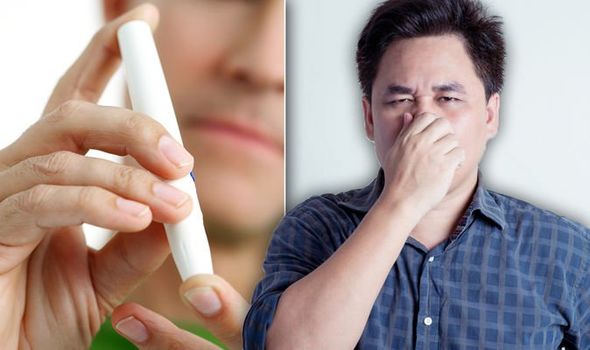 “If someone with diabetes displays the signs of ketoacidosis, the situation should be treated as an emergency.

“Typical symptoms of diabetic ketoacidosis include vomiting, dehydration, confusion, and an unusual smell on the breath – sometimes compared to the smell of pear drops.

“Symptoms of diabetic ketoacidosis usually evolve over a 24 hour period if blood glucose levels become and remain too high.”

Bad breath is a common condition that could be caused by certain problems with your teeth – including gum disease – or by smoking.

You could lower your risk of bad breath by brushing your teeth at least twice a day, and by going for regular dental check-ups. 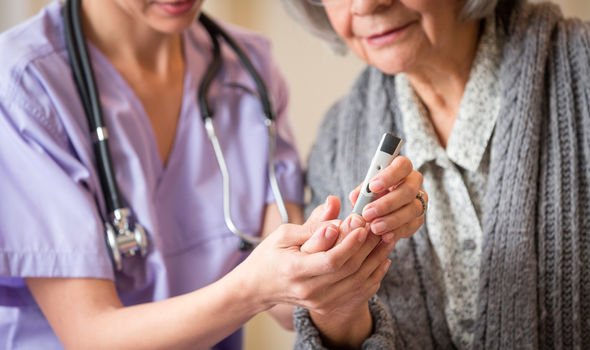 Many people may have diabetes without even knowing it, as the symptoms don’t necessarily make you feel unwell.

Common diabetes symptoms include passing more urine than normal, blurred vision, and having cuts or wounds that take longer to heal than normal.

Speak to a doctor if you’re worried about the symptoms of diabetes, or if you think you may be at risk. Diagnosing the condition early is crucial, as diabetes raises the risk of heart disease and strokes.

You could lower your risk of the condition by eating a healthy, balanced diet, and by doing regular exercise.

Everyone should aim to do at least 150 minutes of moderate-intensity activity every week.