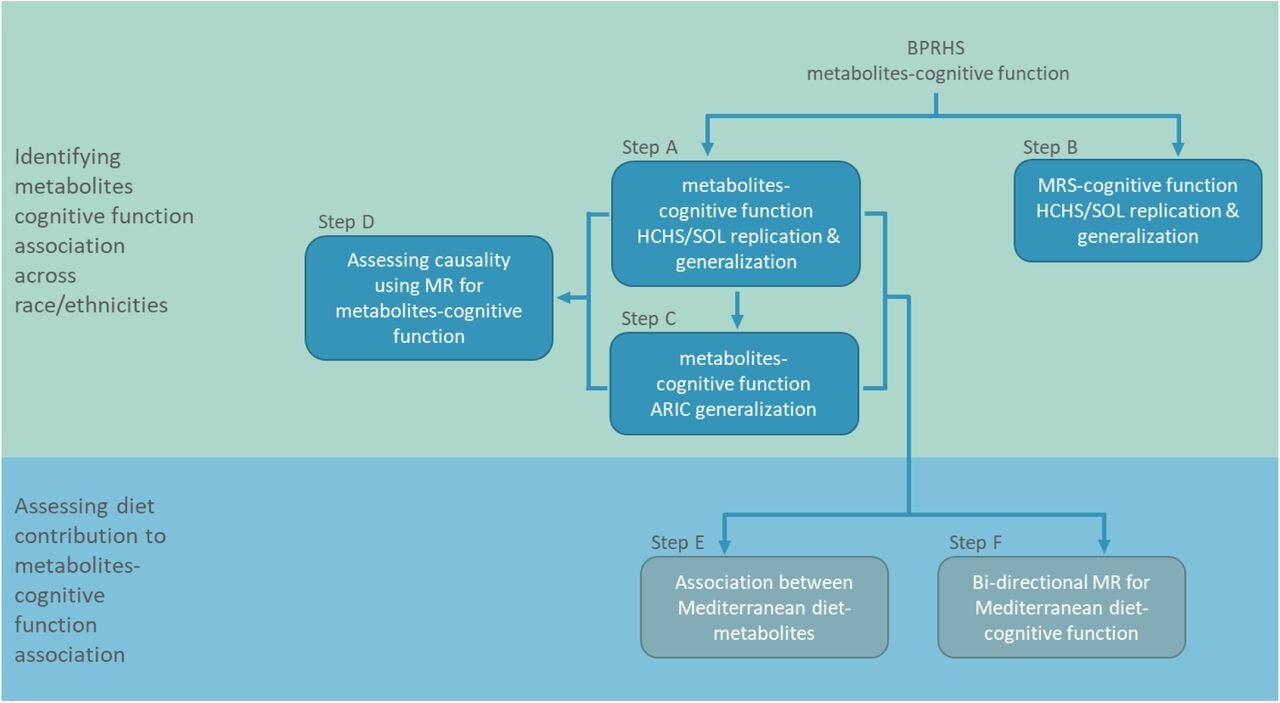 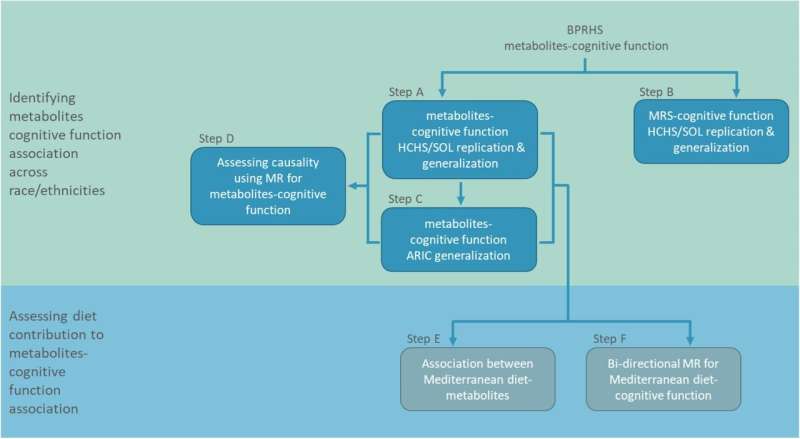 Dietary choices and their consequences may certainly influence cognitive function. A new study led by investigators at Brigham and Women’s Hospital, a founding member of the Mass General Brigham health care system, along with outside collaborators expands on previously published work (focused on Puerto Rican individuals in the U.S.) by including additional races and ethnicities.

The team found that certain plasma metabolites—substances created when the body breaks down food—were associated with global cognitive function scores across the diverse set of races and ethnicities. Their results are published in Alzheimer’s & Dementia.

“Our study has huge strengths in expanding the sample size and in adding demographics compared to what previous research has done,” said Tamar Sofer, Ph.D., and director of the Biostatistics Core Program in Sleep Medicine Epidemiology and a member of the Division of Sleep and Circadian Disorders at the Brigham.

“It also illustrates that studies that begin by focusing on minorities can give rise to insights that may be beneficial to other populations. We hope our findings will help people in making specific nutritional choices and in improving their cognitive health.”

Nowadays, researchers can discover biomarkers associated with health changes and diseases by utilizing approaches like metabolomic profiling, which can survey thousands of metabolites within blood samples. An initial study in Boston looking at older adults of Puerto Rican descent found a series of metabolites that were associated with measured cognitive functions.

“It is possible that these metabolites are biomarkers of a more direct relationship between diet and cognitive function,” said lead author Einat Granot‐Hershkovitz, Ph.D., who worked on this study as a postdoctoral fellow in Sofer’s lab at the Brigham.

While the study did have limitations like its cross-sectional, observational design which limited conclusions about the potential influence of modifying metabolite levels on cognitive function (causal inference), the researchers attempted to use MR analyses to account for unmeasured confounding and establish some level of causal inference.