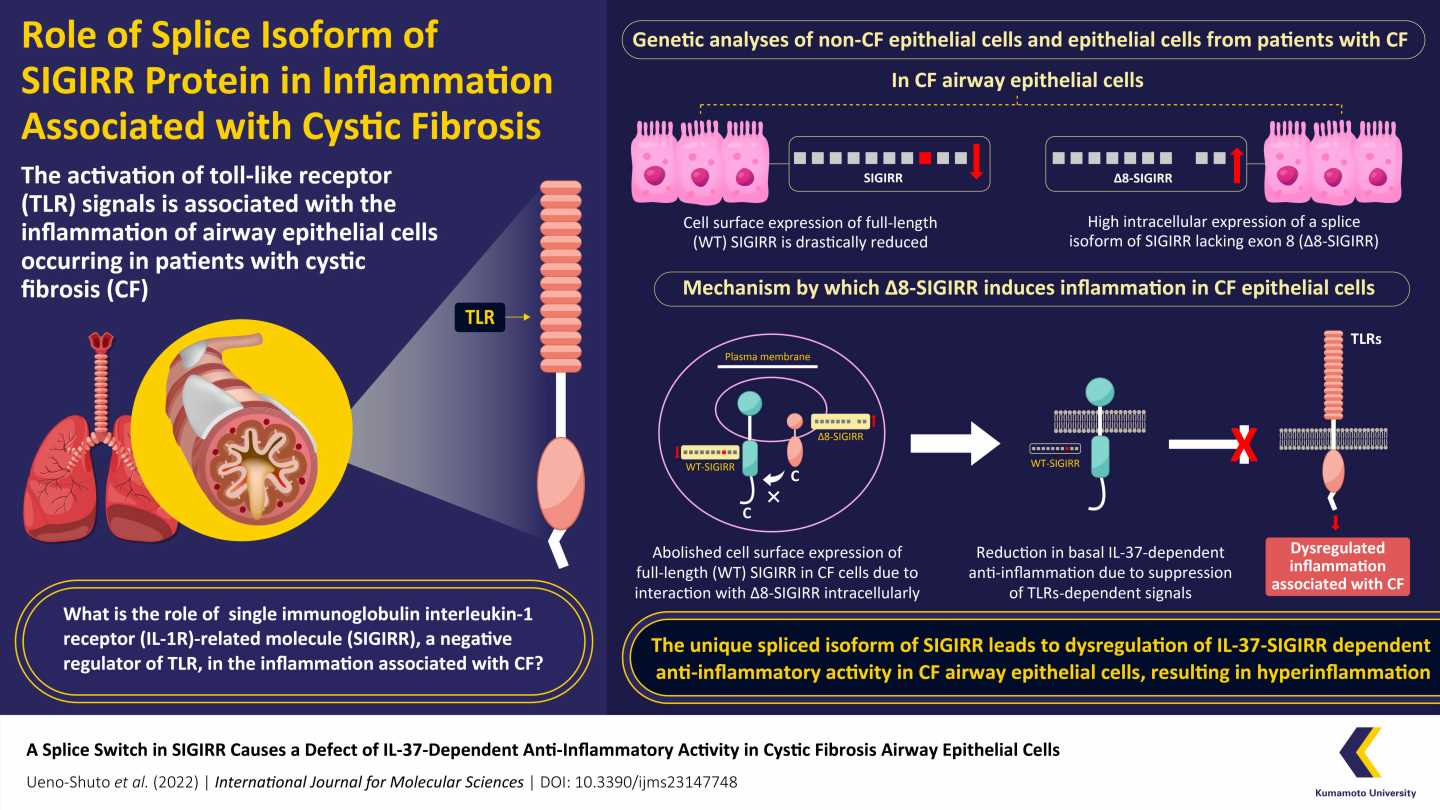 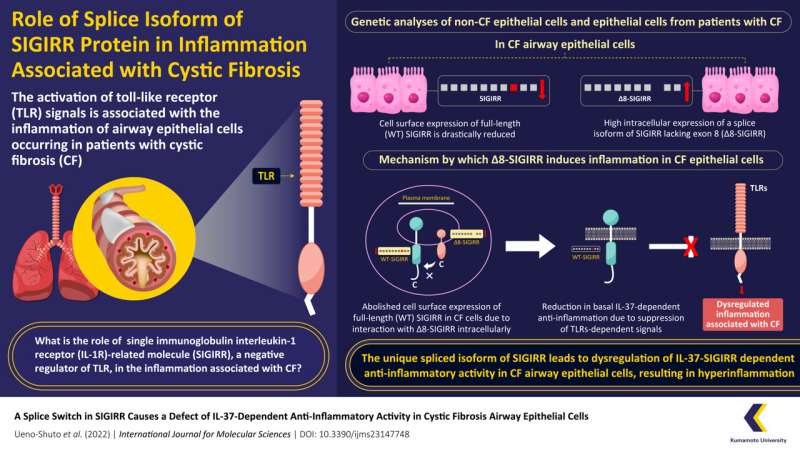 Cystic fibrosis (CF) is a life-threatening genetic disorder, marked by recurrent infections resulting in chronic lung inflammation. Unfortunately, the mechanisms underlying this inflammation are not fully elucidated. In this study, researchers from Japan found that a defect in the single immunoglobulin interleukin-1 receptor (IL-1R)-related molecule (SIGIRR) gene led to the suppression of an anti-inflammatory pathway in the lung epithelial cells of patients with CF. This finding can support the development of novel drugs against this disease.

Cystic fibrosis (CF) is an inherited lung disease, marked by chronic and excessive lung inflammation, mucus retention, and airway obstruction owing to recurrent bacterial and viral infections. It is highly prevalent in the European and North American populations.

Although it is known that an increased production of interleukin-8 (IL-8)—a type of cytokine, and defects in the causative gene causes hyperinflammation associated with CF, evidence suggests that certain dysregulated genes also play a key role in the mechanism underlying this inflammation.

One such set of genes are toll-like receptors (TLRs), which cause inflammation in airway epithelial cells in response to pathogen associated molecular patterns (PAMPs)—immune signals alerting the cells of an infection. In many inflammatory diseases, pathways that negatively regulate TLRs, i.e., prevent them from causing an inflammatory effect, are dysregulated.

However, little is known regarding the negative regulators of TLRs which lead to inflammation in case of CF.

To address this gap, a research team led by Associate Professor Tsuyoshi Shuto from Graduate School of Pharmaceutical Sciences at Kumamoto University, Japan and Lecturer Keiko Shuto from the Faculty of Pharmaceutical Sciences at Sojo University, Japan conducted a study to investigate the mechanisms underlying CF, by studying a membrane protein known as single immunoglobulin interleukin-1 receptor (IL-1R)-related molecule (SIGIRR). SIGIRR is known to cause inflammation by disrupting inflammatory regulation in viral infections and is a negative regulator of TLRs.

In their study, which was published in Volume 23, Issue 14 of International Journal of Molecular Sciences on July 13, 2022, the team used a range of molecular techniques to conduct experiments on lung epithelial cells of patients with CF, and non-CF cells.

“We discovered that ∆8-SIGIRR is formed due to dysfunctional mRNA splicing, which leads to the loss of a DNA segment known as exon-8 from the full-length SIGIRR, known as WT-SIGIRR,” remarks Prof. Shuto while discussing this unique finding.

On further analysis, the team found that the increased expression of ∆8-SIGIRR on the cell membrane of CF lung epithelial cells decreases the expression and function of WT-SIGIRR, indicative of its dominant-negative effect. Due to this diminished expression, WT-SIGIRR is unable to activate IL-37b—an anti-inflammatory molecule which inhibits TLRs, resulting in severe inflammation associated with CF.

This defect in the IL37-SIGIRR signal leading to persistent activation of inflammatory TLRs is a novel and exciting discovery into the mechanisms underlying CF-associated inflammation.