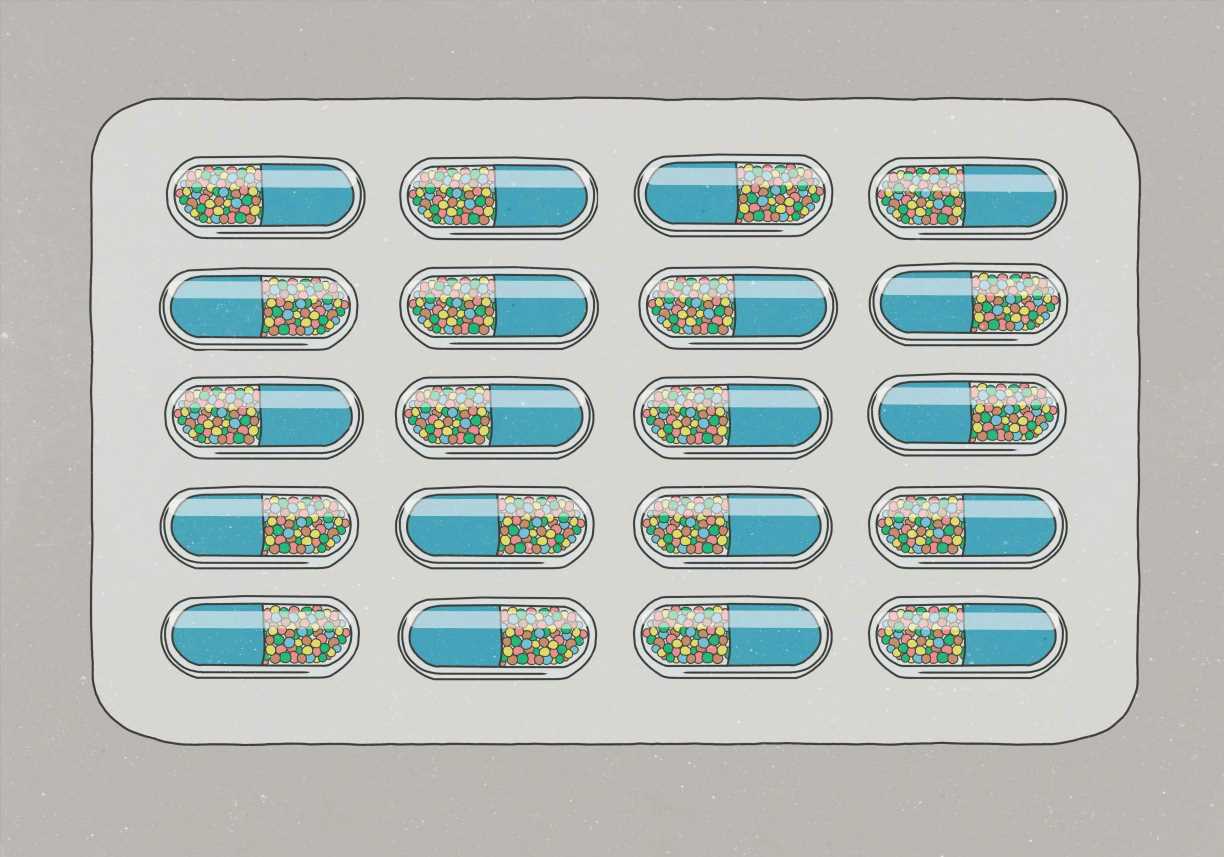 Can a supplement really make you smarter?

It all sounds like something straight out of a gimmicky infomercial ― just another quick-fix product to buy to improve your health. But as it turns out, there is some science that supports the brain-boosting power of some (yet not all) of the ingredients in mental clarity supplements. And, of course, there’s also a catch (there’s always a catch).

Here’s what you should know before you purchase them, according to experts:

Which Ingredients Work And Which Need More Research 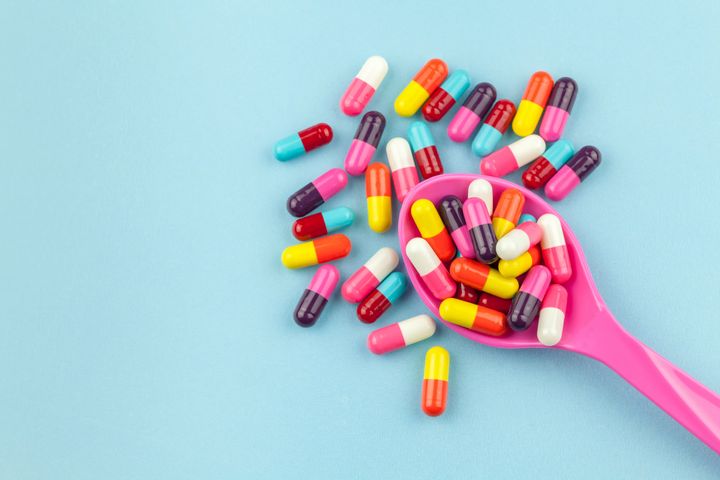 The more scientific classification of these supplements and their ingredients is called nootropics. The term, coined by psychologist Corneliu E. Giurgea in 1972, describes natural or man-made substances designed to support cognitive functioning and improve mental performance. Other terms you may have heard for them could include “smart drugs” or “cognitive enhancers.” They range from familiar substances — such as caffeine or turmeric — to complex blends of many different herbs and other ingredients sold online.

Now, for the million-dollar question: Do they work? Well, yes and no. The reason for this ambiguous answer? The research on brain-boosting supplements is ambiguous itself. While some of the ingredients in brain-boosting supplements have shown to be beneficial, the studies have been inconsistent, explained Dr. Michael Genovese, a clinical psychiatrist and chief medical officer of Acadia Healthcare.

Plus, “unlike other medications, the [Food and Drug Administration] does not regulate the distribution of so-called ‘nootropics,’ so there is no way to tell with certainty if the label on the bottle is what is really in the supplement,” he added.

Dr. David J. Puder, medical director of the behavioral health outpatient program at the Loma Linda University, puts it a little more bluntly: “The people making these supplements are not doing randomized controlled trials to determine if they really work,” he said. “They mostly use data about what might work, throw it together and add a bunch of excellent marketing.”

So, with that said — and a healthy dose of skepticism — let’s dive into what the research says about a few common ingredients used in mental clarity supplements:

Surprise, surprise. Many mental clarity supplements contain a very familiar ingredient, which is good old-fashioned caffeine. And for good reason: “It is commonly understood that caffeine reduces drowsiness and increases alertness and psychomotor performance,” Puder said. Plus, research shows caffeine use may have a protective effect on memory.

Another nootropic you’ve likely heard of before is omega-3 fatty acids, namely EPA and DHA, which are critical for proper brain function and development. Several studies have shown that taking fish oil supplements (which are high in EPA and DHA) may help improve memory in people with mild cognitive impairment, and they are also recommended to help people with depression. One caveat: Research did not find improvements in healthy people’s cognitive function after taking fish oil supplements.

A highly revered herb in the Ayurvedic tradition (an ancient Indian healing system), ashwagandha is known as an adaptogen, which means it may help protect the body from the effects of stress. Research has also found ashwagandha may help enhance focus, mental stamina and can even be useful for people with neurodegenerative diseases such as Parkinson’s, Huntington’s and Alzheimer’s diseases.

A perennial flowering plant, rhodiola is a nootropic that studies have shown can decrease fatigue and increase the capacity for mental work, said Shari Auth, a holistic health practitioner in New York and co-founder of WTHN, a modern acupuncture studio with a line of herbal supplements. People with diagnoses like ADHD and anxiety disorders may also benefit from rhodiola, since it helps the mind adapt to stressors, Genovese added.

Another Ayurvedic herb, Bacopa has traditionally been used to enhance brain function. “As a nootropic, it acts as a ‘brain tonic’ to enhance memory, cognitive function and reduction of cortisol levels, which alleviates stress in the body,” Auth said. Several scientific studies back this up, although it may require long-term use to reap the results.

Derived from the leaves of a tree called Ginkgo biloba, this supplement has been shown to improve memory and mental processing in healthy older adults when taken daily for six weeks. Taking Ginkgo biloba before a highly stressful task can help lower stress-related high blood pressure, as well as high levels of cortisol, a type of stress hormone.

Genovese added that he’s heard anecdotal evidence that people have seen improvements in loved ones with Alzheimer’s after they supplemented with Ginkgo balboa. However, that’s yet to be determined through research.

What To Keep In Mind Before You Buy 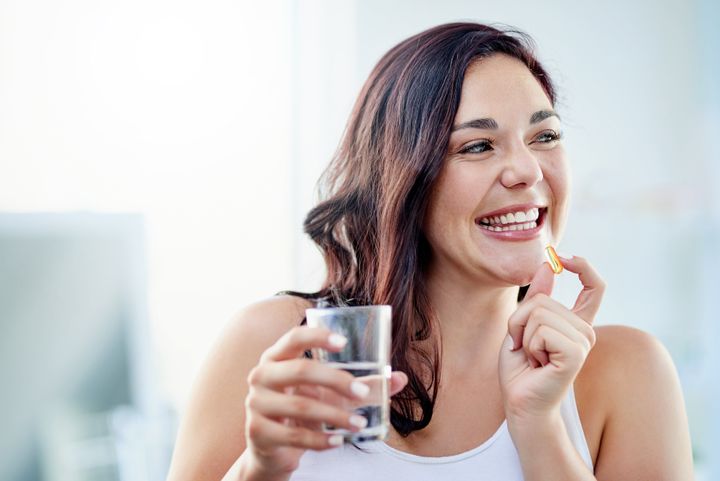 That’s why you’ll see long lists of ingredients of so many of the popular “mental clarity” supplements on the market. One popular product called Neurohacker Collective’s Qualia Mind, for instance, contains a laundry list of ingredients that contain six nootropics, along with other vitamins and adaptogens.

Most experts we chatted with said trying the supplement won’t be harmful. (Always check with your doctor first before trying something, though.) But if you’re gawking at the prices, don’t sweat it — you really don’t need a supplement to feel “smarter.”

Instead, focus on the basic lifestyle habits that are known for boosting your brain power. A good sweat session, particularly strength training, and eating well are particularly great for improving mental clarity and memory, Genovese said.

And don’t disregard the power of sleep: “In my opinion, sleep is the strongest supplement of all,” Dimitriu said. “Before looking for more supplements, unusual diets or very cold showers to boost mental clarity, try to sleep and relax for an hour more a day. Do this, and stick to it for a week, and see how you feel.”