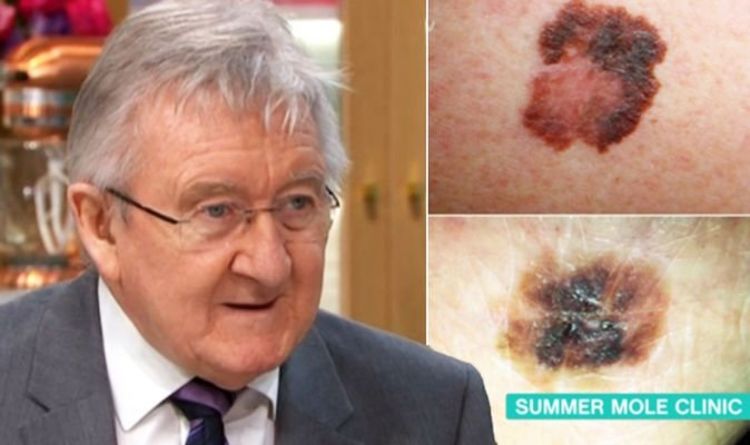 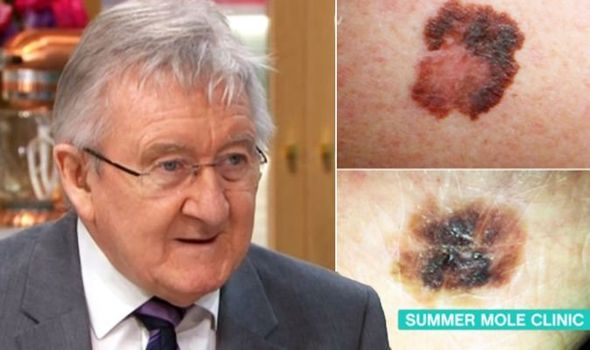 Dr Chris Steele, 76, has a regular slot on ITV’s This Morning, offering health advice on a range of conditions from flu to diabetes. Today on the show he highlighted the symptoms of melanoma skin cancer and how to avoid it. He also revealed his own skin cancer scare, stressing how important it is to have moles and spots checked. There are two types of skin cancer – melanoma and non-melanoma.

I had one of those on my back but I couldn’t see it. It was skin cancer but not a melanoma

Non-melanoma tends to appear as a lump or discoloured patch on the skin.

Melanoma usually appears as a new mole or a change in an existing one, but this type of skin cancer is considered more dangerous because it can spread to other organs in the body.

Dr Chris revealed he discovered he had non-melanoma skin cancer in the past after his wife checked his back.

He said: “Get someone to check your back.

“I had one of those on my back but I couldn’t see it. It was skin cancer but not a melanoma.”

Dr Chris chose to focus on the more serious form of skin cancer, melanoma, and said when it comes to checking moles, the one thing you should ask yourself is if it’s normal or abnormal. 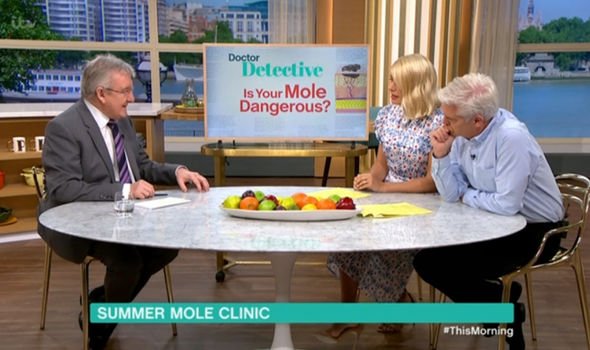 He said: “Melanoma is a mole that changes in size shape or colour. This could include moles that have increased in size – that are larger than a blunt end of a pencil.

Other symptoms of skin cancer Dr Chris said to look out for in a mole included:

People who are fair-skinned, have blue or green eyes, fair hair, don’t tan easily or tend to burn are at increased risk of skin cancer, according to Dr Chris.

Exposure to sunlight is also a huge risk factor, as skin cancer is caused by UV radiation. 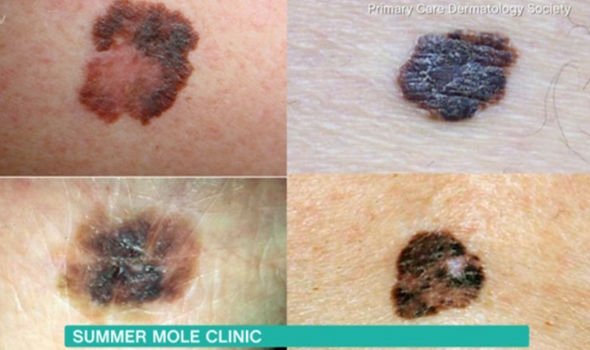 “On holiday, or even in the UK, you should be taking precaution.”

When it comes to preventing skin cancer you should look to reduce your exposure to UV rays and apply suncream regularly.

Dr Chris said you should apply suncream 30 minutes before you go sunbathing and use at least factor 30 suncream every two hours.

He warned: “Melanoma can spread quickly – if it spread it’s called metastatic melanoma.

“25 per cent of patients survive one year if the cancer has spread beyond the mole itself.

“Do not burn – I got skin cancer form burning as a teenager. A tan is not worth dying for.”

Another health problem rife in the summer months is hay fever. Dr Chris offered seven ways to stop your symptoms at night.