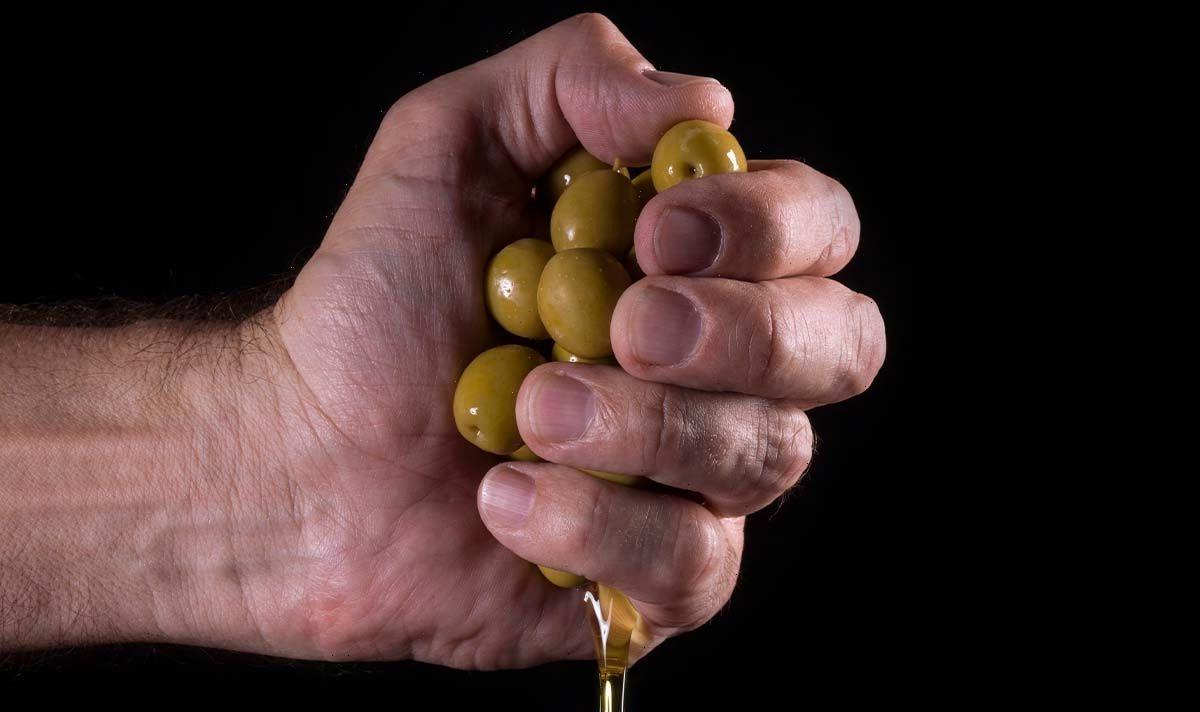 Arthritis can take many different forms. Osteoarthritis, the most common form of the disease, affects around eight and a half million people in Britain. But over the years, a body of research has learned that there are foods that can help soothe symptoms. Olives have particularly shown promise.

Foods that contain anti-inflammatories and antioxidants are especially good for arthritis. Olives are one of these foods.

Consuming olives, as well as derivatives like olive oil and olive leaves, can be used to slow the progression of arthritis, a review of many studies suggests.

The review found that a powerful antioxidant and anti-inflammatory called Hydroxytyrosol in olive oil could help with the “survival” of special cells that produce and maintain cartilage.

The cells they protect are called chondrocytes and they help to move nutrients into the cartilage tissue from nearby blood cells.

The authors of the review suggest that because of this “olive and its derivatives” on their own can be used to slow the “progression of OA [osteoarthritis] in individuals at risk”.

Some of the studies they looked at showed that people with arthritis had lower pain and function scores in recognised tests after consuming olives. They also had less pain during sleep.

In one experiment, men and women around the age of 60 years were given a small amount (50.1mg) of “olive extract” every day for a month.

Other people in the same age range were given a placebo.

Compared to the placebo group, the people who had olive extract reported that they experienced less pain during sleep at night.

They also had better overall body function, based on something called a JOA score. JOA is a medical test that looks at the function of the upper and lower limbs, and other parts of the body.

But evidence suggests that you don’t just need to consume olive extract to get the benefits.

Another study from 2009 found that the residue that comes from olives bumped up levels of glutathione in the blood – another powerful antioxidant.

One study gave 49 people an olive oil capsule every day for 24 weeks. By the end, there was less indication of inflammation in their bodies.

The researchers saw a drop of 38.5 percent in markers of inflammation.

Another piece of research looked at the diets of 333 people and found that people who had more olive oil were less likely to get the disease.

Although there is a lot of evidence that olives can help when added to your diet. But they should be eaten as part of a healthy, balanced diet.

“Eating a balanced diet and having a healthy lifestyle such as regular physical activity, not smoking, not drinking excessive amounts of alcohol can have a huge impact on arthritis and our health in general,” explains the charity Versus Arthritis.

With high wait times for many arthritis treatments, it can be difficult to deal with arthritis pain.