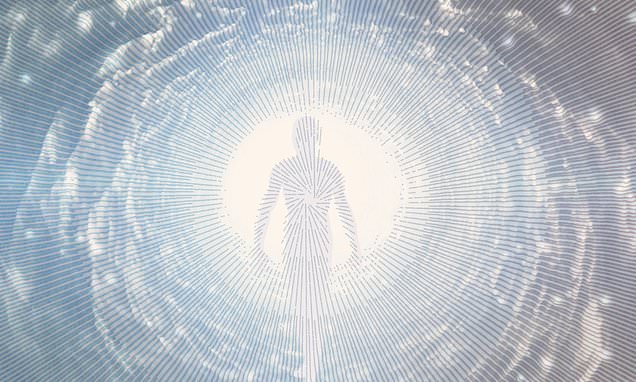 Encounters with God, even if they are drug-fueled, provide lasting mental benefits, study suggests

An ‘encounter with God’ makes people happier – even if the experience was a drug-fueled one, a new study suggests.

Spirituality and especially feelings of being one with the world or some higher power have long been linked to greater overall life satisfaction.

Some might argue that you can’t manufacture such an experience, but a new survey conducted by Johns Hopkins University scientists suggests otherwise.

The vast majority of those who had a ‘God encounter’ called it the most meaningful experience of their lives – and the drug-induced ones were more likely to reduce people’s fear of death, the survey found. 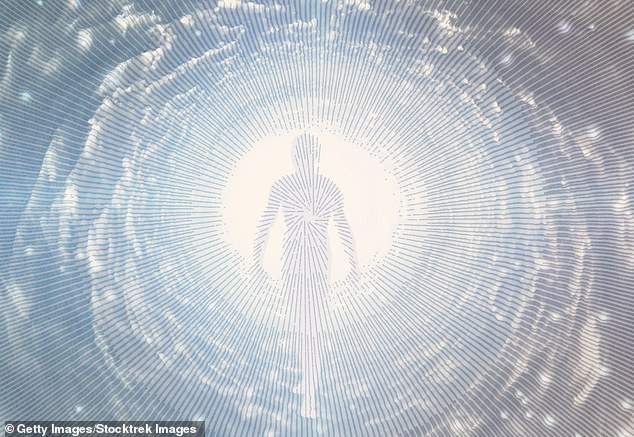 God, is it you? People who have had an ‘encounter with God’ report that it improved their mood and outlook and made them less fearful of death – even if the encounter was drug-induced

As the incidence of mental health issues climbs ever higher, doctors, scientists and patients are all increasingly looking outside the traditional treatment box of pharmaceutical anti-anxiety and antidepressant medications.

And a growing number of clinical trials are exploring the use of psychedelics like psilocybin – from ‘magic’ mushrooms – and club drugs like MDMA and ketamine for depression and PTSD, with surprisingly promising results, so far.

Neuroscientists argue, in short, that all of these methods encourage neuroplasticity, or a kind of brain flexibility thought to stave off mental health issues.

But population and social studies suggest certain kinds of beliefs and experiences themselves are linked to better mental health.

For example, researchers have observed that people whose belief systems value and bring them a greater sense of ‘oneness’ with the world, universe or whatever entity they believe is greater than the individual are more satisfied with life on the whole.

THE PSYCHEDELIC DRUGS BEING STUDIED FOR MENTAL HEALTH BENEFITS

Currently, such mind-altering drugs are largely illegal in the US.

But ongoing clinical trials suggest that drugs once beloved by hippies and club kids might have medical benefits, too.

The club drug and tranquilizer has been in tests for treating depression for several years.

In March 2019, the US Food and Drug Administration approved the first nasal spray version of the drug.

The active ingredient in ‘magic mushrooms,’ psilocybin is a powerful hallucinogen.

It, too, acts far more quickly than traditional drugs and is being analyzed for use in patients with both depression and PTSD.

Psyilocybin helps encourage neurplasticity and is thought to quiet down the ‘default mode network’ in the brain, and activate the ‘salience network’ that is involved in medication.

In August, the FDA cleared the largest clinical trial for psilocybin to-date.

MDMA appears to quiet activity in the amygdala and hippocampus, regions of the brain involved in emotional processing and fear responses, which are over-active in those with PTSD.

Patients participating in MDMA trials take a dose of the drug, and remain in an eight-hour session with two therapists who guide their experience.

The psychedelic compound LSD has a similar structure to the brain chemical, serotonin.

LSD’s discovery played a role in our discovery of how serotonin works in the brain and why imbalances of the neurochemical are involved in depression and anxiety.

And, according to one such study Muslim people were most likely to hold such beliefs and be more satisfied with their lives – above Christians, Jews, Buddhists and atheists.

The new Johns Hopkins study suggests that encounters with some ‘higher power’ may have lasting effects, whether through long-held beliefs or even if they’re induced by the mind-altering effects of psychedelic drugs.

‘Although modern Western medicine doesn’t typically consider ‘spiritual’ or “religious” experiences as one of the tools in the arsenal against sickness, our findings suggest that these encounters often lead to improvements in mental health,’ said lead study author Dr Roland Griffiths, a Johns Hopkins psychiatry professor.

His team of Johns Hopkins researchers surveyed 4,285 people around the world, who were recruited through online ads or emails.

Everyone surveyed had had an encounter with ‘something that someone might call: God (e.g., the God of your understanding), Higher Power, Ultimate Reality, or an Aspect or Emissary of God (e.g., an angel).’

But 3,500 had had such an experience while using a hallucinogen, and were sent a survey appropriate to that experience.

The other 785 had had a ‘naturally occurring’ God experience and had explicitly never had one that involved a mind-altering substance.

Across both groups, 75 percent said that their encounter with something like God was the most ‘meaningful or spiritually significant’ thing that had happened to them in life.

Overall, everyone that had had what they considered a God encounter reported positive changes in their mindsets, outlooks and practices.

Their ideas of what, exactly, they’d seen varied, however.

More than half of the psychedelic-using group called whatever they’d encountered in the throes of a vision an ‘ultimate reality.’

About 60 percent of the non-drug group said it was ‘God’ or an ’emissary of God’ that had visited them.

Most of these changes were well aligned between the drug and non-drug groups, but those who had reach their spiritual meeting or vision via mushrooms, LSD or ayahuasca were actually more likely to come out of it less afraid of death.

And the experiences were so powerful that some two-thirds of people who were considered themselves atheists before they had communed with God or some other higher power claimed they believed in the existence of these entities thereafter – even if they only met with God while intoxicated.

Among the drug-using group, 70 percent said they feared death less after their experiences, while just 57 percent of the non-drug-users could say the same.

Non-drug-users did, however, were more likely to feel that their spirituality became a bigger part of their daily lives.

It wasn’t all roses and rays of light, though, as 15 percent of each group called the experience the most psychologically challenging of their lives.

Compelling though their findings were, the scientists were careful to caution the public against using psychedelic drugs – which are illegal – to find God, or to even take the results as evidence that there is a God.

‘We want to be clear that our study looks at personal experiences and says nothing about the existence, or nonexistence of God,’ Dr Griffiths said.

‘We doubt that any science can definitively settle this point either way.’