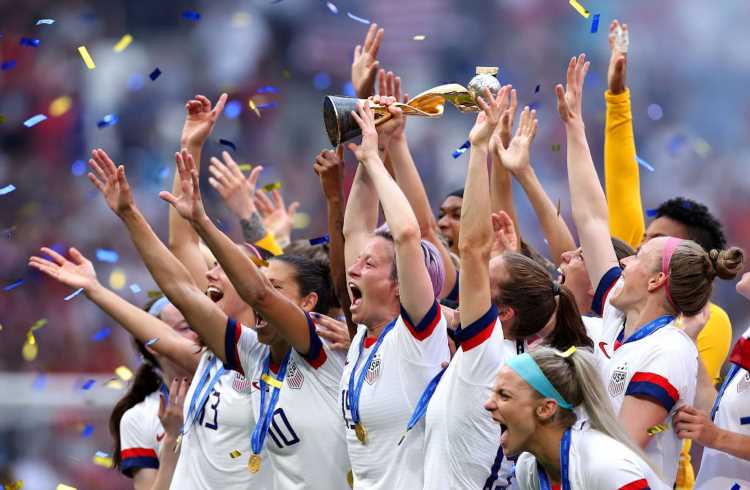 After the U.S. claimed the FIFA Women’s World Cup with a 2-0 victory over the Netherlands, the crowd’s cheers of jubilation slowly turned into chants for equal pay.

Watch the video below.

Infantino said that they would double the women’s prize money in 2023, but U.S. midfielder Megan Rapinoe said in a press conference prior to the final that it’s not enough.

“It certainly is not fair,” she stated. “We should double it now and then use that number to double it or quadruple it for the next time.”

The members of the U.S. team have long been vocal about the unfair pay gap between the women’s and men’s pay checks. In 2016, Rapinoe, Carli Lloyd, Becky Sauerbrunn, Alex Morgan, and Hope Solo filed a federal complaint of wage discrimination with the Equal Employment Opportunity Commission. The team eventually reached a collective agreement for higher pay.

In March this year, team members also filed a federal lawsuit against the US Soccer Federation, alleging “intentional gender discrimination”. Noting that, “Despite the fact that these female and male players are called upon to perform the same job responsibilities on their teams and participate in international competitions for their single common employer, the USSF, the female players have been consistently paid less money than their male counterparts. This is true even though their performance has been superior to that of the male players — with the female players, in contrast to male players, becoming world champions.”

Professional Footballers Australia, with the Matildas’ backing, have launched a campaign for equity in prize money and pay between the men’s and women’s World Cups.

While the Socceroos pocketed $8 million AUD for qualifying in the men’s World Cup last year, the Matildas only took home $1 million.