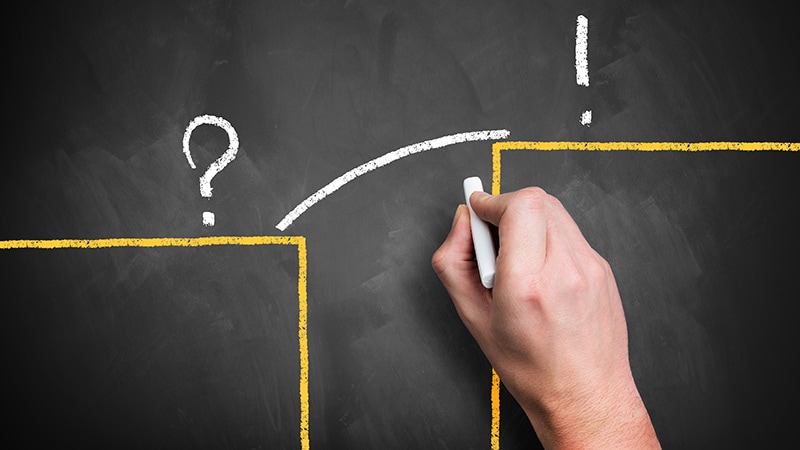 “The high rate of knowledge deficiencies and application errors of core elements of the McDonald Diagnostic criteria demonstrated by participants in this study raise pressing questions concerning adequacy of dissemination and educational efforts upon publication of revisions” to the criteria, co-investigator Andrew J. Solomon, MD, associate professor of neurological sciences and division chief of MS at Larner College of Medicine, The University of Vermont, Burlington, told Medscape Medical News.

Overall, the results underscore that “educational efforts are needed to ensure proper understanding and application of the MS diagnostic criteria,” Solomon said.

The findings were presented at the Consortium of Multiple Sclerosis Centers (CMSC) 2022 Annual Meeting.

Amid evidence of notable differences in therapeutic decision-making patterns between MS specialists and neurology nonspecialists, some evidence has emerged suggesting the differences could reflect knowledge gaps in standard practices, with potentially detrimental implications.

To further evaluate levels of knowledge of key MS diagnostic and management practices, the current investigators conducted an online survey in August 2021.

It included 26 MS experts from diverse academic centers in the United States and Canada and 100 randomly selected US-based neurologists who reported managing three to 15 patients with MS per week.

Questions on the survey were selected to assess clinicians’ understanding and application of the McDonald Diagnostic criteria for MS, as well as clinical decision-making strategies.

Among the respondents, the general neurologists scored well in classifying common presentations that are typical for MS but misclassified various syndromes. For example, 54% incorrectly identified bilateral optic neuritis as a typical presentation vs 19% of the experts (P < .01).

When presented with a case, 63% of general neurologists misapplied dissemination in time (DIT) criteria compared with just 8% of MS experts (P < .01).

Most general neurologists and MS experts were able to identify negative prognostic factors in MS, such as spinal lesions. However, the two groups varied in how the factors influenced their therapeutic decision-making in clinical scenarios.

For instance, when presented with a newly diagnosed young female with moderate risk factors, 51% of experts prioritized high-efficacy injectable/infusion therapy including natalizumab, ocrelizumab, or ofatumumab vs 32% of general neurologists (P < .01).

In managing a sensory relapse in a patient already on disease modifying therapy (DMT), 92% of MS experts said that they would recommend switching therapy compared with 66% of general neurologists (P < .01).

Solomon noted that key practices that may contribute to some disadvantages among general neurologists include an overuse of MRI findings.

“There has been concern, raised by previous studies, regarding the overreliance on MRI at the expense of clinical history and findings — and its contribution to MS misdiagnosis,” he said.

“The lack of understanding for basic terms pertaining to aspects of the McDonald criteria that incorporate MRI was striking, and potentially could exacerbate the problem of MS misdiagnosis in practice,” he added.

The survey shows “there were significant differences between MS experts and general neurologists in the classification of clinical syndromes as typical of MS and correct classification and identification of periventricular and juxtacortical lesions,” co-investigator Jiwon Oh, MD, St. Michael’s Hospital, University of Toronto, Ontario, Canada, said while presenting the research to CMSC attendees.

There were also important differences in “the ability to apply DIS and DIT criteria and in the early use of and likelihood of switching to high efficacy therapies,” said Oh.

“These data suggest a need for education focused on the application of MS diagnostic criteria and important prognostic factors that may influence treatment decisions,” he added.

Commenting on the findings for Medscape Medical News, Corey Ford, MD, PhD, professor of neurology and senior associate dean for research at the School of Medicine, University of New Mexico, Albuquerque, said he felt that “some of the knowledge ‘gaps’ identified are less concerning than others.”

For example, the next version of the McDonald criteria is likely to include optic nerve lesions as part of DIS, so that is an understandable perception, said Ford, who was not involved with the research.

In addition, “selection of a DMT for newly diagnosed patients does not have a standard of care algorithm,” he said. “Choosing drugs for a single patient is complicated by many factors, not [the least of which] are the wishes of the patient.”

Ford noted that infusion centers may be difficult to access for some venues “and so-called ‘high-efficacy’ drugs can be harder to manage.”

He added that a modest, nondisabled sensory relapse with good recovery may not necessarily represent a signal to change the DMT.

However, the implications concerning a misdiagnosis “would be a major concern, so education in the definitions and application of juxta- vs peri- prefixes is an important target for improving care,” Ford concluded.