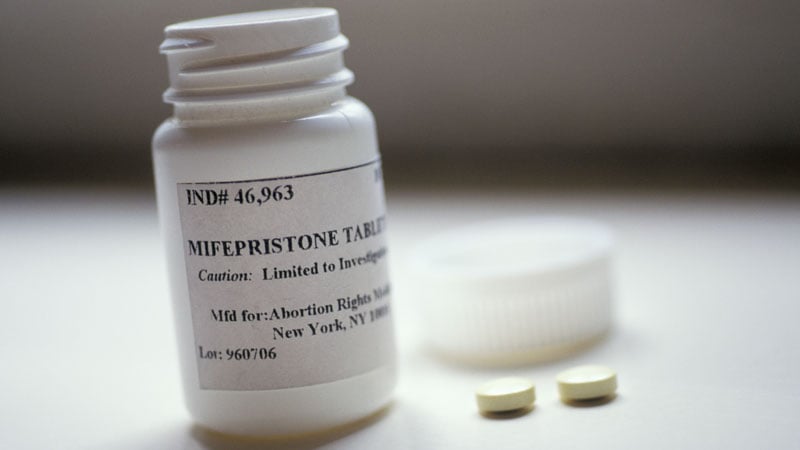 ATLANTA (AP) — Republicans in Georgia have introduced a bill that bans the delivery of abortion pills by mail. It would require anyone who wants to use abortion pills to visit a doctor in advance and then return to pick up the pills.

The lawmakers also want to require women to undergo physical exams including ultrasounds, and then sign an extensive consent form at least 24 hours before doctors provide the pills.

Senate Bill 351, introduced Tuesday by Republican Sen. Bruce Thompson of White and cosponsored by 23 other GOP senators, responds to the U.S. Food and Drug Administration’s December decision that changed a federal rule that had required women to pick up the medication in person. The federal government had already set aside the rule temporarily during the COVID-19 pandemic.

Thompson, who’s running statewide for labor commissioner, said he thinks it’s too risky for physicians to dispense the pills without an in-person exam.

“It puts great risk on those females who make that choice,” he said. “What we’re asking is that these females have a physician involved.”

Supporters of abortion rights held a news conference Tuesday to promote a legislative resolution that would go in the opposite direction, reaffirming abortion availability in Georgia.

“We need to continue to reframe this issue,” said Rep. Park Cannon, an Atlanta Democrat. “Access to abortion in Georgia is supported by 70% of voters and the elected officials are playing games with health care during a pandemic.”

Georgia would join more than a dozen Republican-led states that have passed measures limiting access to the pills, including outlawing delivery by mail. A law with some of the same language was passed in Oklahoma last year, suggesting the Georgia bill is part of a coordinated nationwide effort by anti-abortion groups.

The bill’s prospects are unclear, though. Republican House Speaker David Ralston of Blue Ridge told reporters before the session that he’s not interested in more abortion legislation until the U.S. Supreme Court rules on Mississippi’s challenge to the 1973 Roe v. Wade decision that legalized abortion nationwide.

The measure would make prescribing abortion drugs without following state law a crime. It also expand abortion reporting requirements, and allow civil fines of at least $100,000 per violation. Reporting violations also could threaten the physician’s license, and justify malpractice suits by their clients, even when women suffer no physical harm.

Roula AbiSambra of the abortion rights group Amplify Georgia said the additional requirements are “death by a thousand cuts” and could deter physicians from offering abortions altogether.

Medication abortion has been available in the United States since 2000, when the FDA first approved mifepristone to terminate pregnancies up to 10 weeks. Taken with a hormone blocker called misoprostol, it constitutes the so-called abortion pill.

About 40% of all abortions in the U.S. are now done through medication — rather than surgery — and that option has become more common during the COVID-19 pandemic.

Right now, abortion pills can be prescribed in Georgia 24 hours after a telephone consultation by a physician or someone working for the physician. No physical exam has to be performed and a patient only has to be told a few things. The proposal would require that a patient sign off on 15 individual statements. Among them: A claim that the pills can be reversed by taking the hormone progesterone. The American College of Obstetricians and Gynecologists says there’s no systematic proof of that.

The group says forcing a doctor to make such a claim to a patient is “dangerous political interference” that will “compromise patient care and safety.”

The physician would also be required to schedule a follow-up visit two weeks later.

The bill would also ban abortion pills from being provided on the campus or any public or private school, college or university in the state.

In 2019, Georgia passed a law would have banned most abortions once a “detectable human heartbeat” is present. Ultrasounds can now detect cardiac activity in embryonic cells that will eventually become the heart as early as six weeks into a pregnancy, before many women realize they’re pregnant. A challenge to that law remains before the 11th U.S. Circuit Court of Appeals,  which is waiting for U.S. Supreme Court guidance in a Mississippi case.