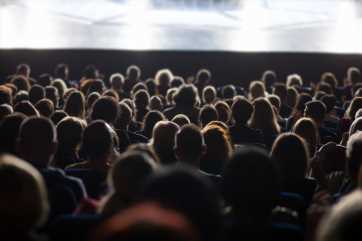 In May, the annual meeting of internists in Germany took place in Wiesbaden – and was attended by around 8,300 physicians and experts, as well as 2,000 patients.

The 125th Congress of the German Society for Internal Medicine (DGIM) looked at digital medicine and the opportunities, risks and perspectives in connection with major topics such as intensive care medicine, rare diseases, non-drug therapies and health research. So, what opportunities does digital medicine offer the internist?

According to speakers at the congress this year, the aim must be to use digitisation tools effectively in order to facilitate earlier diagnosis and better treatments.

“Ultimately, we want to gain more time to turn to the patients – a concern of ours that can be achieved with digital medicine, if used properly,” said Professor Claus Vogelmeier, chairman of the event.

The conference looked at big data and data security, as well as personalised colorectal cancer screening and the potential for digital tools in specific diseases such as thyroid carcinoma.

Doctors should not be controlled by fears, but by hope and optimism, said Professor Vogelmeier, while Frank Ulrich Montgomery, president of the German Medical Association (BÄK), argued that Germany was behind in terms of digitising its healthcare system, particularly when compared to other modern industrialised countries.

“In many countries that we regard as developing countries, the possibilities and opportunities of digitisation have been used and understood much more than in our country, ” he told delegates at the event.

The conference also organised a special ‘Patient Day’, which was attended by around 2,000 people, and, at a press conference, physician and comedian Eckart von Hirschhausen talked about empowering patients through the use of digital tools.

In addition, the congress presented to the public results from research carried out by the German Centers for Health Research (DZG), in which certain major disease areas are investigated and researched with a result- and application-oriented approach.

The aim is to prepare internists for everyday practice and shift the focus to a holistic approach, according to speakers at the event.

Meanwhile, with the “Young Internists Forum”, the congress was also aimed specifically at students and young doctors of internal medicine who visited it numerous times.

More information can be found here.

Anna Engberg is a Wiesbaden-based freelance journalist specialising in health and technology.