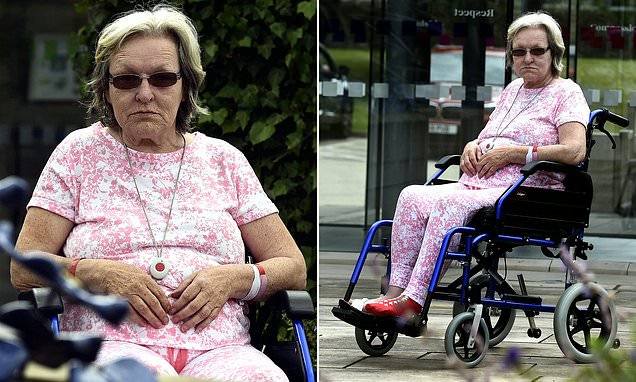 Grandmother, 63, has two months to live after doctors repeatedly dismissed her spinal cancer as a slipped disc

A grandmother reportedly has just two months to live after doctors repeatedly dismissed her spinal cancer as a slipped disc.

Linda Hind, 63, has been in agony ever since she hurt her back in September last year.

Mrs Hind, who lives in the village of Edrom in the Scottish Borders, had a scan in November, which medics claimed showed a slipped disc.

After being sent home from hospital with painkillers three times, a consultant ‘who actually had a brain’ looked closer at her patient notes.

This led to Mrs Hind being diagnosed with spinal cancer that has spread to her brain last month.

A neurosurgeon has since told Mrs Hind he could have treated her if she had come six months earlier. 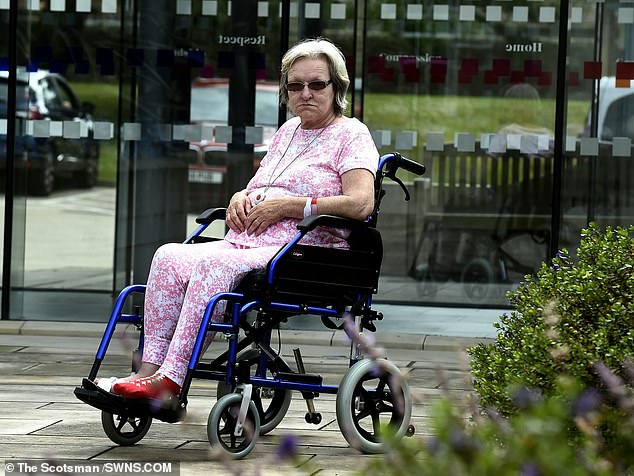 Linda Hind (pictured) has just two months to live after doctors dismissed her spinal cancer as a slipped disc. She claims she was repeatedly sent home from hospital with painkillers 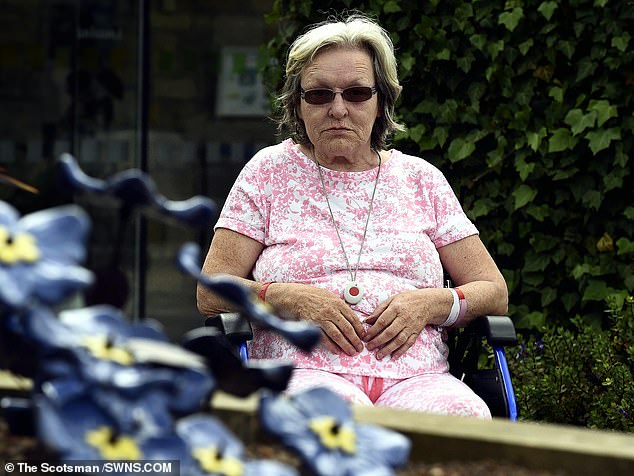 The grandmother alleges she was only diagnosed after a consultant who ‘actually had a brain’ looked at her hospital notes properly. The disease has spread from her spine to her brain

Speaking of the ordeal, Mrs Hind said: ‘When I was told I had only two months left it broke my heart.

‘I know I won’t see my grandchildren grow up and I’ll miss all their milestones.’

Mrs Hind claims she was admitted to Borders General Hospital around two or three times after she hurt her back.

On each occasion, she was reportedly given painkillers and sent home.

Spinal cancer occurs when abnormal cells grow out of control in the spinal cord or the bones, tissues, fluid or nerves that make up the backbone.

The disease is relatively rare, affecting around 24,000 Americans every year. Its UK prevalence is unclear.

It involves an angiography, which is a type of X-ray that looks at blood vessels.

It also involves a bone scan, lumbar puncture and other imaging tests.

Treatment varies depending on the location and severity of the tumour.

Surgery only takes place when the tumour affects just one portion of the spinal cord.

Chemo may be administered orally, intravenously or directly into the spinal fluid.

Radiotherapy is often used after a tumour has been removed to destroy microscopic malignant cells that may have been left behind.

‘The pain got worse and worse, and I live by myself so there was no way I could cope,’ she said.

‘One time they discharged me at lunchtime and I was back in that early that evening.

‘Another time, someone, perhaps a neighbour, made a 999 call and got me back into the hospital.’

Mrs Hind claims she received a letter from NHS Borders a few months ago.

The letter reportedly said medics had carried out an X-ray before Christmas but forgotten to follow it up.

This led to Mrs Hind meeting with a specialist last month.

‘I was seen by a consultant at Borders General who actually had a brain,’ she said.

‘He said to me, “Linda, I’m not happy with these notes, there’s something wrong here. Please give me five-to-10 minutes to read them”.’

Once diagnosed, Mrs Hind met with a neurosurgeon at the Western General in Edinburgh, who she had ‘begged’ to be referred to months before.

He reportedly told her ‘had you got here six months earlier I could have done something.’

Mrs Hind and her family are considering taking legal action against the trust NHS Borders.

‘What I want is for them to tell the truth, do their job properly and diagnose patients as they are meant to do,’ she said.

‘I just don’t want them to have the opportunity to do this to someone else.

‘Anyone who knows me knows I don’t complain. If I need to go to the doctor I need to go, it’s not a social thing.

‘Had I treated my dog like that I’d be in prison.’

NHS Borders claims it is attempting to contact Mrs Hind to discuss her case and review the care provided.

In a statement, a trust spokesperson said: ‘The care and treatment of all our patients is a priority for NHS Borders.

‘Whilst we cannot comment in public on individual cases because of patient confidentiality we are sincerely sorry to hear about Ms Hind’s illness and the concerns she has raised.

‘We are trying to contact Ms Hind to offer a meeting to review the care she received and give her the opportunity to discuss her experience with us.’