For many people, pregnancy can be a time where there’s a lot of extra attention on your body. This can be positive for some folks (feeling more connected to their bodies, learning new things about themselves and how they need and want to practice self-care) and also pretty dang anxiety-inducing for others (having a lot of people who are not your doctor offering unsolicited opinions, a lot of frantic googling, the pressure you feel to care for your body in one particular way, etc.) — and it’s the latter that Halsey, who graced the cover of Allure during her pregnancy, opened up about in charming but all-too-real detail. 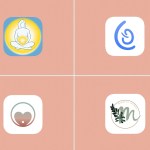 The Best Birth & Pregnancy Meditation Apps To Download In 2021

Particularly when it came to taking her prenatal vitamins, the singer said that she felt awful when her body and experience with nausea was just not making it possible for her to stick with that routine.

“I took them the first two months, and then the vomiting got really bad, and I had to make a choice between taking my prenatals and throwing up or maintaining the nutrients I did manage to eat that day,” she told Allure. “I was on so many medications — …all these anti-nausea, anti-vomiting medications. I went to my doctor, crying my eyes out, and I was like, ‘I haven’t taken my prenatals in six weeks. Is my baby okay?’”

There are numerous reasons different people deal with extreme nausea or morning sickness during a pregnancy and as Not Her Doctor, it’s not our place to speculate on how or why her body experienced what it did (though she did tell the magazine that she and baby both got a clean bill of health from her doctors, and we’re thrilled to hear that!). It’s the all-too-familiar mom guilt though — feeling an impossible pressure to follow some strict, prescriptive model of “the right thing” while trying to conceive, during pregnancy or just in parenthood — that really hit home.

“I was so angry with myself.You have one f–king job! One job! Take your prenatals! Your body’s doing everything else, you can’t even do that,” she said. “I felt like such a failure.”

But, of course, she isn’t and wasn’t a failure! And she even goes on to say that she absolutely had this one vision (maybe a little rose-colored) for how she would operate during her pregnancy while first going into it, and instead had to come to accept a less Instagram-worthy and more “get it done” kind of route to giving birth.

“When this pregnancy started, I was like, ‘You’re going to do yoga and eat flaxseed. You’re going to use essential oils and hypnobirth and meditate and fucking journal every single day,” she said, adding quickly: “I have done none of those things. Zero. None. I eat cookies and had a bagel every single day for the first five months of my pregnancy.”

While there’s always times when we all envision ourselves as the yoga and flaxseed version of ourselves (the one that has time to make fresh green juice and actually likes the taste), it’s so important to know that in pregnancy — just like any other deeply personal or challenging part of a person’s health journey — it’s important to leave space for yourself to not live up to impossible expectations and to remember that you certainly don’t need to perform for anyone else.

Before you go, check out our pregnancy and bed rest survival kit for staying comfortable and sane: