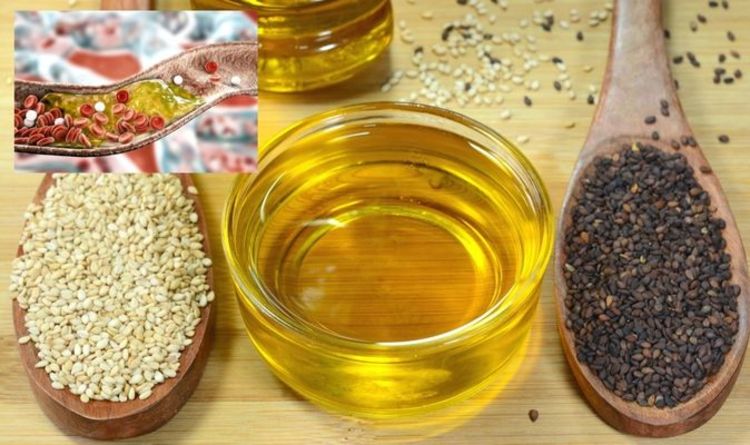 Sesame oil is a naturally flavoured oil that is rich in polyunsaturated fats such as omega-3 and omega-6.

A study comparing the health benefits of olive and sesame oil found that sesame oil had a stronger effect on cholesterol levels.

48 patients were recruited for the study and divided into two groups.

Both groups consumed 60g (4 tablespoons) of oil daily, replacing other dietary oils they would use.

Cholesterol levels were examined at the end of one month.

The patients recruited all had high cholesterol to begin with and were not taking any medications to lower their cholesterol levels.

Sesame oil has also been identified as having anti-inflammatory properties.

It has seen use in traditional medicine for some time because of this.

Sesame oil has been identified in some studies as combatting atherosclerosis, the narrowing of blood vessels.

Atherosclerosis is a risk factor for more severe cardiovascular diseases, as the narrowing of blood vessels increases blood pressure and increases the risk of a blockage occurring that would lead to a heart attack or stroke.

Sesame seeds are rich in fibre, protein and a number of vitamins.

Not all of these nutrients are present in the refined oil.

The antioxidants produced by the plant can be found in the oil.

This includes vitamin E and a group of chemicals called lignans.

Lignans are a type of phytoestrogen linked to strong dietary benefits.
Sesamin, one of the lignans in sesame, was found to reduce high blood pressure.
Small studies have found positive benefits of the oil on blood sugar among people with type 2 diabetes.

Lignans are a type of phytoestrogen linked to strong dietary benefits.

Sesamin, one of the lignans in sesame, was found to reduce high blood pressure.

Small studies have found positive benefits of the oil on blood sugar among people with type 2 diabetes.

The studies on sesame oil and sesame seeds have broadly looked at the impact on people not taking any other medication or medical treatment.

This means that it may compound the effects of medication and produce harmful effects.

Consult with your doctor before trying to apply nutritional advice found on the internet.