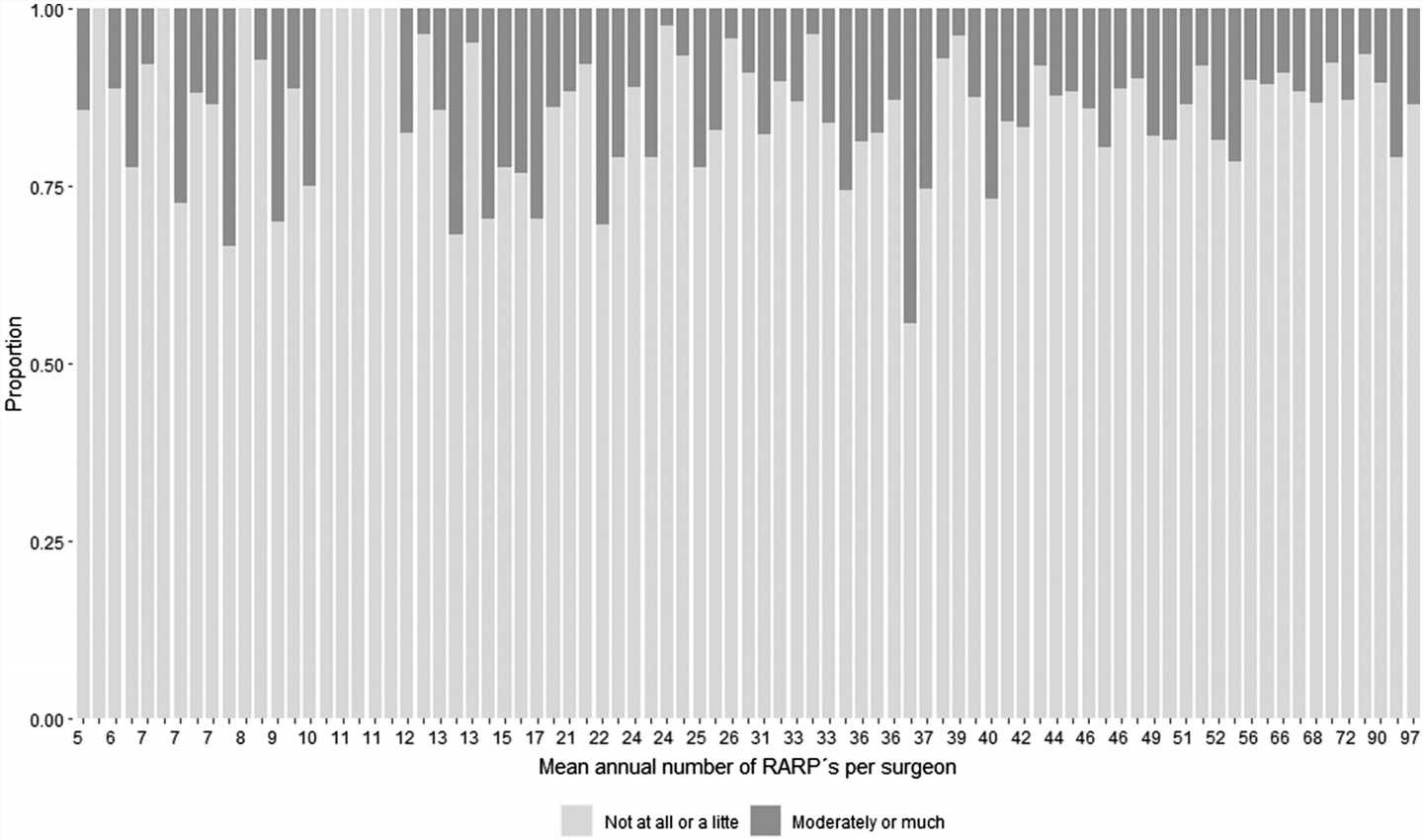 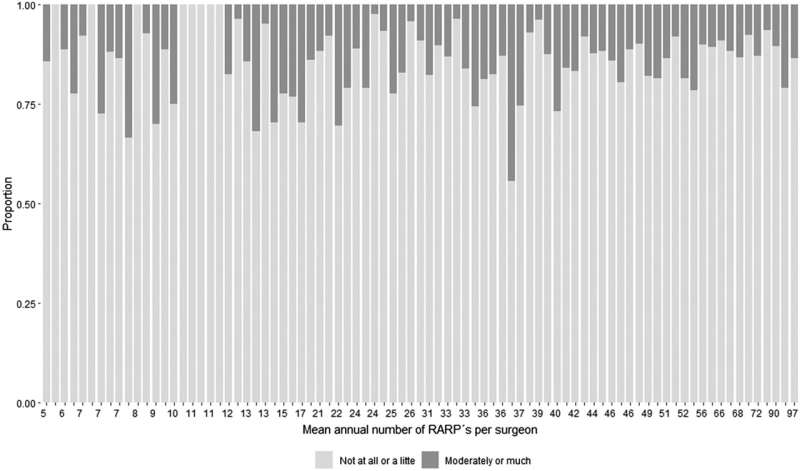 In men who have had prostate cancer surgery, urinary incontinence is a common side effect. Its frequency varies from one surgeon to the next. In a major University of Gothenburg study, the number of surgeries performed by the urology surgeon made no difference to the patients’ incontinence risk. This surprised researchers.

Prostate cancer is the most common form of cancer in men, with some 10,000 new cases detected annually in Sweden. If the tumor has not spread, the prostate gland is often operated on, usually with a robot-assisted, laparoscopic technique. Immediately after the procedure, almost all men are incontinent, because of disturbed activity in the sphincter (surrounding the upper part of the urethra) caused by the operation. This circular muscle is located just below the prostate. This urinary incontinence usually disappears after a few months, but there is a risk of it persisting.

High volume has no effect

In the study, researchers wanted to find out whether men operated on by surgeons performing many radical prostatectomies per year had a lower risk of becoming incontinent. Rebecka Arnsrud Godtman, associate professor (docent) of urology at the University and specialist physician in the Prostate Cancer Center at Sahlgrenska University Hospital, is the study’s first author.

“For other surgeries, patients of surgeons who perform the operations frequently are known to have fewer complications. It’s a plausible association, since ‘practice makes perfect.’ But to our surprise, we couldn’t see that link. In the men operated on by high-volume surgeons, the risk of postoperative urinary incontinence was no lower than in those whose surgeons were less experienced. This underlines the importance of feed-back to surgeons by use patient-reported outcome measures (PROM) in order to improve surgical technique to obtain better results,” Godtman says.

The study uses data from the National Prostate Cancer Register (NPCR) of Sweden on men who, between 2017 and 2019, underwent robot-assisted radical prostatectomy.

One year after the operation, the men were sent a questionnaire. Just over half (4,668) of them responded. The questionnaire included questions about urinary incontinence. The study analyzed whether there was an association between the average number of procedures a surgeon performed in three years and their patients’ incontinence risk. Since experienced surgeons may conceivably take on serious cases more often, the researchers adjusted for tumor severity, size, and the man’s overall health and age.

One year after surgery, 14% of the men had urinary incontinence. The operations in the study were performed by 83 surgeons. For 15 of them, the patients had a lower incidence of incontinence than expected, while for six of the surgeons, the incidence among their patients was higher, regardless of how many procedures the surgeons performed during the study period.

Dare to ask your surgeon

NPCR statistics on patient-reported outcome measures including urinary incontinence risk, which are available to the surgeon and clinic, are a vital tool in the task of improving health care quality.

“Surgeons can access the Register, see their own results, and compare with others. As a patient, you can always ask your surgeon how good their operation outcomes are, compared with colleagues. I think the surgeon should be able to answer that,” Godtman says.

The patients’ were an average 66 years old when they had the surgery. The study confirmed results from previous research, which showed that both higher age and comorbidity spell an increased risk of urinary incontinence after surgery.