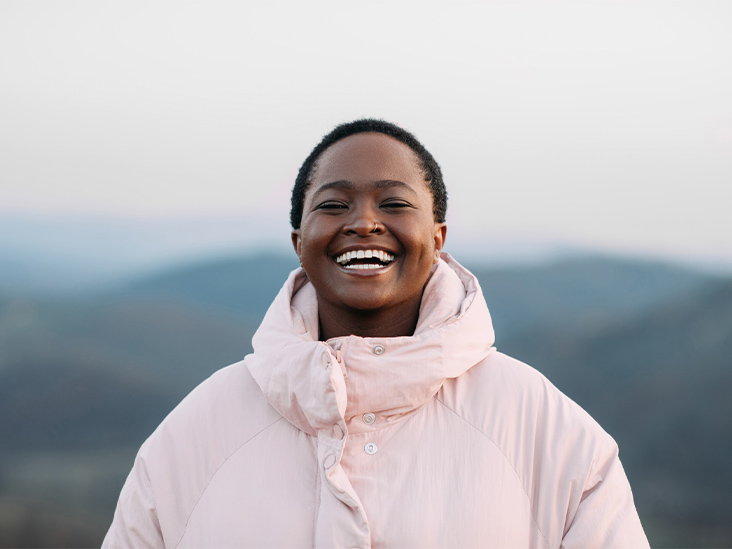 In today’s consumerist, fast-moving culture, the pursuit of meaning in life may not be everyone’s immediate goal. However, research shows that finding meaning in life, whatever that might be for the individual, could significantly benefit well-being. 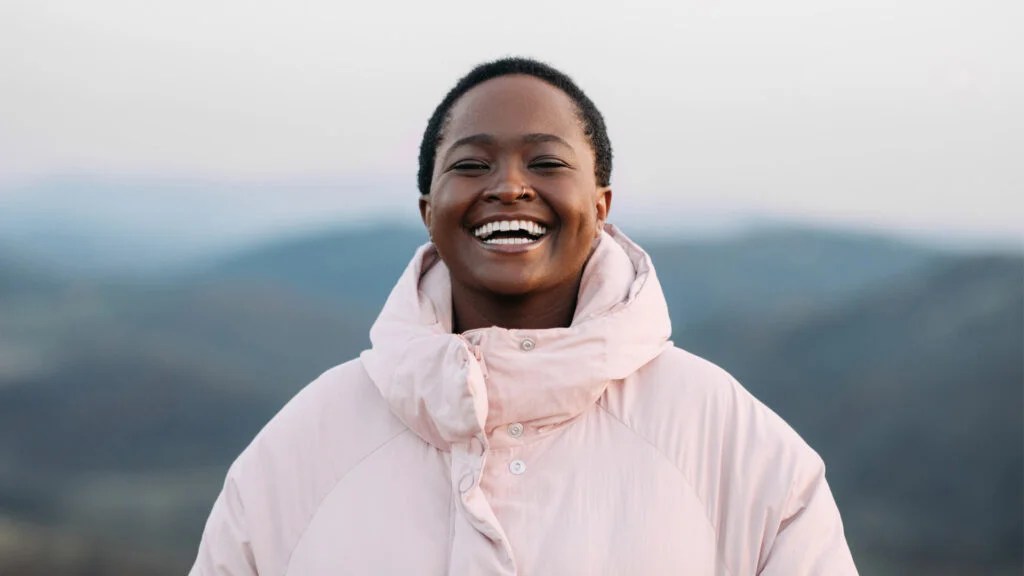 The pursuit of meaning has underlined human activity for millennia, if not longer — stretching back to thinkers like Aristotle and Plato all the way up to modern-day philosophers, psychologists, and scientists.

While different understandings of meaning coexist, both secular and religious thinkers agree that “meaning-search” is a quintessential part of being human — whether they believe that it stems from biological evolution or an innate predisposition. In the Islamic tradition, for example, this is known as the “fitra.”

The central role played by the search for meaning in human experience should come as no surprise. Research shows that not only does finding a sense of meaning in life inform our goals and priorities, but it also shapes how we respond to life’s twists and turns.

Studies, for example, consistently demonstrate a link between finding meaning in life and experiencing psychological well-being.

How do we derive meaning in life?

A recent study published in Nature Human Behaviouralso suggests a fourth source of deriving meaning in life — experiential appreciation, or appreciating the small things in life, such as a simple coffee or the beauty of a sunset.

When asked whether any of these four facets are more beneficial than others for psychological well-being, Prof. Joshua Hicks, professor of social and personality psychology at Texas A&M University, one of the authors of the study cited above, told Medical News Today: “My guess is that an optimal sense of meaning is derived from high levels of each of the facets. That said, it is likely that different factors are more important in different situations across the lifespan.”

“For example, trauma has the potential to lower meaning in life as the experience is often inconsistent with our worldviews, e.g. bad things are not supposed to happen to good people. This, in turn, can disrupt our sense of coherence. Therefore, it might be especially important for one to reestablish coherence during these times.”

“As we age, a sense of mattering may become more important to individuals, perhaps to placate fears of one’s mortality alongside other age-related concerns. I assume experiential appreciation varies across the lifespan and is perhaps even more important as we age as it helps life seem worthwhile even if long-term goals seem less attainable- perhaps generating a loss of purpose- and memory gets more fragmented, leading to a loss of coherence,” he added.

Prof. Rebecca Schlegel, professor of social and personality psychology at Texas A&M University, also an author on this study, cautioned that while a “successful” meaning search may be beneficial, an unsuccessful search for meaning may be counterproductive.

“I think searching but feeling like you didn’t come up with a satisfying answer can actually backfire. For example, someone may search for a cosmic or ultimate meaning and end up feeling disappointed. By comparison, looking for the beauty in everyday life can help you experience a successful search for meaning,” she told us.

Evidence shows that self-transcendent values — going beyond meeting one’s own wants and needs in pursuit of higher goals — may also contribute to a successful search for meaning.

In a recent study from the Journal of Experimental Social Psychology, researchers reminded people of stressful topics previously shown to make participants upset and defensively hostile. They then asked participants to describe how their life goals reflected their highest values.

The researchers recorded participants’ brain activity via EEG, and used questionnaires to assess various aspects of their personality.

In the end, they found that people who are persistently engaged in the pursuit of deriving meaning, and focus on selfless, self-transcendent values, tend to have more feelings of personal power in stressful situations and make less harsh judgments.

When asked why this might be, Prof. Ian McGregor, professor of psychology at the University of Waterloo, and first author of the study, told MNT that focusing on non-materialistic guiding values makes us more resilient to frustrations and failures in life.

He noted that focusing away from material reality and on guiding values can activate a “basic dopaminergic motivational system that automatically mutes anxiety and related phenomena.”

He added that when coupled with self transcendence, the search of meaning can also make people more generous and forgiving as they have “less need to respond to anxiety with defenses that are hostile or self-serving.”

“Self transcendence is the most popular way that people try to have meaningful lives — by helping or contributing to others,” said Prof. McGregor.

This, he noted, may be because abstractions such as personal values often require social consensus for them to feel real, which can be achieved if they also provide value to others.

That self transcendence and a sense of “virtuousness” help others find meaning in life, however, is not a new concept. It is a common value among the world’s cultures and major religions, often expressed through “the golden rule” of “doing unto others as you would have them do unto you.”

There is also research that shows that feeling accountable to “a higher power” may motivate more consistent altruistic behavior, and lead to higher psychological well-being in the form of feeling like one matters to others, attaining a sense of dignity, and having meaning in life.

When asked how accountability to a higher power may relate to finding meaning in life, Dr. Blake Victor Kent, assistant professor of sociology at Westmont College, who studies the sociology of religion, told MNT:

“Meaning gives us a framework, a narrative, to place ourselves in a larger story and arrive at the conclusion that our existence matters. […] Accountability to God taps into meaning since it is a way of affirming that we are in a relationship with a higher power that has our good in mind.”

“When we approach big questions in [relation to God or a higher power] and order our lives so that they reflect values which transcend perceptual limitations, we can tap into meaning in a powerful way,” he added.

Given that 84% of the world’s population is religiously-affiliated, examining the effects of beliefs surrounding a higher power on meaning and, consequently, psychological well-being, is key to understanding more about the human condition.

For many, belief in a higher power also provides an underlying, primary cause for natural phenomena — an origin story — and thus a primordial meaning.

It provides the view that everything in the universe — from human bodies to intergalactic objects and the physical laws that govern them — is contingent on the existence of this all-powerful being.

As religious or spiritual frameworks provide a direct connection to this higher power, some researchers argue that, for some people, they provide a more comprehensive and existentially satisfactory framework of meaning than a purely secular outlook.

To understand how belief in a higher power as a source of meaning may benefit psychological well-being, MNT spoke with Muhammad Abubakar, doctoral researcher in clinical psychology at Fielding Graduate University and senior student at Qalam Seminary.

He noted that believing life is a “moral test” for a more permanent afterlife may motivate people to “do good works, maintain good character and hygiene, among other things which benefit one’s health and quality of life.”

He further explained that belief in God and an afterlife can help people maintain resilience during difficult times or when faced with chronic medical conditions.

When asked how to approach the search for meaning, Prof. Schlegel noted that striving to be consistent with one’s moral values may help increase feelings of meaningfulness:

“A lot of my work is on how people use their true self-concept as a source of meaning and moral codes are a defining feature of true selves. To that end, living in ways that are consistent with your morality (e.g. in your job, in your relationships, etc.) is a big part of [finding] meaning in people’s lives.”

Prof. McGregor also added, however, that striving for meaning may come with cons as well as pros:

Prof. Hicks agreed that “the current state of the world is not very conducive to a personally meaningful existence.”

“War, eco-anxiety, pandemics, and political polarization can all disrupt our sense of meaning,” he pointed out.

“Yes, each of these things can crystallize our goals, perhaps temporarily leading to a greater sense of purpose, but I am not sure if this can lead to a sustained sense of meaning because each of them is also related to fear and distrust that certainly interferes with our ability to detect meaning in our daily existence,” he noted.

Dr. Kent added that, seeing that many of the stable institutions that provided a framework for meaning in the past are currently being questioned, we are “living in a tumultuous social and existential moment.”

“Times are changing, but fundamental social, psychological, physical, and spiritual needs are not,” he said.

“I think the improvement that comes along with looking for meaning is most effective when it’s grounded in a true desire to understand how we fit in this world,” he explained.

As for how to know this, Abubakar noted that a good place to start may be taking some time out from the clamor of day-to-day life to reflect on the intricate design of the universe we inhabit, how it all came to be, and what it all might mean for our purpose.