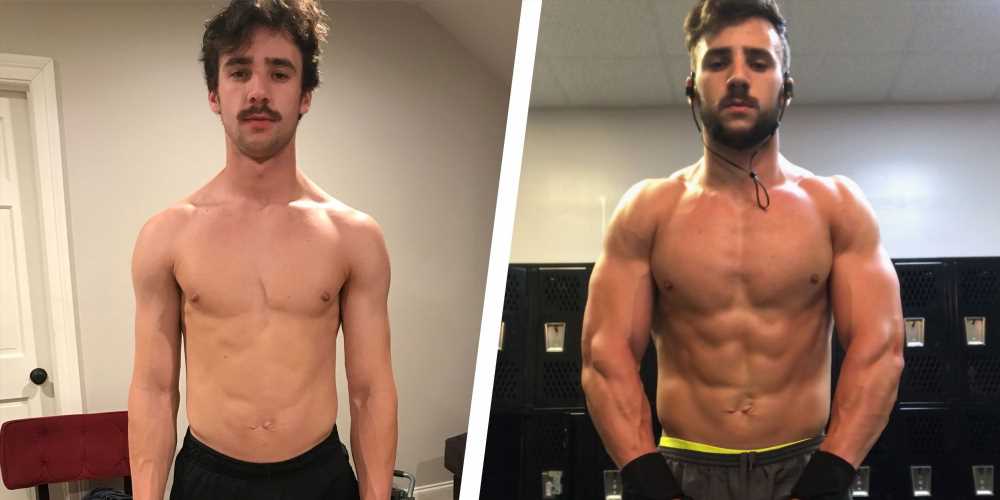 We all know that when life gets busy, it’s easy to slack off when it comes to hitting the gym and eating right. As a harried college student in New Orleans, Louisiana, Hayden Euper couldn’t make the time to buff up his lean body. Luckily for the 20 year-old, he had a whole summer in which he could dedicate himself to toning up. So that was the question: How much progress could he make with four months devoted to gym and diet?

Euper started with 173 pounds on his 6’1” frame. Working without a trainer, he researched lifts online to develop a routine. “Because I was looking to put on muscle,” he says, “I knew I would have to lift heavy and often, and limit cardio to prevent excess calorie burn.” He started with full-body workouts three times a week for the first eight weeks. (He felt that his body responded better to a full-body workout than isolating muscle groups one at a time.) After that, he transitioned into upper-body workouts four days a week, mixing in two days of legwork.

Summer offered him more than just more gym time. “More than any workout I did, my diet was key,” he says. “I was under-eating at school, not sleeping well, and not consuming enough calories to grow.” Sleeping a full eight hours a night helped, and he pushed his diet to 3,000 a day, accounting for a high basal metabolism.

“The change came gradually,” Euper says. “I noticed about three weeks in that my shirts started to fit tighter, but mostly the weight I was able to push was changing, which was the most satisfying for me.” At three weeks of good eating, he’d added about five pounds to his weight. After that his gains slowed to about a half-pound to a pound a week, but that didn’t bother him. “Because I didn’t want to bulk by adding too much fat,” he says. “I was totally fine with gaining weight a little slower than some.” 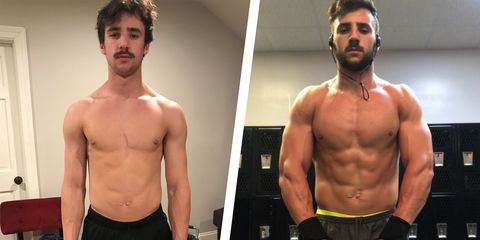 One of his biggest challenges, he says, was managing expectations. He wanted to focus on his own progress rather than compete with other people with different goals and body structures. “I think staying focused on being better than I was the day before was much more beneficial than comparing myself to people I see on Instagram or in the gym,” he says.

Ultimately, he wasn’t looking to impress others, anyway. He just wanted to challenge himself. “If I end up looking good because of it then that’s great,” he says, “but I chase the satisfaction of knowing I am pushing myself as hard as I can. I think lifting gives me a sense of satisfaction and mental toughness few other things can.”