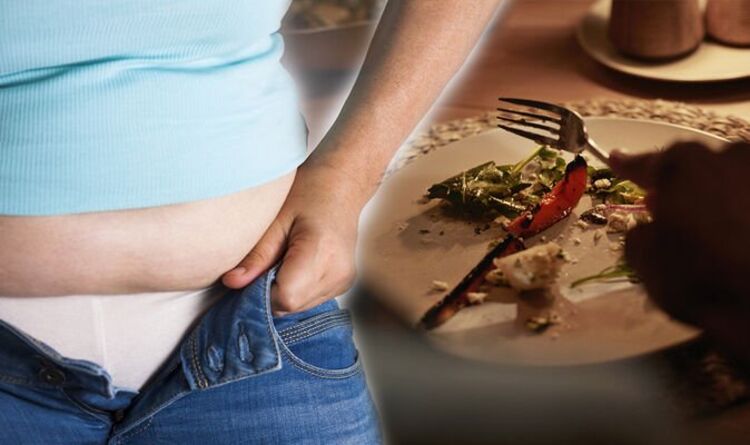 Visceral fat lies deep within a person’s body near vital organs. For this reason, visceral fat is referred to as “dangerous”. Food, diet and weight loss are a complicated matter and can often come down to the how and when you eat rather than what you eat.

Ancient Chinese medics believed that energy flowed around the body in parallel with the sun’s movements, and that our meals should be timed accordingly.

Dinner, they hypothesised, should be a light affair, consumed between 5pm and 7pm.

In one study involving overweight and obese women a specific time-related weight-loss diet was incorporated for three months.

Research found that those who consumed most of their calories at breakfast lost two and a half times more weight than those who had a light breakfast.

Those who ate most of their calories at dinner had less results even though they consumed the same number of calories overall.

Some preliminary evidence suggests that more energy is used to process a meal when it’s eaten in the morning, compared with later in the day.

This means a person burns slightly more calories if they eat earlier.

However, it’s still unclear how much of a difference this would make to overall body weight.

Another possibility is that late-night eating extends the overall window during which food is consumed.

This gives our digestive systems less time to recuperate and reduces the opportunity for our bodies to burn fat.

Eating late in the evening is a sure-fire way to increase belly fat.

Research published in Obesity Society shows that eating dinner earlier in the day can help with weight loss because you have more time to burn off the calories.

Experts recommend sticking to a consistent dinner time and schedule it for early in the evening.

When consuming your larger meals, preferably during the day, eating slowly and being mindful is also key.

It takes 20 minutes for your stomach to tell your brain that it’s had enough.

A study in the Journal of the American Dietetic Association found that slow eaters took in 66 fewer calories per meal, however, compared to their fast-eating peers, they felt like they had eaten more.