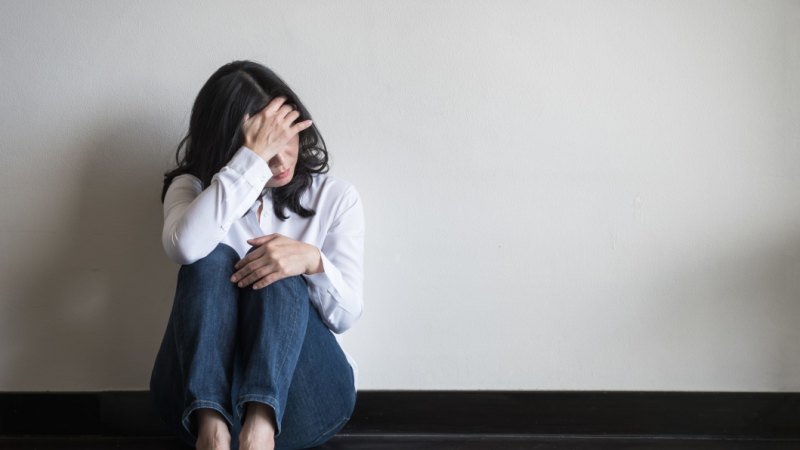 We live in cynical, disconnected times.

Neighbours don’t know each other. The internet is awash with anger. Kindness seems in short supply. 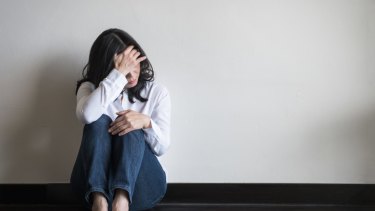 ‘Some real talk. This week is really tough. The anxiety is crippling me. Getting out of bed each morning is hard.’Credit:Shutterstock

We plug ourselves into our phones to shut out the world and avoid making eye contact with strangers.

It’s easy to believe that our sense of community has gone.

But last week, I was reminded of how different things can be if only we have faith in the goodness of people, and ask for what we need.

I’d been struggling with a particularly debilitating recurrence of the anxiety that has plagued me for most of my life.

In the spirit of honesty, I took to my professional Facebook page to share with my followers how I was feeling.

I wrote: “Some real talk. This week is really tough. The anxiety is crippling me. Getting out of bed each morning is hard.

The weight of the day sits so heavily it feels like there’s a barbell pinned to my chest. That familiar darkness has descended again and I’m struggling.

I write this because frankly it’s exhausting pretending everything’s ok when it’s not. Also, I’m done with hiding. We need to bring this stuff out into the light.”

I finished by sending strength and love to anyone who was feeling the same, reminding them that they were not alone.

And then, as I glanced at my cat, Hamish, curled up at my feet snoozing – as he often does on the tough days – I added as an after-thought: “PS If you felt like posting pictures of your pets in the comments that would really help.”

I was completely unprepared for what happened next. The pictures came pouring in.

People posted photos of their cats, dogs, rabbits, birds, horses and more – a virtual menagerie of love and support.

People posted photos of their cats, dogs, rabbits, birds, horses and more – a virtual menagerie of love and support.

Some offered warm words of encouragement and solidarity. Like Chester, the “Wonder Shitzu”, who “sees you, he honours where you are today and how hard you are working through it, and he sends you his tiny fierce love.”

Others talked of how their pets helped them survive their own mental health struggles.

Sarah, the owner of Sylvie, a gorgeous silver and white cat sent love and strength because, “Anxiety is exhausting … I feel the weight of it too. Keep on keeping on xx.”

Some simply posted a photo of their furry friend with a love heart.

Those who didn’t have pets sent me pictures of flowers or animals they found online, including a tiny goat balancing on top of a capybara, which made me chuckle for a good ten minutes.

These were, for the most part, people I had never met. I sat in front of my laptop weeping with gratitude at the incredible kindness of strangers.

I was so overwhelmed by this outpouring of warmth, I took to Twitter to express my surprise.

And then, on that platform too, the photos came flooding in. More strangers, reaching out to someone they didn’t know, for no other reason than it was the kindest thing they could do.

Several days and hundreds of pet pictures later, I sat on my couch, taking a moment to reflect on what had happened.

I was still battling the dark recesses of my own brain but I journaled about how this village of strangers had felt like a hug, a pep talk and a high-five all rolled into one.

And then, my thoughts were interrupted by the sound of my apartment intercom buzzing. It was a food delivery driver. But I hadn’t ordered anything.

When I went downstairs there was a huge tub of gelato waiting for me with no note.

I later learned that a friend had seen my post online and was so moved by it he felt compelled to send me something to brighten up my day and let me know I was not alone.

I messaged him to say thankyou and although we’d only met on a handful of occasions, he told me that it was my vulnerability that had touched him.

“Seeing other vulnerable people makes being vulnerable a little bit easier,” he wrote.

And that, right there, is what connects us. All of us.

In a world where we are too often divided by our differences, it’s our struggles that we have in common.

When we see someone suffering, as we have suffered, it’s a natural instinct to extend a hand of kindness.

It’s so important that we don’t let the noise and fury of the internet age drown out these acts of compassion and empathy.

This week, as I regain my strength, I will be focusing on the moments of human connection I forged with strangers simply by showing them the soft underbelly we too often keep hidden.

Because people are good. And good people want to help. We just need the courage to let them.

Jill Stark is a journalist and author of 'Happy Never After: Why The Happiness Fairytale Is Driving Us Mad'