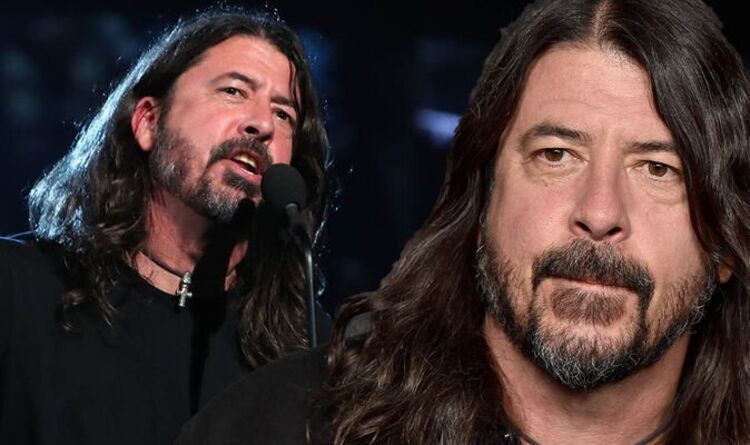 The British Tinnitus Association explains that tinnitus is not a disease or an illness, but rather a symptom generated within the auditory system. Usually it is caused by an underlying condition such as hearing loss, an ear infection, head or neck injuries and medication. Noises may be in one or both ears with some seeming like a familiar tune or song – musical tinnitus – or in time with the individual’s heartbeat – pulsatile tinnitus.

Speaking about his personal experience with the condition whilst appearing on The Howard Stern Show, Grohl, 53, explained that the condition is so bad in his left ear that he has relied on lip reading for the past 20 years.

“I haven’t had them tested in a long time — I mean, I know what they’re gonna say,” Grohl said, explaining why he avoids getting his ears checked by doctors

“[They are going to say] ‘You have hearing damage tinnitus in your left ear, more so than your right ear.'”

As well as being dependent on lip reading, Grohl admitted that he finds it extremely difficult to hear other people in public places, something that has only been made worse by the COVID-19 pandemic.

“If you were sitting next to me right here at dinner, I wouldn’t understand a f***ng word you were saying to me, the whole f***ing time,” he told Stern.

“There’s no way. In a crowded restaurant, that’s worse. That’s the worst thing about this pandemic s***, it’s like, people wearing masks.

Despite the challenges that tinnitus puts in his way, Grohl said he is able to hear “the slightest little things” meaning he is able to still record studio albums.

He added: “My ears are still tuned in to certain frequencies, and if I hear something that’s slightly out of tune, or a cymbal that’s not bright enough or something like that, in the mix, I can f***ing hear the minutiae of everything that we have done to that song; I really can.”

One thing that Grohl does slightly differently from other artists is when playing live shows, he prefers to ditch in-ear monitors, which help to protect artists’ ears.

“It just messes with your spatial understanding of where you are on stage.”

During lockdown, the British Tinnitus Association saw a 47 percent surge in those seeking help for tinnitus, a factor they thought could have been down to a break from performing.

James Ainscough, CEO of charity Help Musicians, an independent charity for professional musicians, is a keen amateur musician and in recent years has worked with the charity to support musicians’ health, welfare and careers.

In the past James has spoken about the work the charity does and how concerning rising levels of tinnitus is. He said: “Help Musicians UK has been doing great work for decades to support and empower musicians through all stages of their lives.

“In recent years we have been working hard to reach out to professional musicians of all ages, all genres and from all areas of the UK with research-based initiatives and funding programmes where the need is greatest. This will continue, with a growing emphasis on supporting musicians’ health and welfare in a joined-up way.

“Alongside more publicity for the issue that is tinnitus, thanks to the film Sound of Metal and leading artists such as KT Tunstall and Dave Grohl speaking out, there is still a lot more that needs to be done to help raise awareness of the damage musicians can suffer – as importantly, whilst hearing loss is irreversible, it is entirely preventable.”

Currently, the NHS recommends that those with tinnitus try self-help techniques such as deep breathing and yoga as well as finding ways to improve their sleep in order to cope better with tinnitus.

In addition, using hearing protection, turning down the volume of amplified music, taking care of your cardiovascular health and limiting the amount of alcohol, caffeine and nicotine you consume can also help prevent some kinds of tinnitus from developing.