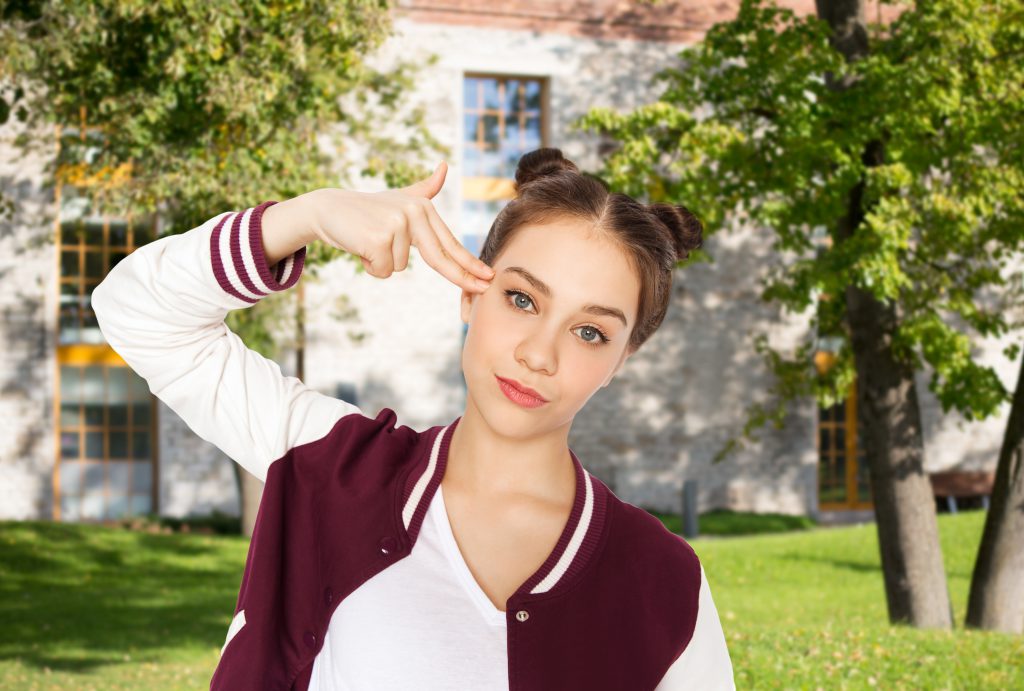 In a recent study has shown that girls with problematic social behavior show reduced brain activity. The new findings provide a neurobiological explanation for the difficulties of those Affected to control their feelings, and to provide a stimulus for the therapy.

Social behaviour disorders the most common reasons for a registration in children and youth psychiatric Specialist. These disorders are characterized by oppositional, aggressive, and dissoziales behavior (Dissozialität), and often with adverse mental development associated. The case Concerned a high risk of early School leaving, lack of vocational Integration, the development of mental illness or crime. In a study, it has now been found that adolescents with problematic social behaviour show reduced brain activity and a weaker cross-links between brain regions for emotion regulation is relevant.

As the University of Zurich (UZH) writes in a message, we move through in our youth a variety of physical and psychological changes that are associated with increased emotionality.

For the social Functioning in everyday life and also for your own physical and mental well-being, it is important for these feelings to recognise, process and control.

Teenagers suffer from a disorder of social behavior, this process is difficult, what leads to anti-social, often aggressive and clear of the ageing, non-standard reactions: to Swear, for example, Strike, Steal or lie.

An international Team of researchers from Switzerland, Germany and England were able to prove, using functional magnetic resonance imaging, that these difficulties at the level of behavior in the brain activity reflect.

Less activity in certain regions of the brain

In the in the journal “Biological Psychiatry: Cognitive Neuroscience and Neuroimaging” published study, the scientists examined the brain function of nearly 60 female adolescents between 15 and 18 years, using strategies of conscious emotion regulation.

Half of the group had a diagnosed disorder of social behavior, the other half of a normal social development.

In the case of the teenagers with a problematic social behavior in the prefrontal and temporal brain areas that control the cognitive control processes, showed less activity.

These areas were also less cross-linked well with other brain regions for emotion processing and cognitive control is important.

“The different neural activity in the two experimental groups may indicate fundamental differences in the emotional regulation”, explains the expert.

“You may be but also on a delayed brain development of the experimental participants with problematic social behaviour.”

As the communication explains, is worked in the treatment of affected young people mostly on several levels: on the emotional control, as well as on Recognizing, Processing and expressing emotions.

“Our findings suggest that a greater focus could be the emotion regulation is helpful,” says Raschle. Future studies should also examine the effectiveness of specific forms of therapy:

“In view of this, we will apply a cognitive-behavioural intervention programs, aimed at improving emotion regulation in girls with problematic social behaviour,” says last author Christina Stadler of the child and youth psychiatric clinics in Basel.

To investigate whether male Teenager with a disorder of social behavior related brain activity during emotion regulation.

The research team suggests that the evidence that the neuronal manifestations of conspicuous behavior, social gender could be specific are on the increase.

“Most of the studies focus, however, is different than our own – to young men, which is why the current neuro-biological Knowledge more tailored to you,” says Raschle. (ad)