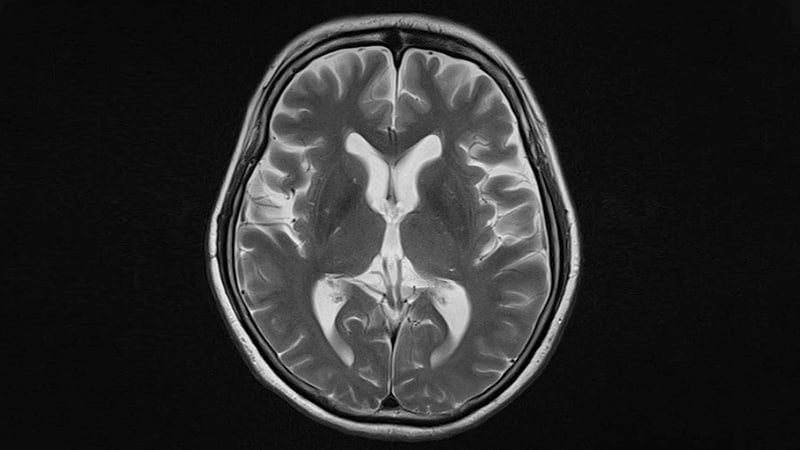 DENVER ― An international group of researchers is pushing for recognition of what they believe on the basis of new research is a unique variant of frontotemporal dementia (FTD).

This distinct syndrome is characterized by right temporal atrophy and a unique combination of cognitive, behavioral, and psychiatric symptoms, as well as language problems.

This syndrome is not currently recognized as a variant of frontotemporal dementia (FTD) – but should be, said investigator, Hulya Ulugut Erkoyun, MD, Alzheimer Center, Department of Neurology, Vrije Universiteit, Amsterdam, the Netherlands. Doing so could have important implications for patient management, she added.

“Everyone will agree…that none of the current diagnostic criteria cover this unique symptom distribution,” Ulugut Erkoyun said during a presentation here at the Alzheimer’s Association International Conference (AAIC) 2021.

“Our collective data will enable us to understand the genetic and pathological background of this syndrome as well as the relationship between amyloid pathology and right temporal lobe atrophy,” she added.

Although patients with damage on the right side have a different presentation, they might be considered as having a behavioral variant FTD or SD.

“Unfortunately, if a patient is not in a dementia center, right frontal variant FTD is often unrecognized,” Ulugut Erkoyun told meeting delegates.

The investigators retrospectively collected MRI findings and other data on 70 patients with rtvFTD from a single center. They identified clinical characteristics on the basis of case notes and compared them with those reported for patients with Alzheimer’s disease (n = 70), behavioral FTD (n = 70), and SD (n = 70).

On the basis of those data, they determined that the core clinical features of the syndrome include cognitive symptoms, such as face recognition and memory impairments; behavioral or psychiatric symptoms, such as disinhibition, apathy, depression, and bizarre preoccupations; and language problems, such as word-finding difficulties and anomia.

Other features involve compulsions, including cleaning, clock watching, and pathologic dwelling on a single thought or activity; and rigid personality characteristics, including a fixation with schedules and routines, complex compulsive behavior, and a deficit in logical reasoning, Ulugut Erkoyun noted.

Other symptoms of note include changes in sleep, appetite, and libido; a lack of empathy; and a propensity to “get lost” or to have a deficit regarding place recognition, said Ulugut Erkoyun.

“The role of the right temporal lobe in social cognition will probably be quite important in explaining this symptom,” she said.

She emphasized the importance of making this behavioral profile “more recognizable and distinguishable” for clinicians.

The main aim of the international working group is to establish international consensus diagnostic criteria for rtvFTD, Ulugut Erkoyun said.

“Our collective data will enable us to understand the genetic and pathological background of this syndrome as well as the relationship between amyloid pathology and right temporal lobe atrophy,” she added.

To date, the group has collected data on a sample size of 260 cases, 38 of which have genetic and/or pathologic confirmation.

Two of the most common mutations are in the microtubule-associated protein and granulin genes. Pathologic diagnoses include frontotemporal lobar degeneration TAR DNA-binding protein (FTLD-TDP) type C and FTLD-tau (which involves the accumulation of tau proteins).

Asked what she thinks is the most pressing issue facing the FTD field, Ulugut Erkoyun pointed to the importance of determining behavioral problems affecting various cultures.

“The cross-cultural perspective is missing in FTD research. We are trying to understand all brains by using Western-based studies,” she said.

Other important research topics flagged by session presenters regarding FTD included interpretation of how pain and somatic symptoms change as the disease progresses and the development of more precise high-resolution neuroanatomy strategies to discriminate subregions affected by different pathologies.