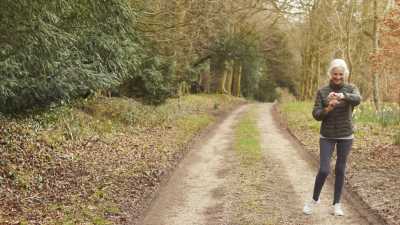 If you reached the age of 100 could you run a marathon – or maybe a 100-metre dash? Don’t rule it out. Centenarians are the fastest growing age group in many developed countries, including Australia, and the focus of research into what keeps them going for so long.

Most aren’t running marathons, but those who have – like 100-year-old British runner Fauja Singh who ran his in eight hours 11 minutes – may be a clue that if we reach advanced old age we might be capable of more than we think, says neurophysiologist Professor Paul Stapley of the University of Wollongong’s School of Medicine. 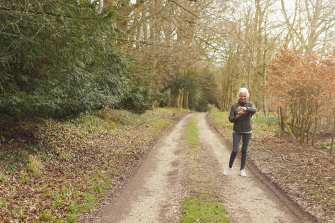 Currently, there are around 6000 centenarians in Australia.Credit:iStock

His 2016 study looking at the athletic performance of centenarians shows a long list of record holders in the 100 to 104 age group that paints a different picture to the usual image of frail old age – including the USA’s Donald Pellman sprinting 100 metres in 26.99 seconds, Australia’s Ruth Frith hurling a javelin 6.43 metres and France’s Robert Marchand who cycled almost 27 kilometres in an hour, setting the hour record in track cycling for his age group. He was 102.

“There’s not been enough research into ageing athletes to know what our limits are because studies of athletic performance are normally only done in young people,” Stapley says. “But I don’t think these centenarian athletes are freaks – I think our perception of ageing has to change now that more older people are taking part in events like triathlons.”

Even if you’re not planning a marathon in your 100s, who doesn’t like the idea of functioning well into very old age? Until he died last month at 101, Eddie Jaku OAM was a volunteer guide at the Sydney Jewish Museum and had just renewed his driver’s license. He was one of 445 people aged 95 and over who’ve been part of the Sydney Centenarian Study at the Centre for Healthy Brain Ageing (CHeBA) at the University of New South Wales.

“Many of these people drive and a handful are still working when they joined the study, typically in their own businesses,” says Fleur Harrison, a doctoral candidate at CHeBA. “Some reported high levels of physical activity such as walking daily without fail or for long distances.”

In the 1980s there were around 500 centenarians in Australia. Now there’s around 6000, and estimated to grow to 50,000 by 2050. But the big question is how can we stretch our health span so that if we do reach our hundreds we’re in reasonable shape? That’s what researchers around the world, including those at CHeBA, are trying to find out.

“Delaying dementia and frailty is a big part of this and the good news is that while the numbers of people with dementia are rising because there are more older people, the incidence (new cases per 1000 people) is falling in high income western countries, ” says Scientia Professor Henry Brodaty, co-director of CHeBA. “The reasons aren’t clear but the guess is that less smoking, better blood pressure control and better education are having an effect. Around 50 per cent of centenarians in the Sydney Centenarian Study have dementia but this also means that 50 per cent of them don’t.

“I think working for longer and delaying retirement also seems to help.”

“We’ll all become frail eventually but even with people in their hundreds, there are always examples of those who aren’t frail,” adds Professor Leon Flicker, Director of the Western Australian Centre for Health and Ageing at the University of WA, and lead investigator of the Health in Men Study following more than 12,000 Perth men as they’ve aged over the last 25 years. Many are in their 90s, some in their 100s. As with the Sydney Centenarian Study, some of the oldest still drive or work as volunteers.

“People have a negative view of ageing, but not everyone becomes decrepit,” says Professor Flicker who puts physical activity high on the list of defenders against frailty and dementia. “It helps control weight and blood pressure across the lifespan, and obesity and high blood pressure at midlife can raise the risk of dementia later on.

“Physical activity also helps us maintain muscle which has benefits for the brain, as well as protecting against frailty. But although it helps to be lean at midlife, people carrying a little extra weight after 65 seem to do better as they age, although we don’t know why.”

Other factors that help?

“Staying mentally and socially active, although it’s the quality of these social connections that seem to count, not the number,” Flicker says. “I have a view that as you age, contentment is important and that you have a sense of control and a purpose.”

And if you are planning an athletic event in your 100s, which activities are easier to maintain with advancing age?

“Endurance cycling, swimming and running seem to be the best. Especially cycling and swimming because they carry your weight,” says Stapley. “Properly controlled resistance exercise is also essential to maintain muscle strength and tone.

“But the most important take home message is that staying physically active across the lifespan is the best thing you can do.”