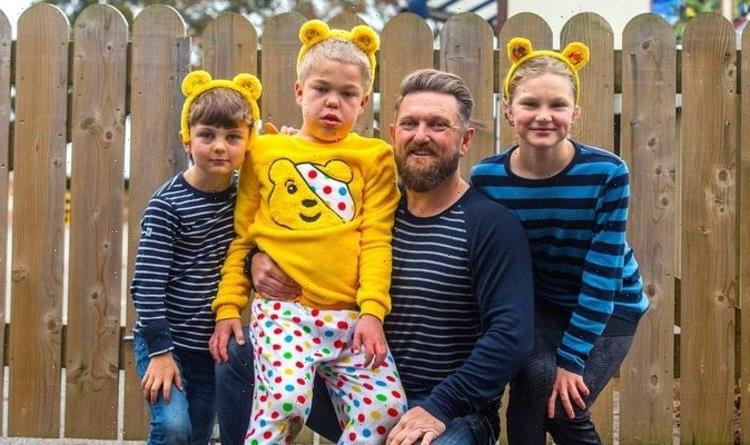 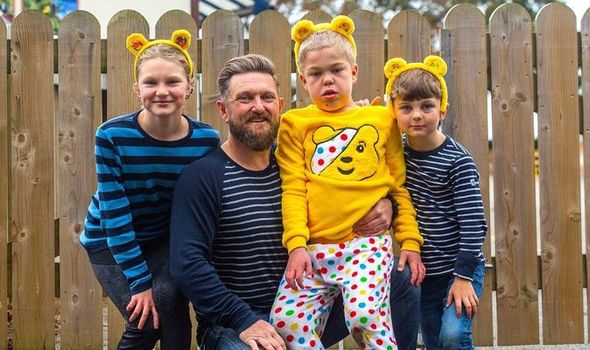 Stanley Barnes, eight, was diagnosed with the condition Sanfilippo, likened to Alzheimer’s, at just 16 months.

The youngster, who has a life expectancy of between 10 and 20, cannot now communicate with his parents Mari,40, and Ross, 44, remember everyday words like apple, or recognise his mother at the school gates.

Mari, of Falmouth, Cornwall, who wants to raise awareness of the illness to help others, says brave Stanley is now “like an eightmonth-old baby”.

She said: “He’s quite dramatically gone downhill this year. It feels like you’re losing part of him each day.

“Over the weekend, he had a burger and managed to say the word. Honestly, I nearly cried. We haven’t had that recognition or anything for quite some time.”

Last year Stanley appeared on TV after walking close to 10 miles over a week to raise nearly £5,000 for Children in Need. He has also been to Lapland with the Make-A-Wish Foundation charity. Mari, who has two other children, Orson, six, and Willow, 11, said: “We are trying to give him as many joyful experiences as possible.

“Although he’s lost his cognitive ability and speech, he doesn’t get frustrated. He’s sort of happy as he is, he’s functioning like an eight-month-old baby.”