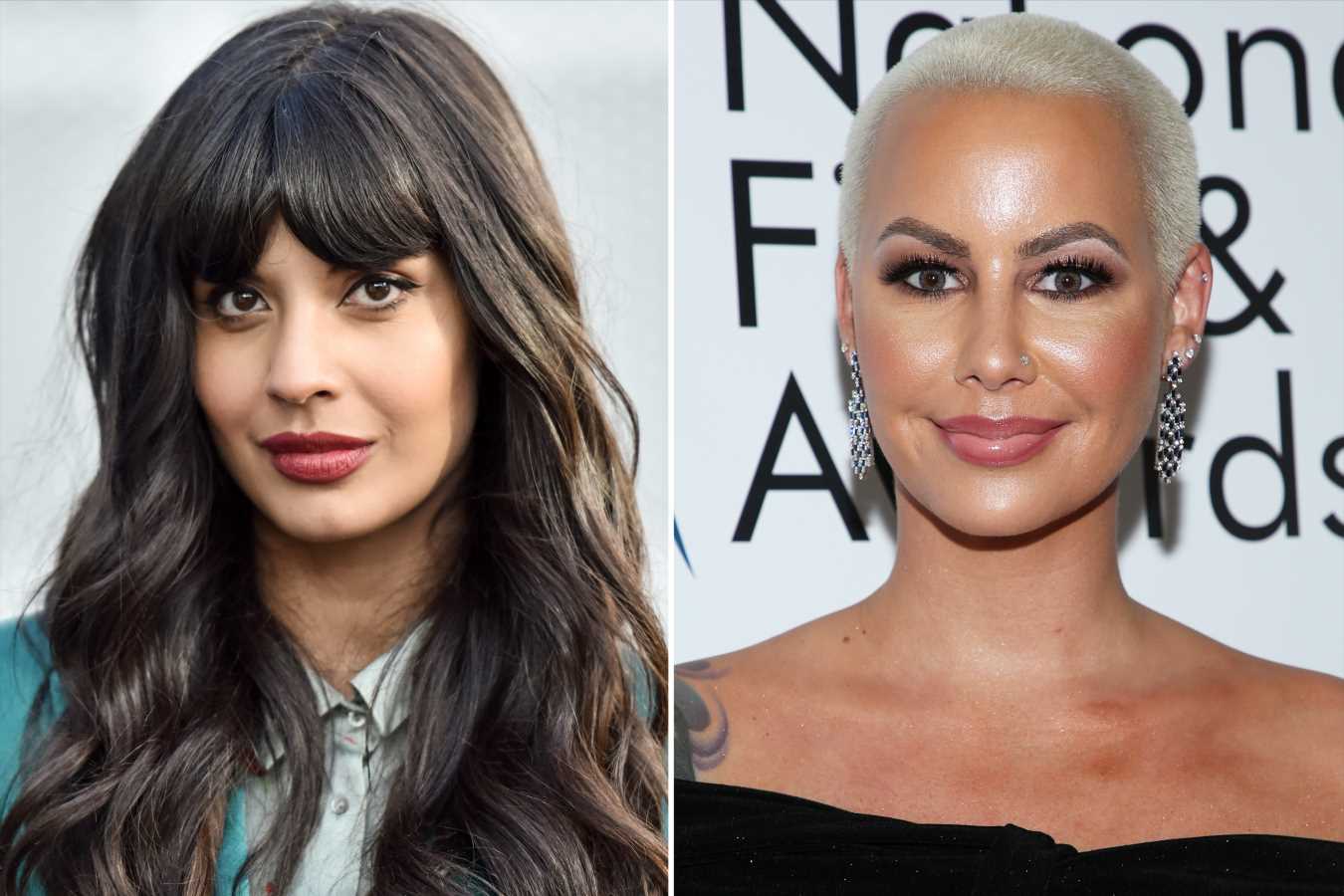 Amber Rose is the latest celebrity taken to task by Jameela Jamil for promoting detox teas on social media.

Rose, who is pregnant with her second child, shared a sponsored post on Instagram for Flat Tummy Co., hawking the company’s Organic Pregnancy Tea, which claims to reduce nausea in expectant mothers.

“This is not a detox tea – it’s specially designed to help reduce occasional nausea and support digestion during pregnancy,” the model wrote. “Haters stop riding the bandwagon and think for yourselves.”

Jamil, 33, was not impressed, and soon shared a screenshot of Rose’s ad, adding the message, “FLAT TUMMY PRODUCTS FOR… PREGNANT WOMEN? Is this FDA approved? Are we… f–… KIDDING? @US_FDA.”

The Good Place actress later reshared the post on her I Weigh Instagram account, a movement she cofounded to “amplify, advocate and pass the mic” on “radical inclusivity.”

According to Flat Tummy Co.’s website, the tea contains organic ginger, rooibos, rosehips, lemon balm, oatstraw and stevia. The product’s description says it can be consumed by pregnant women, but also warns that pregnant and breastfeeding customers should consult with their doctors before consuming.

The site also notes that none of its statements about the tea have been evaluated by the Food and Drug Administration.

In March, Jamil criticized Khloé for sharing an ad that said her weight loss was “undeniable” after she spent two weeks drinking the shakes.

“If you’re too irresponsible to: a) own up to the fact that you have a personal trainer, nutritionist, probable chef, and a surgeon to achieve your aesthetic, rather than this laxative product… And b) tell them the side effects of this NON-FDA approved product, that most doctors are saying aren’t healthy,” Jamil commented. “Side effects such as: Possible Flat Tummy Tea side effects are cramping, stomach pains, diarrhea and dehydration… Then I guess I have to.”

Khloé eventually addressed the criticism in a New York Times interview, saying she has never employed a chef and makes an effort to post her workouts on Snapchat for people who cannot afford a personal trainer.

“Well, listen, I am showing you what to do, silly person, 15 repetitions, three times, here’s the move…” Khloé said.

Kim spoke out in the same interview and said that she and her sisters only promote products they actually use.

“You’re going to get backlash for almost everything so as long as you like it or believe in it or it’s worth it financially, whatever your decision may be, as long as you’re okay with that,” she said.

Jamil, meanwhile, criticized the sisters’ defense, responding, “Essentially, ‘F- the young, impressionable people, or those struggling with eating disorders, we want the money.’… Their pockets are lined with the blood and diarrhea of teenage girls…”

The British actress told PEOPLE in April she feels a “moral responsibility” to call out problems as she sees them.

She’s not alone in her fight; earlier this month, Sen. Richard Blumenthal of Connecticut sent a letter to the chairman of the Federal Trade Commission expressing “deep concern” over detox teas and shakes, which he claimed promoted unhealthy weight loss shortcuts marketed to adolescents and young adults.