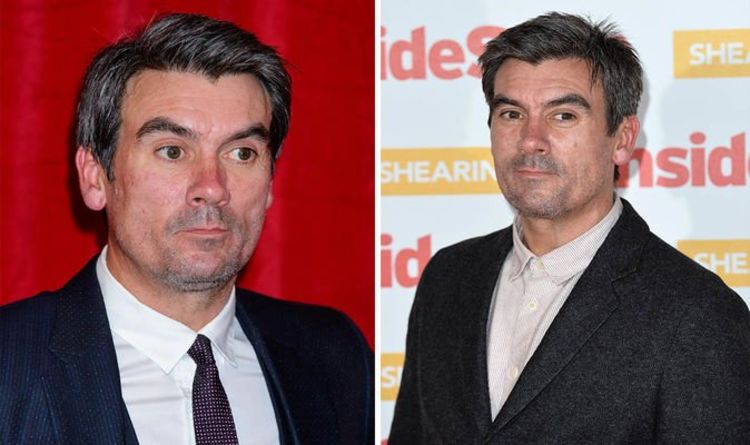 The Emmerdale actor was diagnosed with Crohn’s disease at the age of 26, following the loss of his mother, who also had the disease. Since Jeff has become a passionate advocate for the condition and has campaigned vigorously to raise awareness. In addition, his wife Zoe Henry has also spoken publicly about her husband and how he copes with the chronic condition.

Speaking on Loose Women, Zoe said that Jeff’s condition “changed [their] lives,” with Jeff himself saying that he worried that the diagnosis would stop him from pursuing an acting career.

As an ambassador for Crohn’s and Colitis UK, Jeff said: “You are not alone if you are suffering from Crohn’s or Colitis… although sometimes you might feel as if you are.

Originally the actor mistook symptoms for irritable bowel syndrome (IBS), but when he became too tired to attend lectures at university, he knew something more serious was the cause.

“I was scared it would stop my acting career from taking off,” Jeff continued.

“Even though I tried to avoid foods that upset my digestive system, such as coffee and Chinese takeaways, I was still sick and tired and I kept losing weight.”

The star became so seriously ill that he had to drop out of his “final year plays” in order to try and overcome the condition.

Symptoms of the condition may range from mild to severe for every individual. Crohns and Colitis UK also explains that symptoms may also change over time, with periods of good health and few symptoms (remission) and times where symptoms are more active (flare-ups).

The NHS explains that these main symptoms are:

The condition is most likely to affect the last part of the small intestine or colon, with areas of inflammation ranging between large and small.

As well as affecting the lining of the bowel, Crohn’s can also penetrate deeper into the bowel wall, causing painful abscesses and fistulas – an abnormal connection or passageway that connects two organs or vessels that do not usually connect.

Other common symptoms that are likely to develop include mouth ulcers and anaemia – a reduced level of red blood cells. Anaemia itself can make individuals feel extremely tired and generally unwell.

Talking about his own symptoms and how he copes with Crohn’s, Jeff added: “I know it’s embarrassing to talk about it, but even simple solutions like being near a bathroom at work can make such an improvement – so don’t be afraid to step up and be counted.

The actor has also found success managing the disease through a combination of medication, surgery and diet control.

Crohn’s and Colitis UK explains that some individuals may be prescribed enteral nutrition, which is a special liquid diet, followed for two to eight weeks. The absence of ordinary food and drink within these weeks allows individuals to only get the vital nutrients they need.

Others find it helpful to have supplemental drinks alongside normal food, in order to obtain more nutrients. It is important that these diets, especially used for children, are supervised by a professional dietitian.

Jeff has revealed that he personally avoids anything that contains monosodium glutamate (MSG) as well as coffee in order to avoid taking medication completely.

Instead he takes aloe vera juice to ease his digestion, as well as probiotics and supplements to help the immune system and restore good bacteria in his gut.