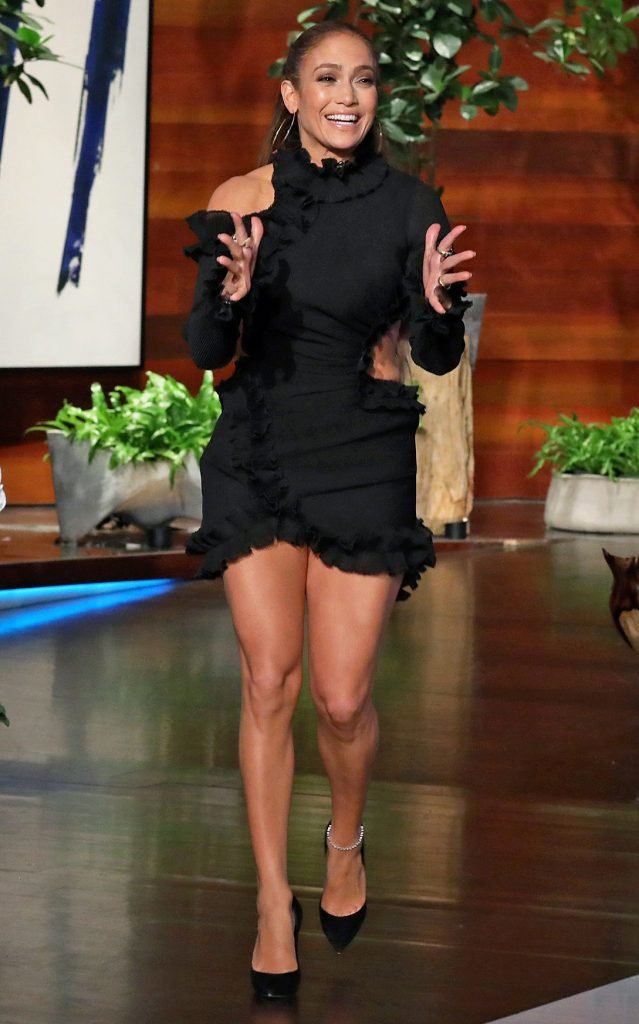 Cutting out sugar and carbs completely for ten days was far tougher than Jennifer Lopez expected — and it sometimes made her feel like she was living in “an alternate reality.”

But the singer and actress said it was a good shock to her body as she prepares to play a stripper in an upcoming movie — and she’s ready to do the 10-day challenge all over again.

Lopez, 49, said that her trainer, Dodd Romero, suggested the program as she readies to wear the skimpy outfits required for the role.

“He said, ‘You know what, let’s do something, let’s take it [up a notch],’ ” Lopez recalled on Ellen with Ellen Degeneres. “Because I’ve been working out, I work out a lot, I try to stay healthy. And he’s like, ‘Let’s do something to move the needle a little bit.’ “

Romero knows that sugar and carbs are “most of my diet,” Lopez said.

Lopez said that the sugar withdrawal was unbelievable.

But over the ten days, Lopez’s mental state improved.

“It was really hard in the beginning, and it was the discipline. I was like, it’s only 10 days, c’mon, you can do this,” she said. “And then it gets a little hard in the middle, and then by the end you’re like, okay.”

And once Lopez could finally get eat her beloved sugar again, she wasn’t as interested.

“Then when you go back to the sugar you don’t want it as much,” she said, adding that Romero told her to take five days off and then start the challenge up again. “And I was like, you know what, I want to do it again. I wanted to do it again. So it’s something that I, I guess, get used to a little bit.”

“What happens is, it takes down the inflammation a little bit,” she said. “So all of a sudden you start feeling really small, and less swollen, and it feels good. You get addicted to that feeling too.”

Lopez took on the carb- and sugar-free diet with her boyfriend Alex Rodriguez, and midway through they challenged a few celebs to join in — though only Today co-host Hoda Kotb and Good Morning America co-host Michael Strahan actually kept it up.

Kotb’s fellow Today correspondent Carson Daly barely made it through 12 hours of the challenge and tried to get her to throw in the towel on day six, but she held strong — and J.Lo approved.

“When you stand for something, you make beautiful things happen,” Lopez told Kotb.