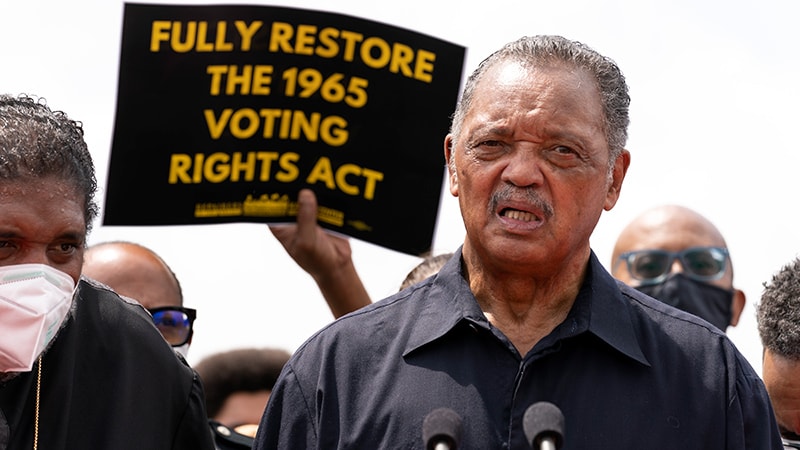 He spoke briefly by phone with The Associated Press from Northwestern Memorial Hospital, where he and his wife, Jacqueline, have been hospitalized in separate rooms since the weekend when they tested positive for the virus.

The 79-year-old, who has Parkinson’s disease, has been fully vaccinated. He received his first dose at a public event in January where he encouraged others to do the same. But his 77-year-old wife, Jacqueline, also a civil rights activist, has not been vaccinated. She has been receiving some oxygen but is breathing on her own without a respirator, according to family members.

Jesse Jackson said his wife didn’t get vaccinated because she has a “preexisting condition” they were worried about. He did not elaborate.

Generally, public health experts strongly encourage people with existing health conditions, such as cancer or diabetes, to get vaccinated as they are at increased risk for severe illness.

Family members have said the Jacksons were admitted to the hospital in part because of their age and that both have been responding positively to treatment. They have been married nearly 60 years.

“The health status of both my parents is unchanged,” one of their sons, Jonathan Jackson, said in a Tuesday statement. “They continue to rest comfortably and to receive treatment.”

Jackson, who was hospitalized early this year for gallbladder surgery, has remained active and continued traveling and advocating for voting rights and other causes.