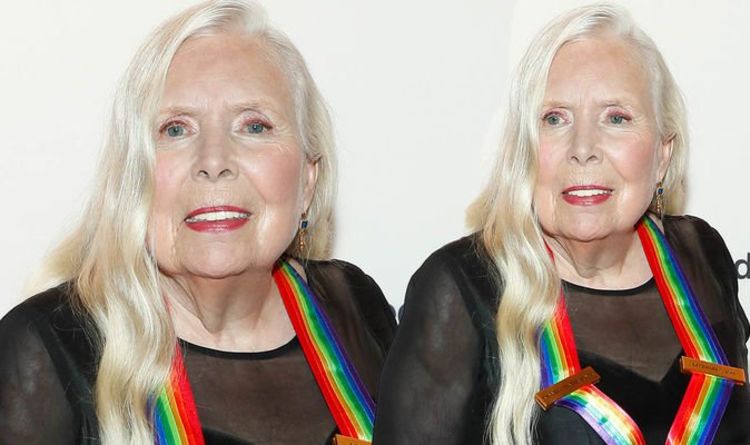 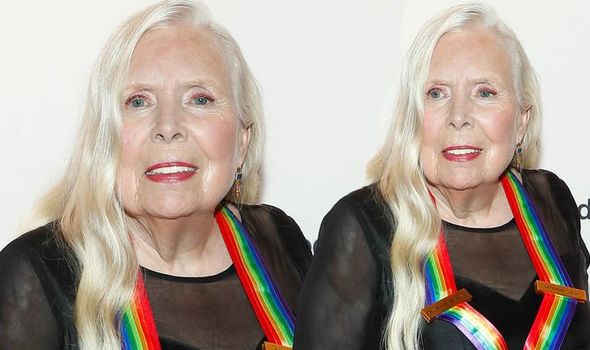 Most recently, the 78-year-old hitmaker has called for all of her music to be removed from Spotify after she called the company “irresponsible” and accused them of “spreading lies” over Covid. She joins fellow singer-songwriter and close friend Neil Young in an open letter that is signed by a group of scientists and medical professionals critiquing the music platform for allowing popular podcast the Joe Rogan Experience which has interviewed anti-vax individuals. The Big Yellow Taxi singer also made a rare appearance at the end of last year, picking up a lifetime achievement award at the 2021 Kennedy Center Honors, where she also made comment on the health battle that changed her life.

Talking at the awards show Mitchell said: “I always think that polio was a rehearsal for the rest of my life,” she said, referring to the disease she suffered aged nine.

“I’ve had to come back several times from things. And this last one was a real whopper. But, you know, I’m hobbling along but I’m doing all right!”

Admitting that she has had to battle several things over the years, the “real whopper” refers to a brain aneurysm that she suffered in 2015 after she was found unconscious at her home in LA.

The NHS explains that a brain aneurysm is a bulge in a blood vessel, which is caused by a weakness in the blood vessel wall.

As blood passes through this weakened area the pressure causes a small area to bulge outwards like a balloon. Aneurysms can develop in any blood vessel in the body, but the two most common places are:

Although it is hard to detect who is most at risk of developing a brain aneurysm, some experts believe that at least one in 20 people have an aneurysm but typically do not have any symptoms, meaning that they pass undetected.

The number of aneurysms that actually rupture is much smaller. Only around one in 12,500 people have a ruptured brain aneurysm in England each year.

A ruptured brain aneurysm is a medical emergency and symptoms tend to come about suddenly.

The most common symptoms of a burst aneurysm includes:

The NHS continues to explain that symptoms such as the headache, have been likened to being hit on the head, resulting in a “blinding pain unlike anything experienced before.”

Although Mitchell has not given much detail about the symptoms she experienced, in an interview with The Guardian back in 2020, the star spoke about the devastating effect it had on her.

“Once again I couldn’t walk. I had to learn how again. I couldn’t talk. Polio didn’t grab me like that, but the aneurysm took away a lot more, really,” she explained.

“Took away my speech and my ability to walk. And, you know, I got my speech back quickly, but the walking I’m still struggling with. But I mean, I’m a fighter. I’ve got Irish blood! [long laugh].

After the aneurysm the star focused on getting her health back on track, taking a break from writing any new music.

Brain aneurysms can be treated using surgery both if they have ruptured or not. The NHS explains that preventative surgery is only carried out if there is a high risk of a rupture.

The surgery to treat aneurysms is a dangerous one and can have potentially damaging side effects including brain damage or stroke. Therefore, surgeons will take great care in assessing whether surgery is necessary or not.

The two main surgical techniques used to treat aneurysms are known as neurosurgical clipping and endovascular coiling. Both help to stop blood flowing into the aneurysm.

The former – neurosurgical clipping – involves using a tiny metal clip to seal the aneurysm shut, whereas the latter – endovascular coiling – uses tiny platinum coils to fill the aneurysm meaning blood can no longer enter it.

Coiling is a less invasive procedure, and has a lower risk of complications in comparison to clipping, but the long-term benefits of the procedure are lesser known, with about one in five people who have coiling needing further treatment. After clipping, you’ll usually need to stay in hospital for around four to six days, whereas you can usually go home after one or two days after coiling.