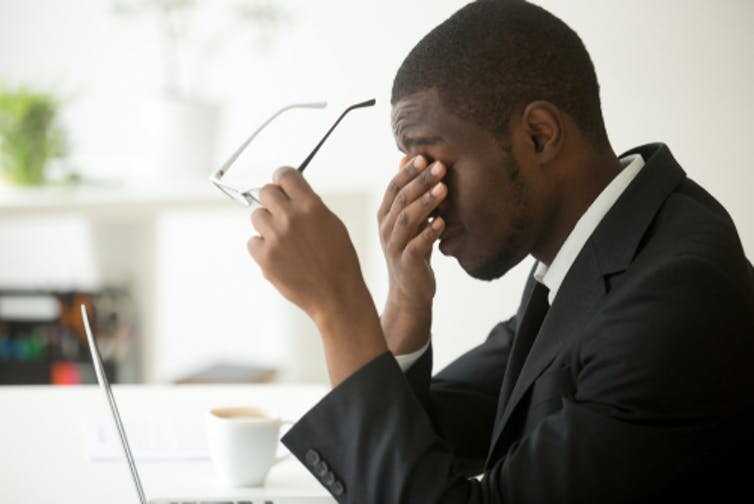 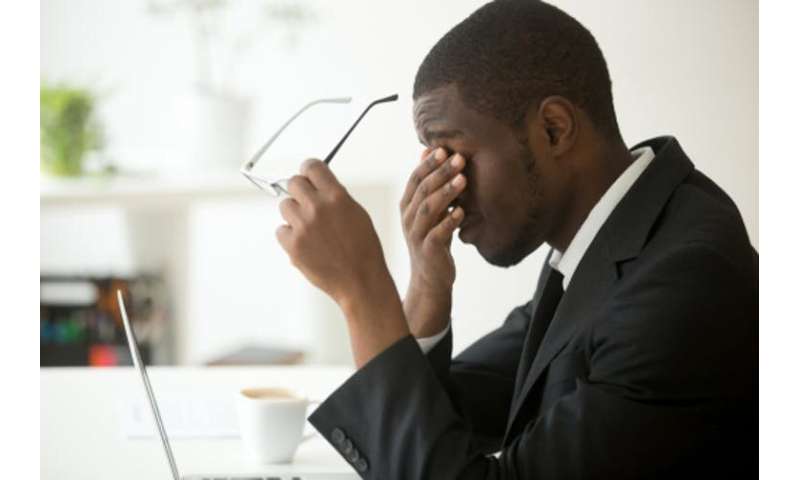 Have you had a less-than-stellar performance review lately? Do you daydream, or are you making bad decisions?

It might not be about your job but about your sleep. And it’s not all your fault.

We each study different aspects of health and aging. A recent study we conducted found that poor sleep may inhibit judgment and lead to off-task and distracting thoughts at work. Making sleep a priority can improve cognitive performance at work.

Using eight-day diary data from a sample of 130 middle-aged workers in a U.S. IT firm, we found that a previous night’s sleep characteristics predicted next-day “cognitive interference,” or the experience of off-task and distracting thoughts.

To measure this, we used a 5-point frequency (0=never to 4=very often) and averaged responses on nine items that measure the experience of off-task and distracting thoughts than usual. For example, one of the questions was “How often did you have thoughts that kept jumping into your head today?”

The participants also reported that after experiencing more cognitive interference on a particular day, they would go to bed earlier and wake up earlier than usual due to fatigue.

The link between previous night’s sleep and next-day cognitive interference was more apparent on workdays, less on non-workdays. Perhaps participants have more opportunities for cognitive interference and less opportunities for sleep during workdays. The results suggest that putting a larger emphasis on optimizing sleep health will result in more effective work performance.

From this study’s results, we deduce that shortened sleep may reduce work productivity. Previous lab-based experimental studies have shown that sleep deprivation, such as restricting sleep duration to four or five hours has negative effects on performance in cognitive tests.

However, there has been a lack of observational studies examining the relationship between sleep and cognitive functioning in participants’ own daily lives. Our study adds empirical evidence that poorer sleep the night before work will result in slower mental activity, delayed decision-making and potentially an increase in mistakes.

In previous collaborative work, I (Soomi Lee) also found that poor sleep can lead to experiencing more stressors and conflict the following day. On days following shorter and poorer quality sleep than usual, participants reported higher work-to-family conflict than usual. And on days following shorter sleep and lower quality sleep than usual, participants reported less time for themselves to exercise, and also less time for their children.

Data for both studies are from a larger study called the Work, Family & Health Study, which was designed to examine multi-site companies within the information technology and the nursing home sectors.

The two studies used a sample of IT workers, which represents a higher-income, professional-level workforce. Workers in this occupational sector tend to work long hours and experience a permeable boundary between work and personal life. Overtime work, frequent phone calls after work hours, late work-related emails, and early bird meetings, such as 7 a.m. or 8 a.m. meetings, may disrupt workers’ sleep.

Along the same lines, employers also need to make efforts to promote or at least not systematically disrupt their employees’ sleep; good sleep may promote work productivity and make a less stressful workplace.

To prioritize sleep, individuals and organizations need to act. Organizations could create and support a culture that minimizes any sleep-disruptive activities from work, such as work-related phone calls during non-work hours, any sense of obligation to respond to after hours emails, and early bird meetings.

Individual employees could also establish good sleep routines and follow them every day. For example, they need to shut off phones and ignore emails after a certain hour, after 9 p.m. for example, in order to turn on a relaxed mode before bedtime and get at least seven hours of sleep.