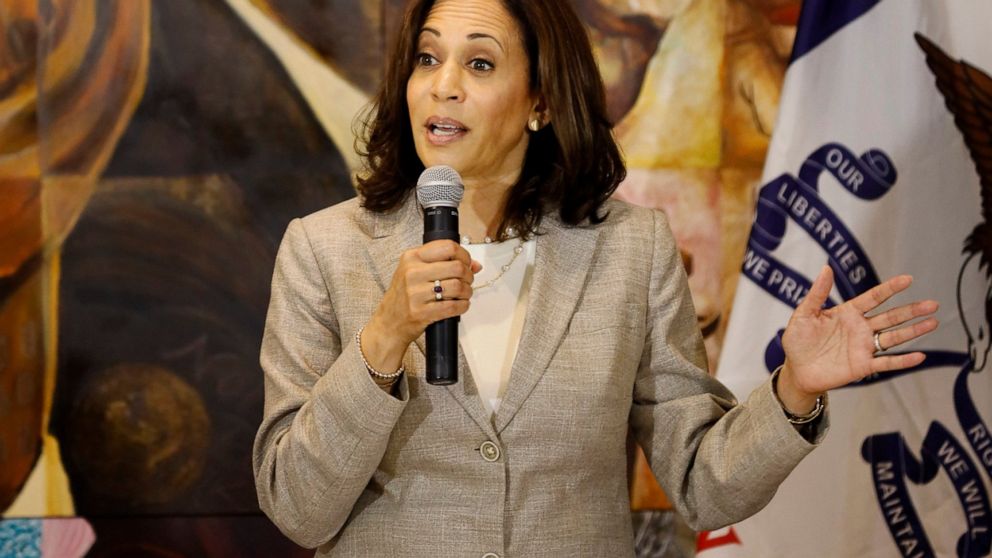 Sen. Kamala Harris is introducing legislation designed to ensure all Americans, particularly those in at-risk communities, have access to safe, affordable drinking water, the latest response to burgeoning water crises across the country.

The California Democrat and presidential candidate’s “Water Justice Act” would invest nearly $220 billion in clean and safe drinking water programs, with priority given to high-risk communities and schools. As part of that, Harris’ plan would declare a drinking water infrastructure emergency, devoting $50 billion toward communities and schools where water is contaminated to test for contaminants and to remediate toxic infrastructure.

The legislation, being introduced on Monday, also would establish a $10 billion program to allow states to offset the cost of water bills in low-income communities and environmentally at-risk households. Additionally, Harris would invest $20 billion in a variety of sustainable water supply, recycling and conservation programs.

Harris is focusing on the issue as she and other 2020 Democratic presidential candidates turn their sights on Michigan, where the city of Flint has faced a major water crisis . Harris, who launched her campaign in January, is among the party’s candidates speaking at the NAACP’s national convention in Michigan this week. And 20 candidates seeking their party’s nomination will take the stage for the party’s second set of presidential debates in Detroit on July 30-31.

Harris is partnering with Michigan Reps. Dan Kildee, who represents Flint, and Brenda Lawrence. While Flint has dealt with lead that leached into some homes after officials tapped into the Flint River in 2014, the problems also are dire in Harris’ home state, where 1 million of its nearly 40 million residents don’t have access to clean drinking water because of pollution from humans or natural causes.

“Every American has the right to clean water, period,” Harris said. “We must take seriously the existential threat represented by future water shortages and acknowledge that communities across the country — particularly communities of color — already lack access to safe and affordable water. Achieving true justice in our nation will require us to recognize the precious nature of water and take bold action to invest in long-term, sustainable solutions to ensure it is accessible for all.”

Harris is not the only presidential candidate to focus on the water crisis plaguing communities around the country. Among them are former Housing and Urban Development Secretary Julián Castro, who earlier this year visited Flint and released a plan to combat lead exposure, and Sens. Bernie Sanders of Vermont and Cory Booker of New Jersey, who traveled to Denmark, South Carolina , where residents have struggled with tainted water.