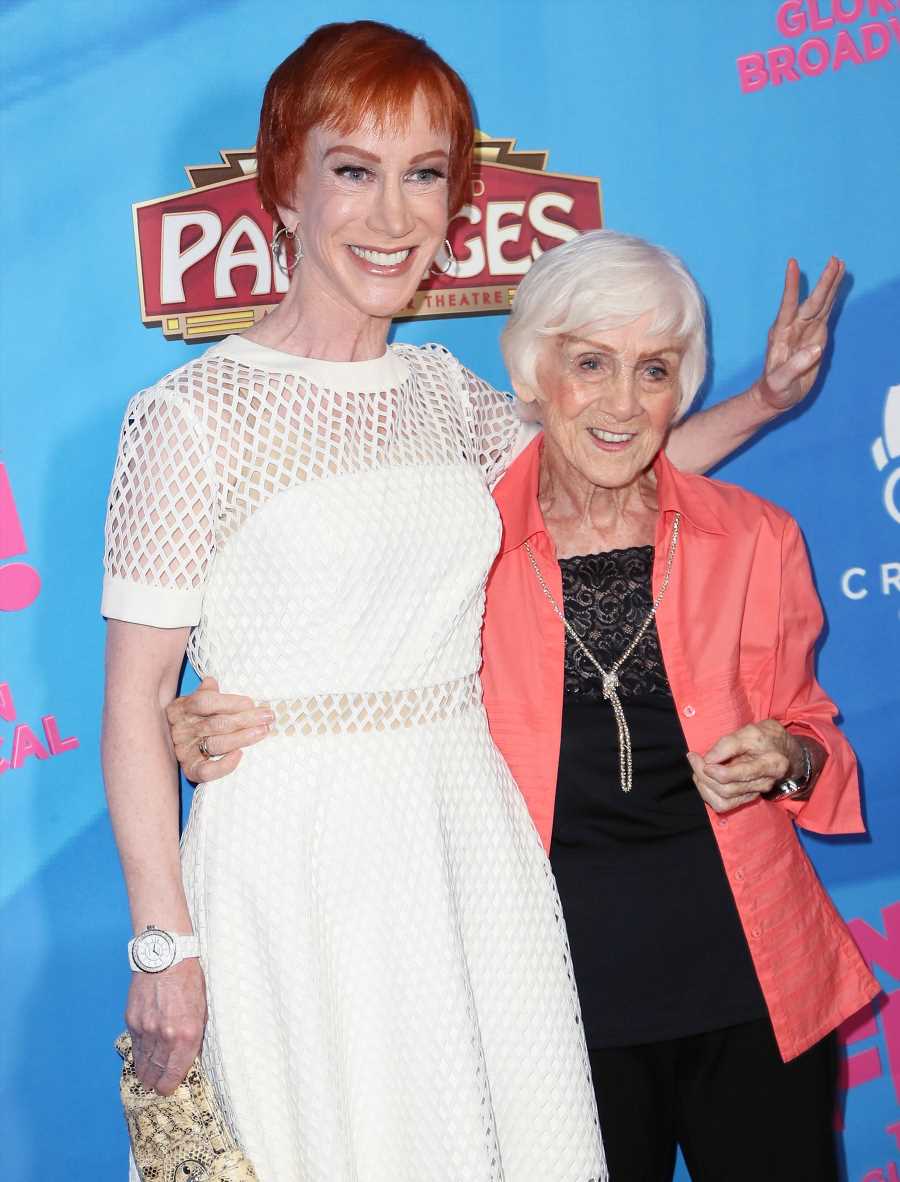 Earlier this year, the comedian revealed that her beloved mother, Maggie, suffered from dementia, and in a post celebrating the incredible birthday milestone, she confirmed it was only getting worse.

“Today is my mother Maggie’s 99th Birthday. I spoke with her yesterday and, unfortunately, I’m sorry to say her dementia is worsening,” Kathy wrote on Twitter, sharing an old red carpet photo of the mother-daughter pair. “Here’s a fun picture to celebrate happier times.”

In January, the Pulp Fiction star first opened up to fans about her mother’s ailment in a vulnerable Twitter thread, where she expressed how difficult it was to watch her mother lose “her sharp mind.”

“As heartbreaking as this is, I feel the need to share some important info about my mom Maggie. I’ve always been honest with you all, but this one is really hard. The pic below, taken in September, was the last time I was able to have a proper/coherent conversation with her,” she said at the time. “Since that photo was taken, she has rapidly fallen into the throes of dementia. This is never easy for any child, I know this is a reality that millions of people deal with every year. But when it comes to my mom this is particularly hard because her sharp mind was everything.”

Maggie became a fan-favorite while appearing on her daughter’s Bravo reality series, My Life on the D-List, from 2005 to 2010, where Kathy confirmed her mother was getting “the best” 24-hour care.

“In terms of how she is now, at this point she only knows my name and I love you. I know many of you know what that reality is like…I’m still grappling with it,” the comedian said.

“Up until these past couple years she was so sharp she always kept me on my toes,” Kathy continued in the January post. “Her mind was so naturally quick, funny, and smart. No one could get anything past her. Watching that slip away so fast has been devastating.”

She went on to ask fans and followers to share their favorite “Maggie moments” to which many did, along with an outpour of support that Kathy said has helped her get through the difficult time.

“I am so touched by all the replies to this thread. I only wish my mom could read them,” she replied. “It has been a very rough 17 months and I couldn’t have gotten through it without all of you.”