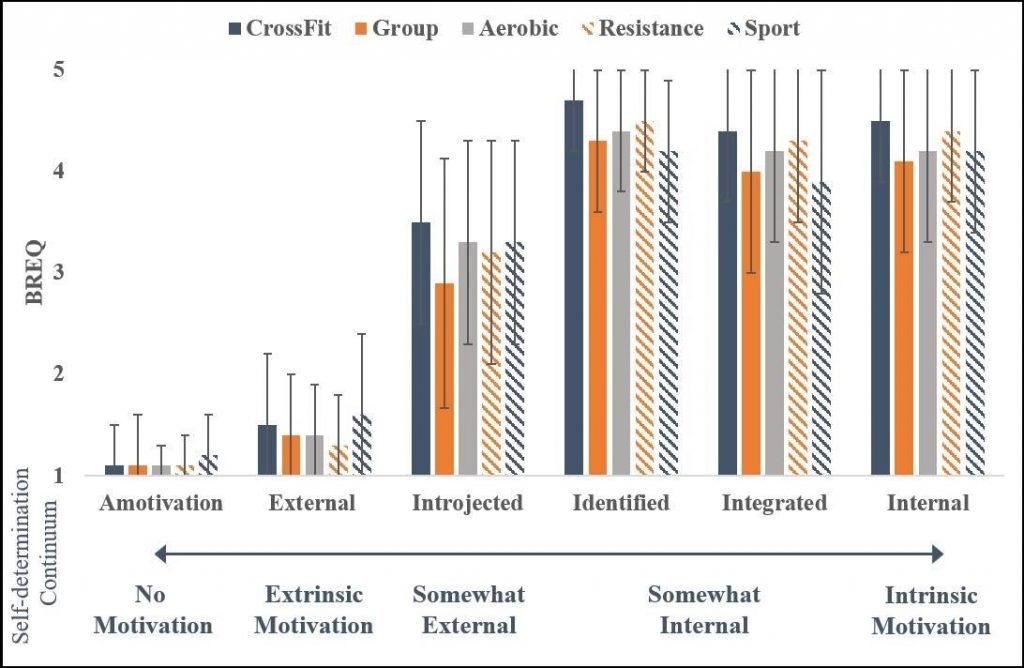 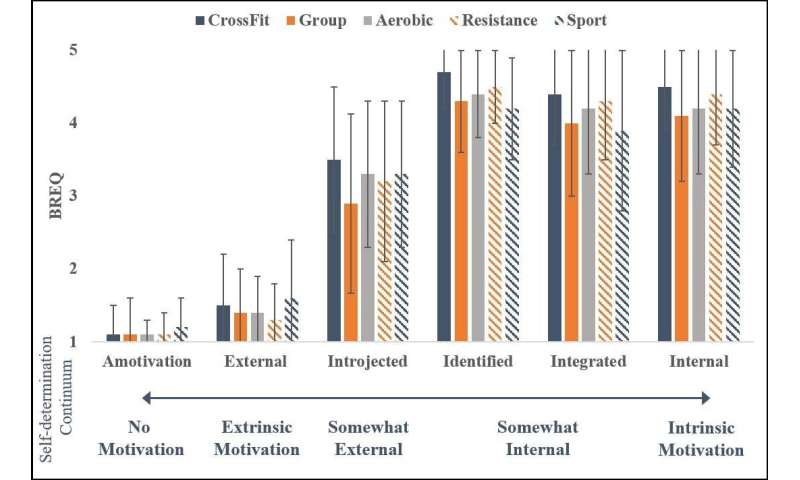 According to a new study differences in what motivates individuals and how they self-regulate behavior influence how they keep fit. The study appearing in the journal Heliyon, published by Elsevier, associates personal characteristics with whether people are likely to prefer solo or group exercise activities, CrossFit training, resistance training, or team sports, how frequently they work out, and if they are likely to stick to their routine.

The investigators set out to better understand why individuals adopt and adhere to regular physical activity programs, whether differences exist in personality, participatory motives, and regulation-motivation styles associated with their exercise modes, and to determine the extent to which these factors predict their work-out frequency. Their findings show that individuals selecting CrossFit, sports, or group exercise were more highly motivated by social connectedness (affiliation) than those engaging primarily in aerobic (e.g., long distance running) or resistance training exercise. Although all participants were highly motivated to engage in physical activity for positive health, those who engaged in resistance training and sport were more motivated by a sense of challenge than ill-health avoidance or weight management.

The study also demonstrated that individual differences in exercise motivation and self-control can predict participation frequency. Individuals who were more motivated by intrinsic reasons such as enjoyment, challenge, and stress management, exercised more frequently; CrossFit participants ranked highest in intrinsic motivation. Prior research has shown that people who exercise typically are more extraverted and conscientious, compared to an average population, but this study did not find any significant personality trait variances linked with different forms of exercise.

“Many individuals who initiate exercise programs may actually select activities that conflict with their interests, styles, personalities, and/or reasons for engagement. Our findings support the need for individualized exercise programs, not only from a physical standpoint, but also from a motivational standpoint. Taking these factors into account may impact the amount of physical activity/exercise that individuals actually complete,” explained lead investigator Ms. Allyson Box. who began this work as an undergraduate student at Kennesaw State University, Kennesaw, GA, USA.

Recent evidence suggests physical activity is important to decrease risks associated with metabolic, osteopathic, cardiovascular, and neurovascular diseases, as well as some cancers and mental health disorders. The positive impact of exercise on overall health is widely acknowledged, but most people tend to avoid physical activity and/or not stick with their regimen. Less than 20 percent of the population meets proposed Physical Activity Guidelines for Americans (2018) by engaging in at least 150 minutes of moderate intensity aerobic activity and at least two instances of resistance exercise each week. This lack of physical activity has resulted in an escalation of chronic diseases, such as diabetes or heart disease.