Check out what’s clicking on FoxBusiness.com.

Hundreds of healthcare workers kicked off a planned 5-day strike Monday morning in front of Cedars-Sinai hospital to protest what they allege are "unfair labor practices, short staffing, and high patient infection rates."

Service Employees International Union-United Health Care Workers West, which is organizing the strike, has been bargaining with hospital management over a new labor contract. 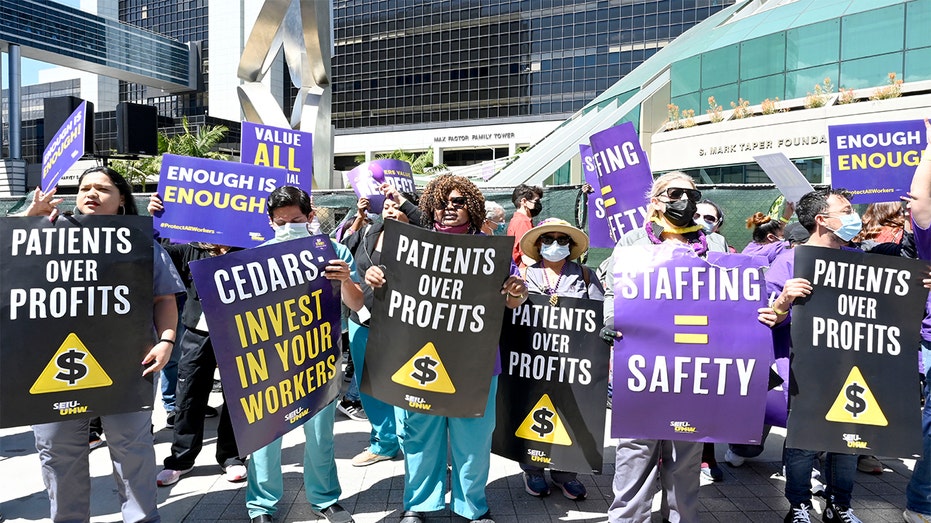 SEIU-UHW said it was "frustrated that despite risking our lives to deliver word-class healthcare for our patients, management at @CedarSinai has not bargained in good faith to commit unfair labor practices."

Union spokesperson Renee Saldaña said workers will remain on strike through 7 p.m. unless a new settlement is reached.

Cedars-Sinai Medical Center, meanwhile, maintains that it has negotiated in good faith with union representatives to reach a "fair and mutually beneficial agreement for employees represented by the union."

"We had hoped to avoid a strike with contract offers that would continue to reward our represented employees with market-leading pay—including substantial pay increases—for their hard work, excellent performance and dedication to the community," Cedars-Sinai said in a statement.

"Unfortunately, the leadership of SEIU-UHW threatened to strike even before we sat down to exchange full proposals in early March. During lengthy bargaining sessions, it became clear to us that union leaders never intended to reach agreement with Cedars-Sinai Medical Center on a new contract without a strike," the hospital said. "This was made clearer to us over the weekend when the union broke off negotiations without ever responding to our latest offer and instead decided to proceed with its strike."

FOX Business has reached out to the union for comment but did not hear back before publication.