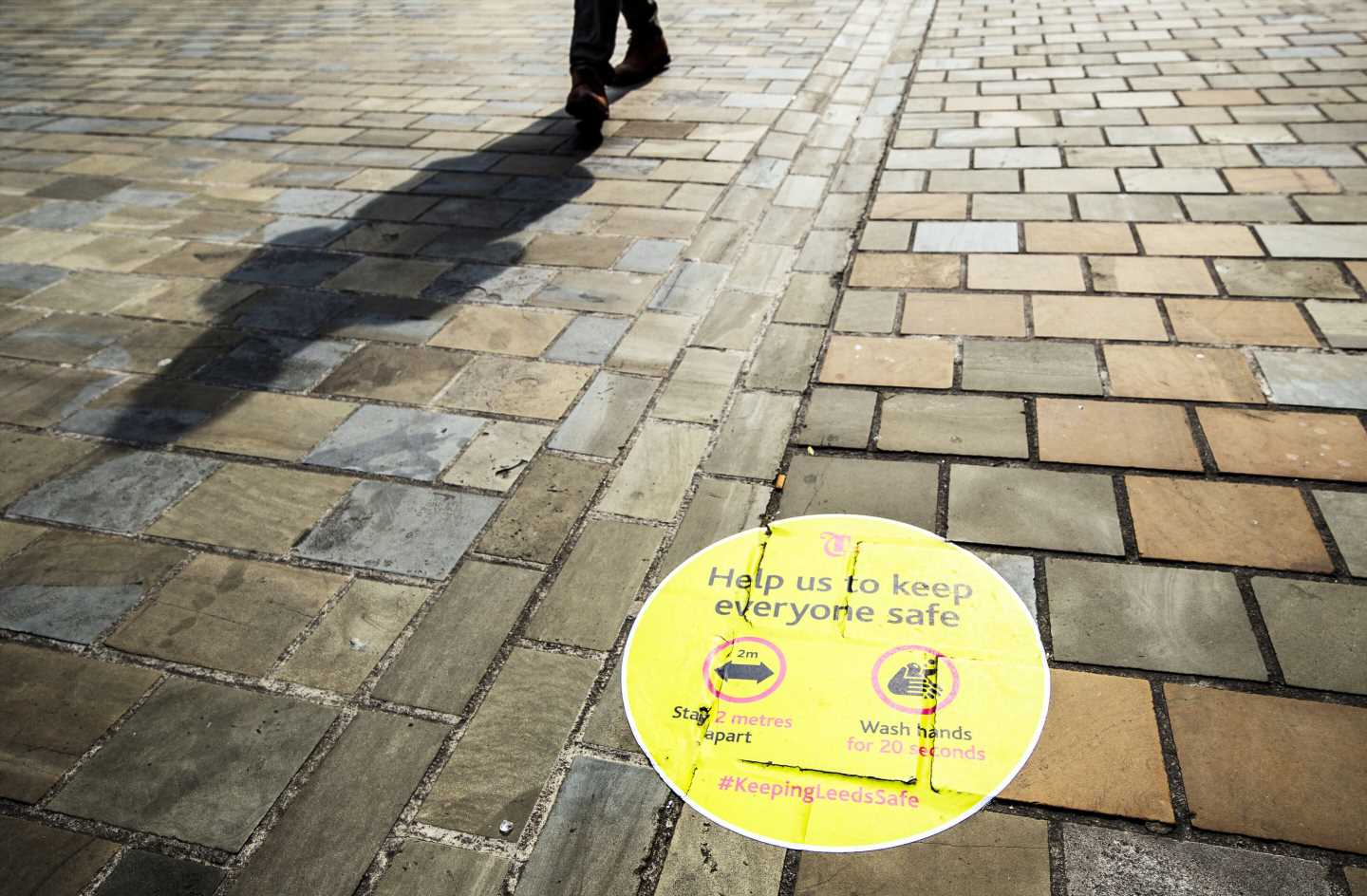 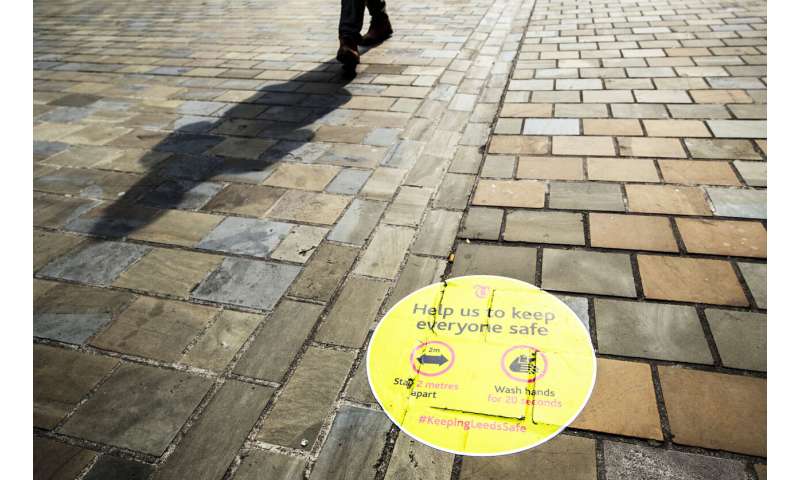 Cities around the U.K. imposed new coronavirus restrictions Friday as they raced to slow the spread of COVID-19—with London at risk of following soon.

Leeds, a city of more than 750,000 in northern England, barred residents from meeting with members of other households either indoors or in private backyards. In the Welsh cities of Cardiff, Swansea and Llanelli, households also will be banned from mixing indoors. And in Scotland, students were asked not to go to bars and restaurants this weekend.

London, meanwhile, home to almost 9 million people, was added to the British government’s COVID-19 watchlist as an “area of concern.” That means the U.K. capital could face new restrictions as well, if infections continue to rise in the city.

Mayor Sadiq Khan blamed a shortage of virus testing capacity for the rising infection rates in London, saying that tests had been diverted away from the capital to other hot spots. Officials around the country have criticized the U.K.’s testing program in recent weeks because shortages have hampered the ability to track and isolate infected individuals.

“London is at a very worrying tipping point right now. We’re seeing a sharp rise in 111 calls, hospital admissions and patients in ICU,” Khan said, referencing Britain’s hotline for medical assistance. “The near collapse of test and trace and the resurgence of the virus means new measures to slow its spread were absolutely necessary.” 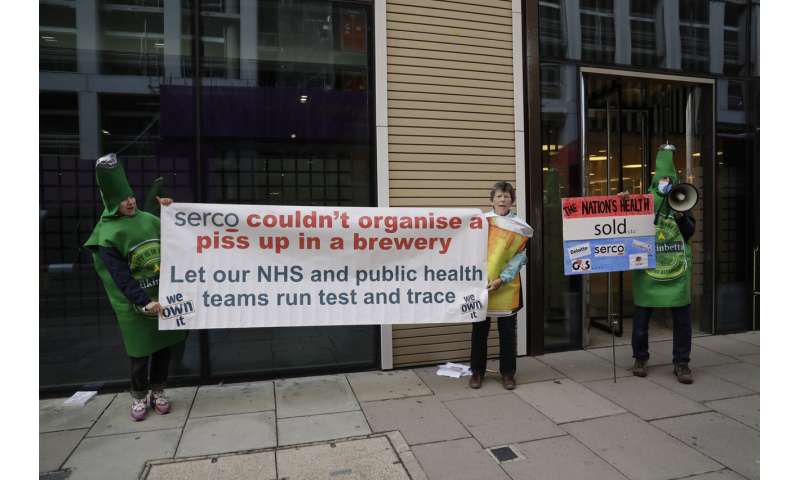 The U.K. government this week imposed a 10 p.m. curfew on pubs and restaurants, while increasing fines for people who violate quarantine and social distancing rules, in an attempt to curb a spike in COVID-19 cases. Some public health experts criticized the measures, saying they didn’t go far enough to stem the spread of the disease, which is hitting all age groups and areas of the country.

The Office for National Statistics estimates there were about 9,600 new infections a day in England last week, a 60% increase from the week before. The biggest increase was in young people aged 17-24.

Britain has recorded almost 42,000 deaths among people who tested positive for the virus, a figure that likely understates the true toll.

Public Health Wales said it was concerned that gains made in controlling the virus over the summer were in danger of going to waste because people aren’t following recommendations for hygiene and social distancing.

“If the situation continues to worsen, we may find ourselves at the same levels of infection that we experienced earlier this year in March and April; and with that comes the potential for more extended restrictions to be imposed nationally,” the agency said in a statement. 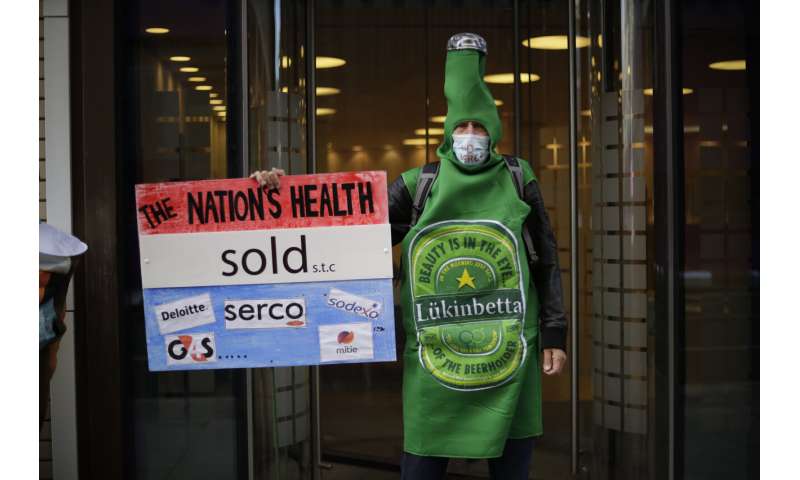 “Coronavirus has not gone away. It remains the responsibility of everyone to help prevent the spread of this virus to protect older and vulnerable family members and friends.”

Researchers at King’s College London said Friday that less than 20% of people who reported key symptoms of COVID-19 were self-isolating to ensure they didn’t spread the disease.

While most people were aware of the symptoms and expressed the intention to self-isolate before they tested positive, many failed to do so because of financial considerations and the need to care for people outside their home, the researchers found. Increased financial and practical support could increase compliance, the researchers said.

The study was based on surveys with more than 30,000 people conducted by the U.K. Department of Healthy and Social Care between March and August.