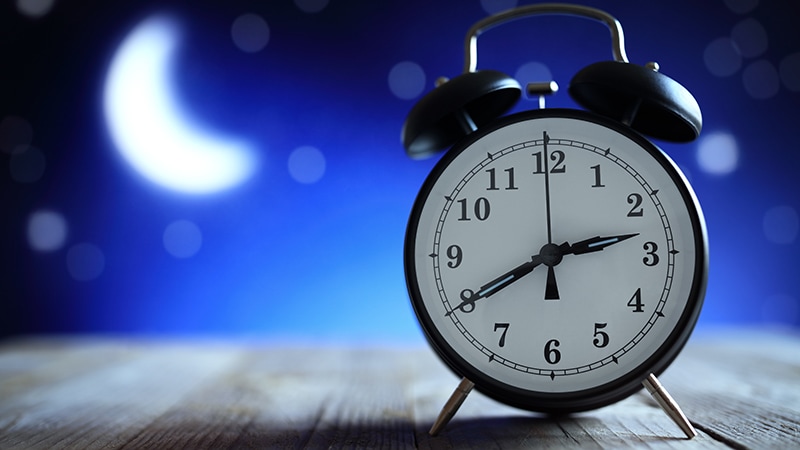 CHARLOTTE, N.C. — Erratic sleep patterns over years or even decades, along with a patient’s age and history of depression, may be harbingers of cognitive impairment later in life, an analysis of decades of data from a large sleep study has found.

“What we were a little surprised to find in this model was that sleep duration, whether short, long or average, was not significant, but the sleep variability — the change in sleep across those time measurements — was significantly impacting the incidence of cognitive impairment,” Samantha Keil, PhD, a postdoctoral fellow at the University of Washington, Seattle, reported at the at the annual meeting of the Associated Professional Sleep Societies.

The researchers analyzed sleep and cognition data collected over decades on 1,104 adults who participated in the Seattle Longitudinal Study. Study participants ranged from age 55 to over 100, with almost 80% of the study cohort aged 65 and older.

The Seattle Longitudinal Study first started gathering data in the 1950s. Participants in the study cohort underwent an extensive cognitive battery, which was added to the study in 1984 and gathered every 5-7 years, and completed a health behavioral questionnaire (HBQ), which was added in 1993 and administered every 3-5 years, Keil said. The HBQ included a question on average nightly sleep duration.

Under this analysis, “sleep variability over time and not median sleep duration was associated with cognitive impairment,” she said. When sleep variability was added into the model, it improved the concordance score – a value that reflects the ability of a model to predict an outcome better than random chance – from .63 to .73 (a value of .5 indicates the model is no better at predicting an outcome than a random chance model; a value of .7 or greater indicates a good model).

What makes this study unique, Keil said in an interview, is that it used self-reported longitudinal data gathered at 3- to 5-year intervals for up to 25 years, allowing for the assessment of variation of sleep duration across this entire time frame. “If you could use that shift in sleep duration as a point of therapeutic intervention, that would be really exciting,” she said.

Future research will evaluate how sleep variability and cognitive function are impacted by other variables gathered in the Seattle Longitudinal Study over the years, including factors such as diabetes and hypertension status, diet, alcohol and tobacco use, and marital and family status. Follow-up studies will be investigating the impact of sleep variability on neuropathologic disease progression and lymphatic system impairment, Keil said.

By linking sleep variability and daytime functioning, the study employs a “newer approach,” said Joseph M. Dzierzewski, PhD, director of behavioral medicine concentration in the department of psychology at Virginia Commonwealth University in Richmond. “While some previous work has examined night-to-night fluctuation in various sleep characteristics and cognitive functioning, what differentiates the present study from these previous works is the duration of the investigation,” he said. The “richness of data” in the Seattle Longitudinal Study and how it tracks sleep and cognition over years make it “quite unique and novel.”

Future studies, he said, should be deliberate in how they evaluate sleep and neurocognitive function across years. “Disentangling short-term moment-to-moment and day-to-day fluctuation, which may be more reversible in nature, from long-term, enduring month-to-month or year-to-year fluctuation, which may be more permanent, will be important for continuing to advance our understanding of these complex phenomena,” Dzierzewski said. “An additional important area of future investigation would be to continue the hunt for a common biological factor underpinning both sleep variability and Alzheimer’s disease.” That, he said, may help identify potential intervention targets.

Keil and Dzierzewski have no relevant disclosures.