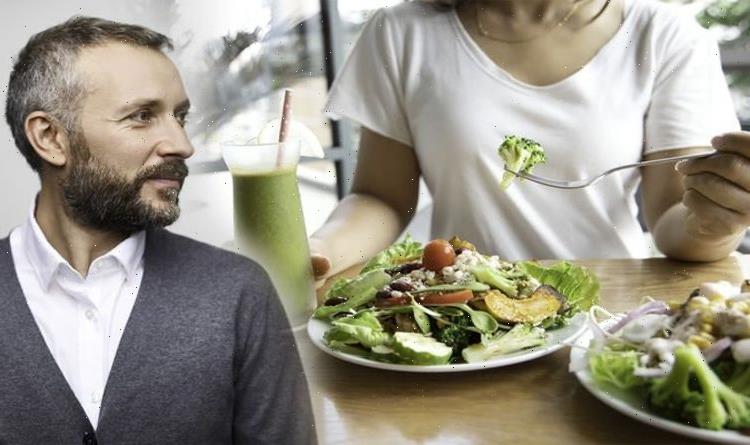 Certain diets’ potential on anti-ageing has been a hot topic among researchers. For almost a century, caloric restriction and other dietary interventions have been known to extend life span and delay age-associated disease. According to researchers, a common mechanism for anti-aging diets may be related to the inhibition of the protein kinase mTOR. What are two of the best diets which positively affect mTOR to help with age-related diseases and longevity?

How mTOR affects ageing and longevity

In a study published in the National Library of Health, mTOR as a key modulator of ageing and age-related diseases was analysed.

“Many experts in the biology of ageing believe that pharmacological interventions to slow ageing are a matter of ‘when’ rather than ‘if’,” wrote the study.

It added: “A leading target for such interventions is the nutrient response pathway defined by the mechanistic target of rapamycin (mTOR).

“Reduction in nutrient intake in the absence of malnutrition, or dietary restriction (also referred to as calorie restriction), extends lifespan in many different species.”

In fact, other than mTORC1 inhibition, dietary restriction is currently the only intervention known to extend lifespan in yeast ageing models and in worms, flies and mice.

“mTORC1 is thought to play a part in mediating longevity and health benefits as a result of dietary restriction, which is intuitive given its function in responding to nutrient and growth cues.

AMP-activated protein kinase (AMPK) found in the keto diet is a nutrient-sensing enzyme that functions as a central regulator of metabolism and energy production in the body.

AMPK is activated by a variety of inputs, including calorie restriction, lowered blood insulin levels, and exercise.

The ketogenic diet is a high-fat, moderate-protein, low-carbohydrate food plan.

Studies have found that by following this type of diet, an increase in lifespan was noted.

Studies in mice and other animals have also shown that intermittent fasting also increases longevity.

Intermittent fasting diets are emerging as safe strategies to affect longevity and health span by acting on cellular ageing and disease risk factors.

The diet has a strong effect on longevity in organisms ranging from yeast to humans.

What do the diets entail?

The keto diet drastically reduces the amount of carbohydrate consumed and replaces it with fat.

This reduction in carbs puts the body into a metabolic state called ketosis.

The diet consists of a high portion of protein and certain vegetables with anything containing sugars and carbohydrates drastically reduced.

Intermittent fasting on the other hand involves meal timing scheduling which cycles between voluntary fasting and non-fasting over a given period.