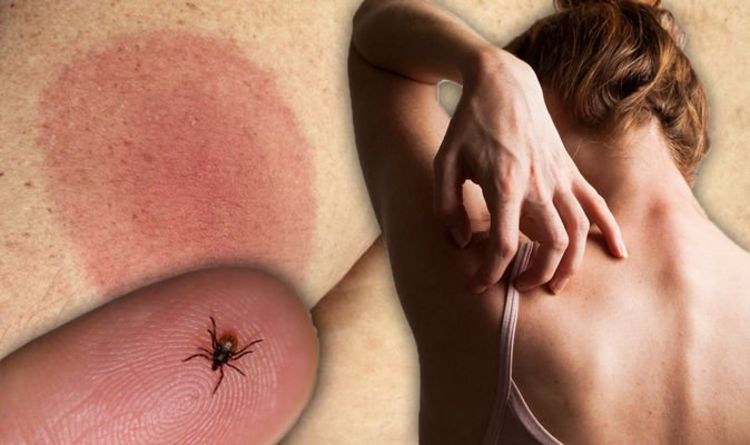 Lyme disease is a bacterial infection that may be spread to humans from the bite of an infected tick, according the NHS. While most tick bites are harmless, untreated lyme disease could lead to some neurological problems, heart problems, and even arthritis. Ticks that cause cause lyme disease can be found all over the UK, but are most common in grassy and wooded areas of southern England, as well as the Scottish Highlands. You could be at risk of lyme disease if you develop the characteristic circular rash, it added.

Initial symptoms can include flu-like symptoms, aches and fever, then later inflammation

The lyme disease rash can appear similar to the bullseye on a dart’s board. The skin will be red, and the edges may feel slightly raised.

This rash can develop up to three months after the initial tick bite, and may last for up to several weeks.

But, more often than not, the rash will start to show within the first four weeks of the infection.

However, not everyone develops this rash, and you should be aware of the other warning signs and symptoms, just in case, said Lyme Disease and Bite Prevention Expert, Howard Carter.

“Not everyone presents with the classic bulls-eye rash – only a third of people who have contracted lyme actually present with this rash,” he said. 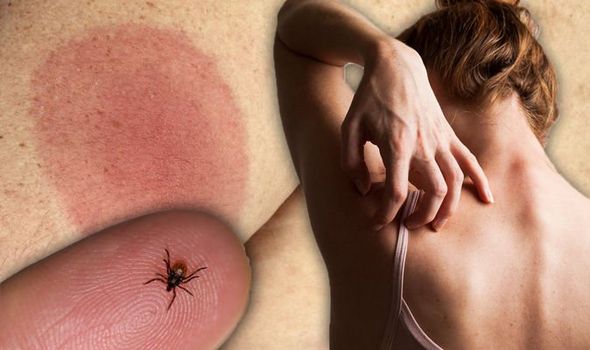 If you’ve been bitten by a tick – which are small, spider-like creatures that attach themselves to the skin of animals or humans who walk past, and subsequently feed on their blood for a number of days – it’s important to make sure you remove them carefully.

You can remove a tick by using fine-tipped tweezers, said the NHS. Grasp the tick as close to the skin as possible.

Slowly pull upwards, making sure that you don’t crush the tick. Then clean the bite with antiseptic, or soap and water.

But you can avoid tick bites by using an insect repellent, and buy avoiding long grass and foliage, said Carter. 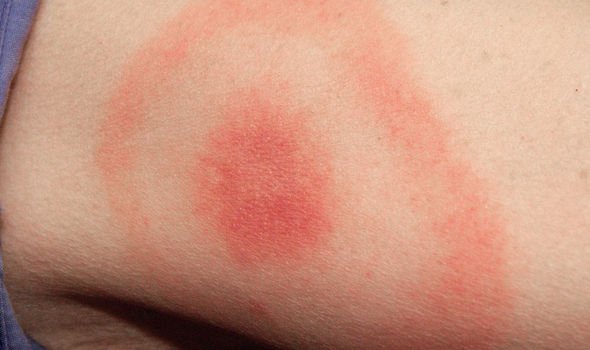 Lyme Disease is a bacterial infection spread to humans by infected ticks. Here are the signs and symptoms that follow a bite.

“If it’s not possible to stick to paths, tuck your trousers into socks and use a natural insect repellent on skin and again on clothing that could come into contact with the grass,” he said.

“Get someone to check you after you’ve been out walking. They need to look for ticks and puncture marks. It’s important to check for them in areas like the armpit, groin and scalp.

“Ticks are not easy to spot as they are smaller than the size of a pin-head. However, they are easier to spot once they have been feeding for some time and have swollen to the size of a pea.”

You should speak to a doctor if you’ve been bitten by a tick in the past month, and you’ve started to develop flu-like symptoms, said the NHS.

Lyme disease can be difficult to diagnose, but there are two types of blood test available to help confirm or rule out the bacterial infection.