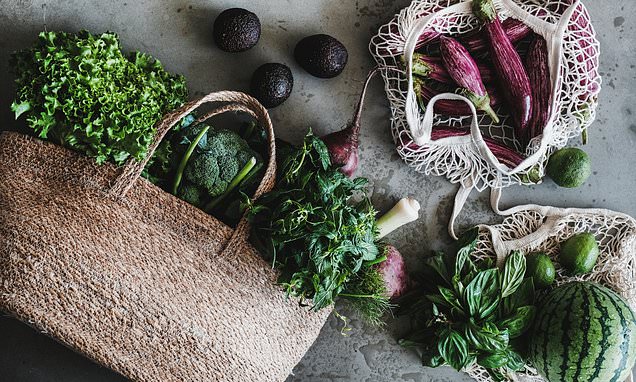 Man, 67, who suffered 72-hour migraines for a decade says he was cured in months after doctor prescribed him ‘anti-inflammatory diet’ of green leafy vegetables

A man who suffered debilitating 72-hour migraines for more than a decade claims he has been cured after switching to a diet rich in vegetables.

The unnamed 67-year-old American man suffered painful headaches for 12.5 years and had tried everything from medication, to cutting out certain foods and yoga, in his quest to end them.

But a prescribed diet full of nutrient rich dark green leafy vegetables such as kale, watercress and spinach, cured the man’s condition in just three months.

The man, who was 60-years-old when he first started the diet in 2012, has now been migraine free for just over seven years.

Doctors, who detailed the case in BMJ Case Reports, attributed his improved condition to the high levels of anti-inflammatory and antioxidant nutrients found in the leafy green vegetables. 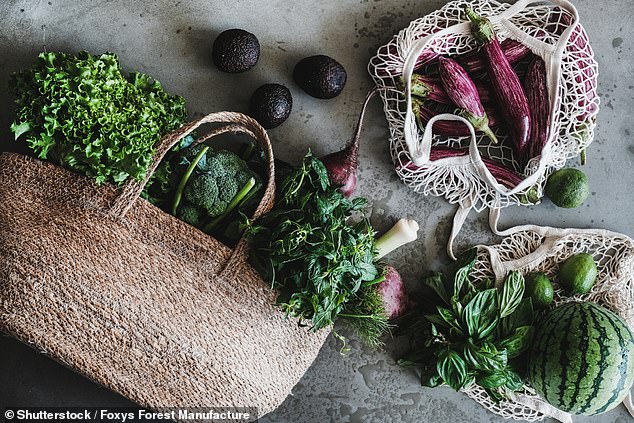 ‘Given the central role that a pro-inflammatory and oxidative state play in migraine pathophysiology, it is likely that this patient achieved relief and reversal from his chronic migraines by increasing his phytonutrient consumption,’ they said.

Prior to taking up the vegetable diet, called Low Inflammatory Foods Everyday (LIFE), the man had chronic migraines, with the painful headaches lasting up to 72-hours on 18-to-24 days of each month.

Asked to rate the migraines on a pain scale out of 10, the man ranked them between 10 and 12.

But just two months after upping his daily vegetable intake, the migraines decreased to just once per month before disappearing entirely three months into the diet.

What is a migraine?

A migraine is usually a moderate or severe headache felt as a throbbing pain on one side of the head.

It is a common health condition, affecting around one in every five women and around one  in every 15 men. They usually begin in early adulthood.

There are several types of migraine, some have warning signs such as flashing lights in vision others don’t.

Some people have migraines frequently, up to several times a week while others can have years between attacks.

You should see a GP if you have frequent or severe migraine symptoms, classified by the NHS as on more than five days a month.

The exact cause of migraines is unknown but they are thought be the result of temporary changes in the chemicals, nerves and blood vessels in the brain.

Some sufferers know certain triggers like particular food or drinks or stress can cause or increase the risk of a migraine.

The NHS says there is no cure for migraines though certain medications and behaviour changes can reduce the symptoms or frequency of attacks.

Detailing his experience in the report, the man could not understate the difference it had made to his life compared to his previous regime of using anti-migraine drugs.

‘Most days, I was either having a migraine or recovering from one,’ he wrote.

‘If I missed the 15–30min medication window, the migraines would be a 12 out of 10, and I could end up in bed in the fetal position. I was desperate.’

The man, who works as photographer, said the diet transformed his life.

‘I can’t even remember the last time I had a headache. I am no longer a prisoner in my own body. I have my life back,’ he wrote.

Dark green leafy vegetables are important overall sources of carotenoids, such as beta-carotene, which are phytonutrients proven to reduce inflammation and oxidative stress

Before going on the diet, blood tests revealed the man had a normal level of beta-carotene, a red-orange component found in many fruit and vegetables, 53 µg/dl.

After a month on the LIFE diet this rose to 92 µg/dl then rising to 150µg/dl for the next seven-and-half years.

Phytonutrients are natural compounds found in plant foods which have been linked to various health benefits.

One of the authors of the case report, Dr David Dunaief from New York, said while their report detailed only a single case, it highlighted the potential benefits of a plant based diet to those suffering from chronic migraines.

‘While this report describes one very adherent patient who had a remarkable response, the LIFE diet has reduced migraine frequency within 3 months in several additional patients,’ he said.

‘Prospective studies on the effects of the LIFE diet and other WFPB diets on patients suffering from migraines are warranted.’

One limitation of the study is that the man was HIV positive and it is unknown how his HIV status and the antiretroviral drugs he was on contributed to his symptoms.

The authors said more than 1billion people worldwide have migraines, characterised as one-sided, pulsating headaches lasting four to 2 hours, and often accompanied by sensitivity to noise and light.

Migraines are classified as being either episodic, happening fewer than 15 days a month, or chronic, which is 15 or more migraine days a month and having them on at least eight days a month.

What causes migraines is unknown but they are thought to be the result of temporary changes in the chemicals, nerves and blood vessels in the brain.

The NHS advises that there is no cure for migraines though medications and behaviour changes to avoid certain triggers like particular food/drink and stress can reduce the symptoms or frequency of attacks.

Meals should be based on potatoes, bread, rice, pasta or other starchy carbohydrates, ideally wholegrain, according to the NHS

• Base meals on potatoes, bread, rice, pasta or other starchy carbohydrates, ideally wholegrain

• 30 grams of fibre a day: This is the same as eating all of the following: 5 portions of fruit and vegetables, 2 whole-wheat cereal biscuits, 2 thick slices of wholemeal bread and large baked potato with the skin on

• Eat some beans, pulses, fish, eggs, meat and other proteins (including 2 portions of fish every week, one of which should be oily)

• Choose unsaturated oils and spreads and consuming in small amounts