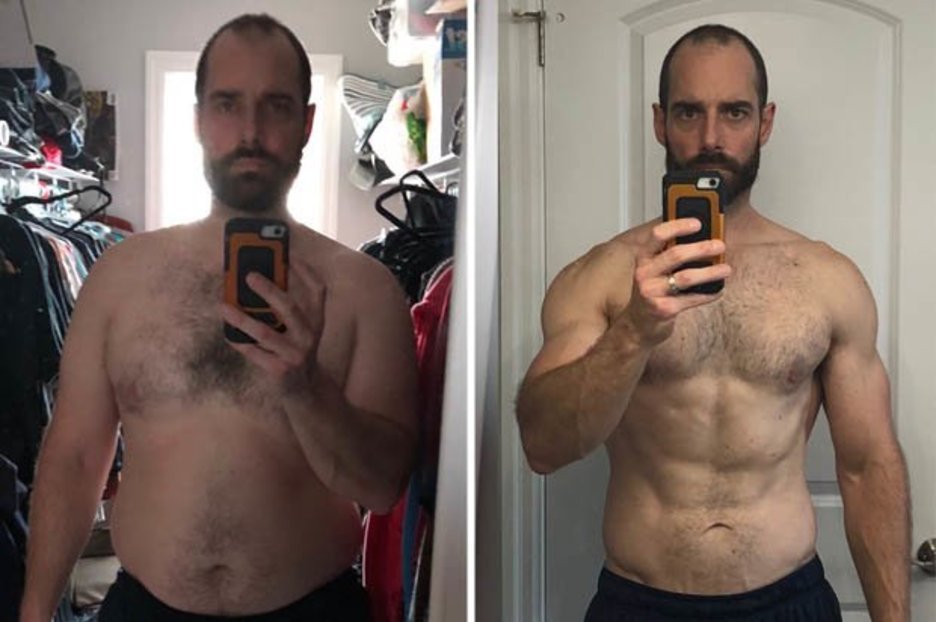 This man, known as “Sustenai” on Imgur, has revealed his incredible weight loss transformation.

He started his diet in April 2018 and weighed just over 17st before his journey.

Now weighing 13.6st, it only took him only seven months to slash 3st and gain a six pack.

In pictures, he showed off his incredible biceps and rippling abs on the social media site.

The 43-year-old said on Imgur: “I have been up and down with my weight for the past almost 25 years.

“I’ve done pretty much everything to lose weight and get in shape, but I was probably in the best shape of my life in my mid 30s as I had completed the original P90X program six times through.”

P90X or Power 90 Extreme, is a home exercise regimen created by Tony Horton in 2005.

It consists of a training program that uses cross-training and periodisation, combined with a nutrition and dietary supplement plan. 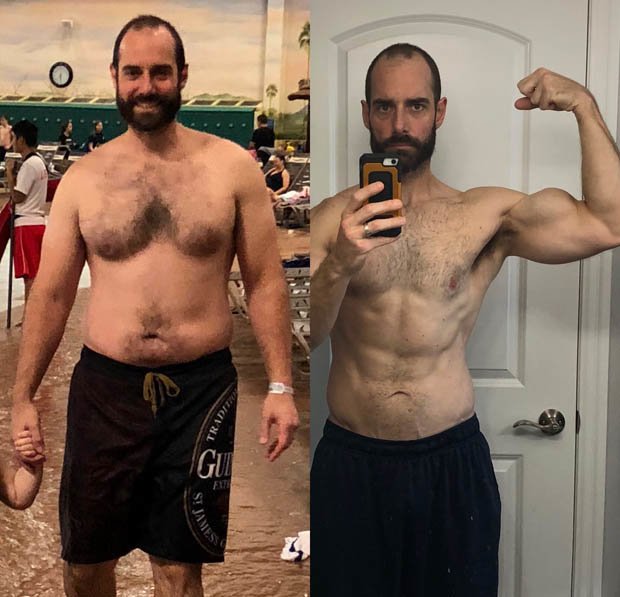 He revealed: “Bottom line basics is that it comes down to eating less calories than your maintenance calories and watching your macros so you keep a good balance.

“For me, this time around I just followed a sensible nutrition plan cutting out the bad food, but I also followed an intermittent fasting (IF) plan where I eat my daily calories in an eight hour window while fasting for the other 16.

“Drink lots of water. I know it gets said a lot, but it’s true. Hydration (sometimes your just thirsty, not hungry), no calories, digestion.

“I don’t drink a bunch of alcohol (only a couple times a month on average) so that was never an issue for me, but keeping that down to a minimum is helpful.”