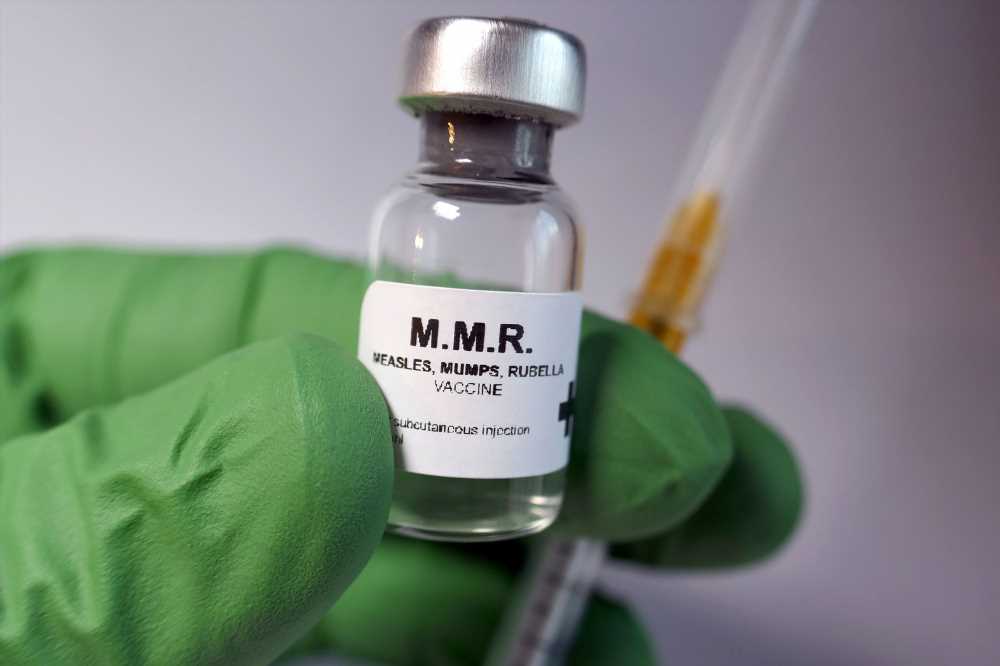 There is no scientific link between vaccines and autism, according to the Centers for Disease Control.

The Centers for Disease Control has confirmed 971 measles cases since the start of 2019, the highest number since 1992. The U.S. may lose their status as a country that has eradicated the measles if the outbreak continues.

This year’s total now surpasses that of 1992, when there were 963 for the entire year. That had stood as the record since the measles vaccine became widely available.

The agency is urging parents to have their children vaccinated, and for those traveling abroad to make sure they are immunized.

“Measles is preventable and the way to end this outbreak is to ensure that all children and adults who can get vaccinated, do get vaccinated,” said CDC Director Dr. Robert Redfield, M.D. “Again, I want to reassure parents that vaccines are safe, they do not cause autism. The greater danger is the disease the vaccination prevents.”

The CDC says that there are currently outbreaks of the measles in several parts of the U.S., including the Pacific Northwest, Michigan and New York City. They believe the outbreaks are due to people traveling to other countries with significant outbreaks, including Israel, the Philippines and Ukraine, and then coming back to the U.S. and infecting people in areas with low vaccination rates, particularly Orthodox Jewish communities.

The New York area outbreaks in Brooklyn and Rockland County have now lasted for eight months, and if they continue through the summer and fall the U.S. may lose its status as a country that has eliminated the measles, the CDC said.

“That loss would be a huge blow for the nation and erase the hard work done by all levels of public health. The measles elimination goal, first announced in 1966 and accomplished in 2000, was a monumental task,” the agency said in a press release.

Several U.S. politicians are taking steps to slow down the spread of measles. NYC mayor Bill de Blasio declared a public health emergency on April 9, and said that unvaccinated people must get the vaccine or be subject to a fine. In Rockland County, the county executive instituted a ban that disallowed any unvaccinated minors from public areas. There have been 550 reported cases of the measles in NYC since September, and 254 in Rockland County.

Despite extensive research proving the safety of the vaccine, people are choosing for themselves or their children to go unvaccinated. This is partially due to the spread of misinformation about the vaccine, which has led parents to opt out of giving children the life-saving protections.

Cases of the measles worldwide are up by 300 percent in the first three months of 2019, compared to the same time period last year, based on preliminary data, the World Health Organization says.

This new data “indicates a clear trend” of rising rates of infection, the organization said in a report released April 15, which comes as several countries are experiencing outbreaks.

While there are continued outbreaks in countries with low vaccination rates —the Democratic Republic of the Congo, Ethiopia, Georgia, Kazakhstan, Kyrgyzstan, Madagascar, Myanmar, Philippines, Sudan, Thailand and Ukraine — they are also occurring in countries where the disease was thought to be eradicated, thanks to the measles vaccine. Currently, the United States, Israel, Thailand and Tunisia are all experiencing measles outbreaks due largely to communities where people have resisted vaccinations, typically due to misinformation or religious beliefs.

Earlier this year, the World Health Organization named “vaccine hesitancy” — the “reluctance or refusal to vaccinate despite the availability” — as one of the biggest threats to global health in 2019. Thanks to the measles vaccine, 2 to 3 million deaths are prevented each year, WHO said, but that number could be much higher.

“A further 1.5 million could be avoided if global coverage of vaccinations improved,” the group said.