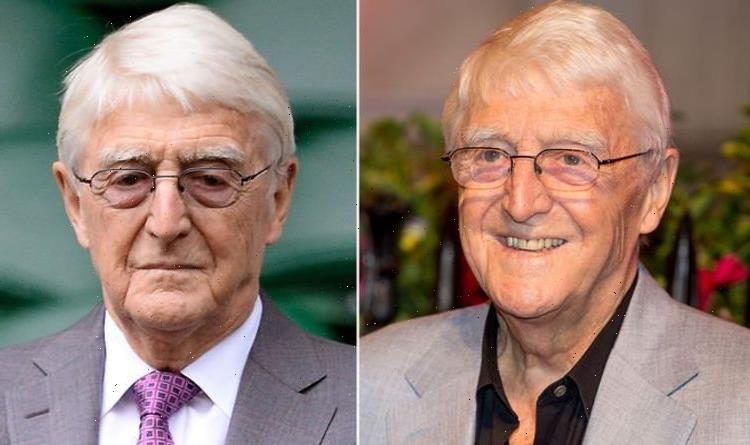 Michael Parkinson in tears as he rewatches interview

The name was in relation to his alcohol addiction that had become excessive. So much so that it was causing a rift within his marriage to wife Mary Parkinson. It was a drinking habit that also affected his long-term friend football player George Best. George died in 2005 at the age of just 59 and Michael revealed that he was unable to help the troubled footballer because he was just as drunk.

As the iconic interviewer gets older, fans are becoming increasingly more worried about his health.

This was not helped by his last TV appearance on Lorraine on August 25, where the 86 year-old looked extremely old and haggard.

Could this be the effects of years of heavy drinking catching up to the journalist?

In an interview on Good Morning Britain he revealed that it was the death of his father that made him turn to drink.

He said that Michael’s presence would create a “charged and unpleasant atmosphere.”

It wasn’t only his children that realised his filthy habit.

His wife Mary used to tell him: “‘Do you know what happens to you, the worst thing when you drink?’ No, says I. She said, ‘you become ugly.’”

In response to the unhappiness and disquiet he was causing within his family home, the presenter admitted that he was “too drunk to realise” it was even happening.

“When you’re drinking, where are you? You’re not right,” Michael said in an interview with The Telegraph.

Since his heavy drinking days, Michael still enjoys the occasional glass of wine, but admits that he “doesn’t miss it.”

In the UK there are an estimated 586,780 people who are dependent on drink.

Out of these, according to data by Alcohol Change UK there are only 18 percent who are receiving some form of treatment.

Alcohol is a causal factor in more than 60 medical conditions.

Making it an extremely risky substance for health.

Life-threatening medical conditions such as cancers in the mouth, throat, stomach, liver and breasts as well as high blood pressure and depression can all stem from alcohol intake.

In the period of 2018/2019 there were 1.26 million hospital admissions related to alcohol consumption in England, with the rate up on previous years.

If you or anybody you know needs help due to a drinking problem, your GP is a good place to start.