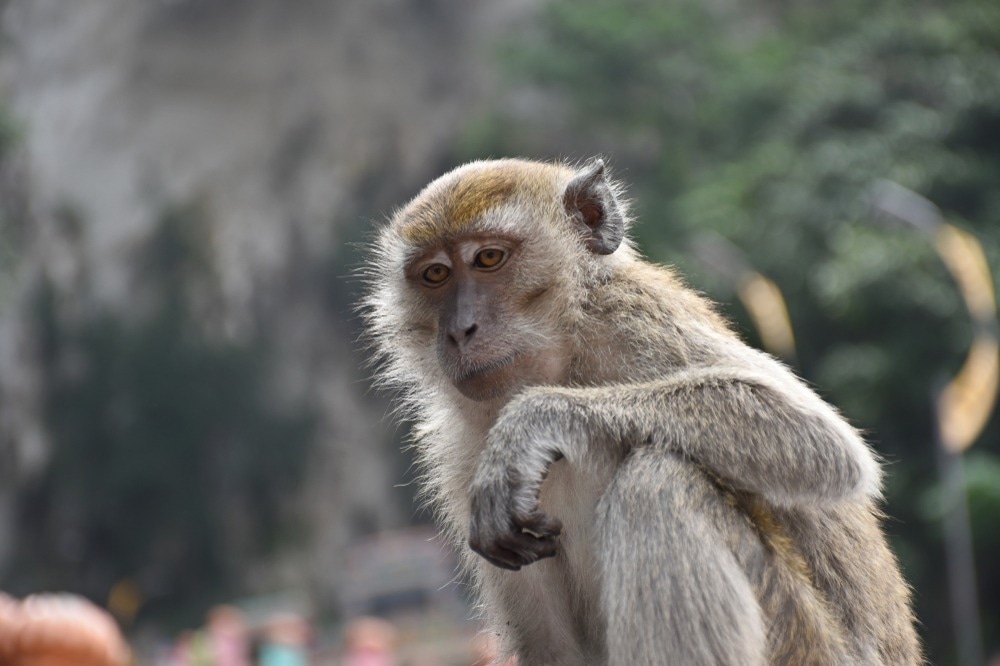 In a recent study published in Nature Microbiology, researchers performed retrospective detection of the monkeypox virus (MPXV) in the testes of nonhuman primates (NHPs).

Close sexual contact has been associated with the spread of (MPXV in the global pandemic in 2022. However, it is still unclear whether MPXV duplicates in the testicles or transmits through semen and results in an active infection. The team retrospectively examined crab-eating macaques infected with MPXV of clade I or clade II MPXV using immunostaining and ribonucleic acid (RNA) in situ hybridization.

In the present study, researchers examined MPXV infection and its persistence in the testes of infected crab-eating macaques, including MPXV-recovered macaques.

Crab-eating macaques infected with MPXV at the team's institute were utilized to examine the pathogenesis of human MPVX or as a substitute animal model to study smallpox. MPXV infection was detected by screening formalin-fixed paraffin-embedded (FFPE) testicular, prostatic, and epididymal tissues from 21 male crab-eating macaques that died within six to 13 days of MPXV exposure via IT, IV, or AS inoculation route, without therapeutic intervention. This facilitated the understanding of the possibility of MPXV infection in the testes and shedding into semen.

The team created an RNA in situ hybridization (ISH) assay to identify the MPXV-specific transcript D1L, which causes smallpox. The study hypothesized that MPXV might linger in the testes of NHP survivors. Furthermore, the testicular tissues collected from 20 crab-eating macaques that had withstood the MPXV challenge without medical treatment were screened.

Intriguingly, MPXV antigen was occasionally found in the inflammatory cells and spermatozoa or in cellular debris present in the seminiferous tubules, which house sperm production as well as immune privilege. MPXV antigen was largely found in the duct epithelium and the lamina propria of the epididymis. Remarkably, MPXV antigen was also found in degenerated spermatozoa, cellular debris in the epididymal duct lumen, or inflammatory cells. In the regions of inflammation observed in the prostate of six of 21 animals, immunohistochemistry (IHC) staining was multifocal or focal.

The team employed antibodies to perform immunofluorescence staining on alpha-smooth muscle actin (SMA) and MPXV to show that these MPXV had spread to the lumen of the epididymal ducts and the seminiferous tubules of the testis, which are crucial for the generation, maturation, and transportation of sperm. These findings imply that MPX virions may be released in the semen during the acute stage of the infection in crab-eating macaques, albeit additional verification requires viral isolation from semen.

Two of the 20 survivors with testicular tissues stained positively by IHC survived to the end of the trial and their scheduled death. Crab-eating macaques that survived MPXV exposure typically displayed scabbed skin lesions around 20 days following infection with a viral deoxyribonucleic acid (DNA) level below the detection threshold. On the face, tail, arms, feet, and/or back, these two survivors frequently had scabs as well as desquamated or healed skin sores.

The necrotic seminiferous tubules present in the two survivors' testes, as well as the necrotic center area of granulomas, were the main sites of IHC staining signal detection. With the exception of one survivor's lung and the other survivor's tracheobronchial lymph node and skeletal muscle, the IHC staining signal was not seen in the skin lesions or in the other organs. Additionally, MPXV-specific RNA ISH provided additional evidence of infection in the testicular granulomas. In addition to largely non-cell associated viral antigen in the necrotic center of granulomas, a small number of CD68+ monocytes/macrophages close to the necrotic areas also contained viral antigen.

The necrotic patches were also surrounded by lymphocytic, plasmacytic, and neutrophilic inflammation, as shown by the abundance of CD68+ monocytes/macrophages, CD3+ T cells, and myeloperoxidase (MPO)+ neutrophil granulocytes. Interestingly, CD8+ T cells account for most of the CD3+ T cells. These findings suggested that MPXV may be able to persist, especially in areas of inflammation and necrosis, in the testes of recovering crab-eating macaque survivors.

Our data provide evidence that monkeypox virus may be shed into semen during both acute and convalescent stages of the disease in crab-eating macaques.”

Overall, the study findings showed that crab-eating macaques may shed MPXV into their semen during both acute and convalescent stages of the infection.