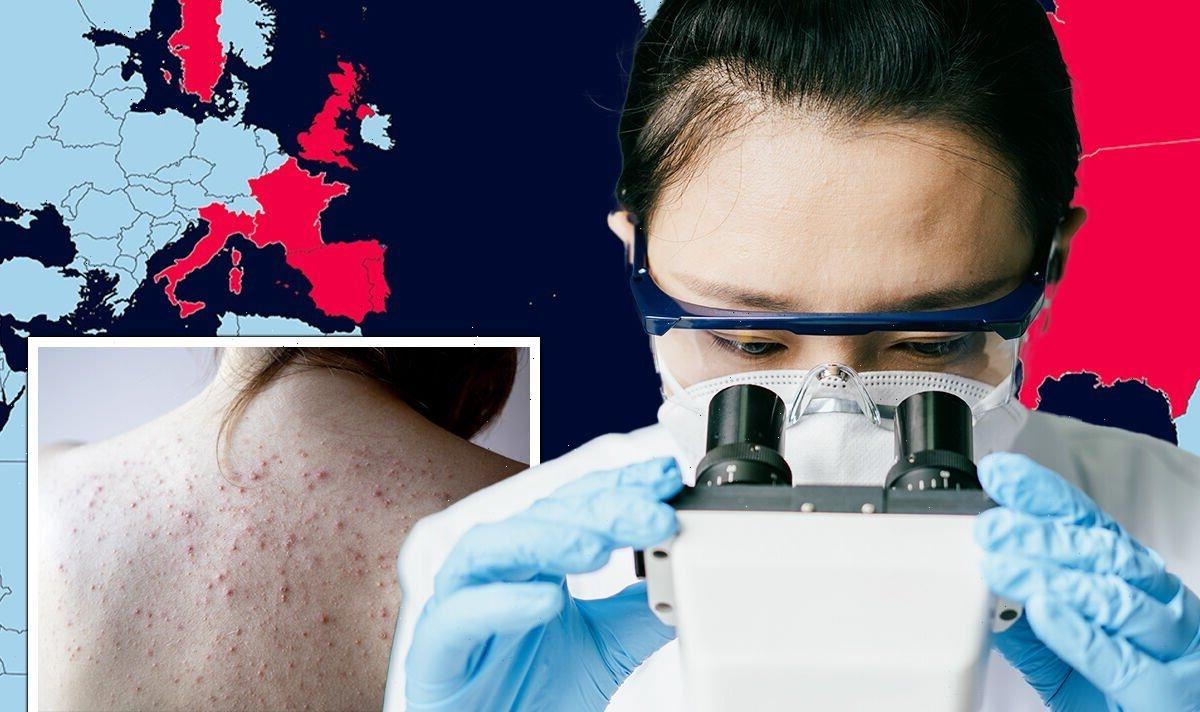 Monkeypox: Health agency urges people to look out for symptoms

The monkeypox outbreak this year has become one of the most extensive in history, with tens of cases sprouting far beyond the virus’ usual endemic regions. Monkeypox rarely strays outside of a clutch of African nations and struggles to thrive due to limited transmission avenues. But the latest cases have defied tradition, and while there aren’t yet fears it could pick up the torch put down by Covid, health officials have released urgent warnings for at-risk groups.

Where is monkeypox right now?

Over the last few weeks, cases have cropped up in Europe, with pocket outbreaks in the UK, Spain, Portugal and beyond.

Britain’s caseload stands at nine so far, the UK Health and Security Agency (UKHSA) has revealed, and officials fear more have spread under the radar.

The disease has achieved community transmission, with most cases not associated with travel to Africa.

All but two have emerged in London and followed close contact with an infected individual exhibiting the characteristic monkeypox rash.

Portugal has confirmed five and is investigating another 20 suspected cases.

France and Italy have recorded a case each, and Sweden is investigating suspected infections, bringing the number of affected European nations to six.

Two other continents – North America and Australia – have reported cases, with Canada and the US on high alert.

Canadian authorities have confirmed two cases and suspect a further 12, and another appears to have crossed the border to the south.

Officials in Massachusetts have recorded a lone case of monkeypox they believe came from Canada.

The Centres for Disease Control (CDC) is monitoring another possible six cases.

She told CNN that the number of cases reported is “definitely outside the level of normal for what we would see”.

Ms McQuiston added the public should “not be concerned that they are at immediate risk for monkeypox”, however.

Australia, which is closest to countries with endemic monkeypox, has reported one probable case of the disease.

Officials have identified a single infection in a man in his 40s who returned to Sydney from Europe this week.

They added that the man and a household contact are self-isolating at home.