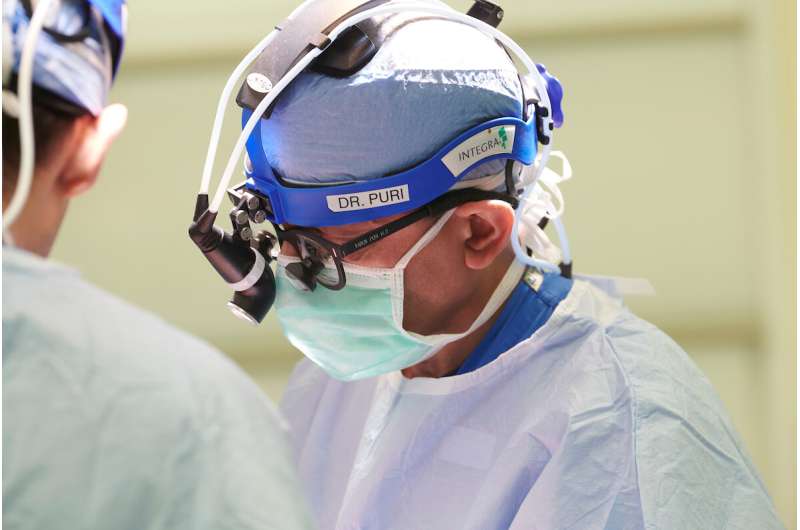 Regular postsurgical screening is critical for patients with lung cancer, the United States’ second most prevalent type of cancer and leading cause of cancer deaths. In cases involving early-stage non small cell lung cancer, up to half of patients will experience recurrence within the first two years after surgery.

For these reasons, guidelines by the National Comprehensive Cancer Network and other cancer groups recommend computed tomography (CT) scans every three to six months for patients who have had malignant lung tumors surgically removed. However, a new study by researchers at Washington University School of Medicine in St. Louis found no improvements in survival or recurrence rates among patients who followed the protocol, compared with those who were scanned every six months to one year.

The study is published Nov. 28 in the Journal of the National Cancer Institute.

Non-small cell lung cancer accounts for 84% of all lung cancer cases, according to the American Cancer Society, and the overall five-year survival rate is 25%.

The researchers focused on the first two years after surgery since that is when the risk of lung cancer recurrence is highest. After two to three years, cancer organizations typically recommend annual scans until the end of life.

“Scanning too frequently can be associated with unnecessary anxiety for patients and increased health-care costs,” said Puri, also a research member of Siteman Cancer Center at Washington University School of Medicine and Barnes-Jewish Hospital. “Patients who receive scans to check for recurrent cancer are understandably anxious, especially since it can take several days for results to be received. This phenomenon is sometimes called ‘scanxiety.’ It is obviously important to minimize scanxiety when it can be done safely.”

For the study, the researchers analyzed de-identified medical records in a database maintained by the U.S. Veterans Health Administration, the nation’s largest integrated health-care delivery system. The researchers examined information involving 6,171 patients with stage 1 non-small cell lung cancer who underwent surgery from Oct. 1, 2006, through Sept. 31, 2016. One patient group received scans every three to six months, and the other group every six to 12 months.

In all cases, more scans did not offer improved health, including among different tumor sizes, tumor stages and types of surgical procedures. Recurrence was observed in 22% of patients and did not differ based on the frequency of scanning. Similarly, overall survival remained the same between the two groups, with about 65% of patients surviving at least five years.

The average age of the patients was 67.5. The patients were predominantly male and white; however, statistical modeling controlled for different ages, genders and races.

“We found that certain patients had received more frequent CT scans, including patients who smoked and patients who had certain types of operations,” said the study’s first author, Brendan Heiden, MD, a surgical resident and research fellow at Washington University. “Conversely, we found that African-American patients received less frequent scans, which is a potentially concerning health disparity that warrants further research. Nonetheless, we were encouraged to find that patient outcomes were generally equivalent regardless of scan frequency.”

Heiden continued: “The VA treats a unique patient population that consists mostly of males with significant smoking histories. Therefore, we believe that our findings are most applicable to veterans with lung cancer. However, prior studies examining non-VA patient populations have found similar results to ours, suggesting that the results may apply more broadly to the general population. More research is needed.”