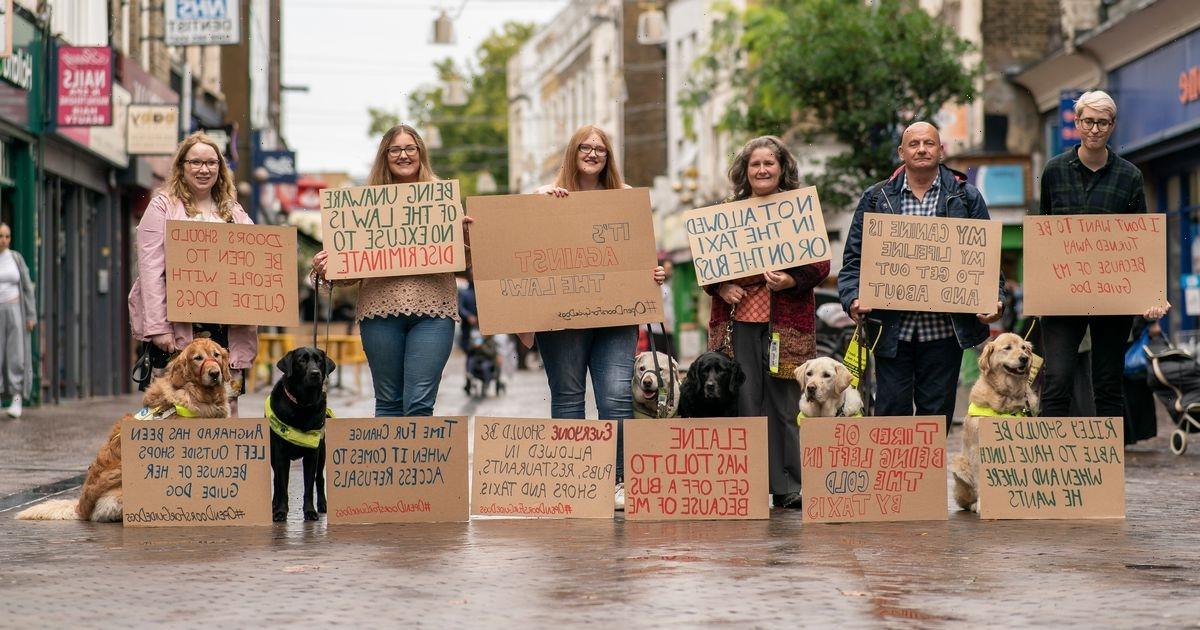 Nearly half of retail staff (47%), and one in five hospitality employees (19%), have no idea it is illegal to refuse guide dog owners access to a business or service, research has found.

The study comes as 81% of guide dog owners revealed they have been turned away from accessing a business or service, with nearly three-quarters (73%) experiencing an access refusal in the last 12 months.

The most common places including restaurants and bars, taxis or private hire vehicles, and retail services.

The poll of 242 guide dog owners revealed 49% have ended up changing their plans or avoiding certain places because they’re worried about being refused entry or challenged.

In response to the mounting issue, Guide Dogs, which commissioned the research, has launched their “Open Doors” campaign.

They have teamed up with a group of guide dog owners who hope to educate the public and build an awareness of how access refusal can leave those affected feeling frustrated (19%), sad (18%), and humiliated (17%).

Brian Lawson, who is involved in the initiative, said: “Like many guide dog owners, I have experienced access refusals.

“It is upsetting and makes me feel rejected and worried about making future plans.

“One of the worst occasions for me was being refused by a taxi after visiting my dying relative, despite having pre-booked and confirming I am a guide dog user.

“I hope this campaign helps to change the dial and make a long-lasting change by educating the public and business owners alike, so that these types of refusals don’t happen again to anyone like me.”

Additional research of 2,000 dog owners found more than a third had no idea refusing a guide dog entry to an establishment is illegal.

And nearly half (47%) of retail staff, and one in five hospitality employees (19%) were also unaware.

It also emerged that half (51%) of all respondents would struggle to identify a guide or assistant dog from a standard pet dog.

However, 60% of those polled, via OnePoll, want to see businesses take action against this kind of discrimination.

And 51% would be more likely to visit a venue that put an emphasis on accessibility and inclusivity, over one that didn’t.

Blanche Shackleton, head of policy, public affairs, and campaigns at Guide Dogs, said: “Guide dog owners deserve to be able to live their lives the way they want, and feel confident, independent, and supported in the world.

“The law is clear, and yet guide dog owners continue to experience access refusals, which are almost always illegal.

“Businesses and services need to do more to ensure they have open doors to guide dog owners.

“We have listened to the concerns of guide dog owners and, in response, we have launched the Open Doors campaign.

“The first element of this is the launch of our new app that makes it quick and easy for guide dog owners to report access refusals to us, get support, or educate businesses on access rights.”