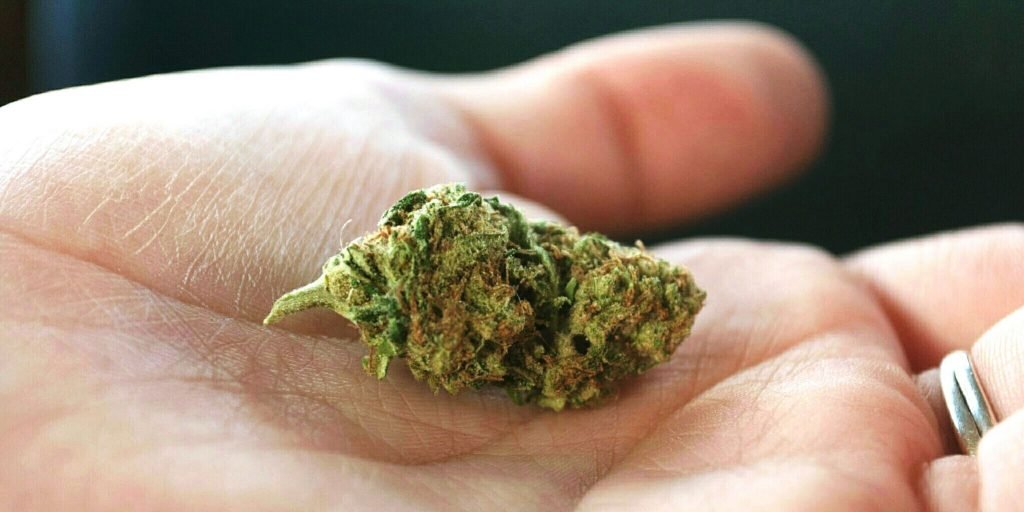 Cannabis has a scope and variety unlike any other drug. Examine the diverse pharmacopeia of marijuana and you will find a myriad assortment of radiant colors, pungent flavors, potent scents, and mind-altering effects—there’s a lot to experience. So where to start?

As more recreational marijuana markets open, navigating this space can be overwhelming, especially for newcomers. If you’re in a corner of the globe with recreational cannabis, or are just visiting, you’ll need to know a few things to seek out the strain that’s right for you.

What Are the Chemicals in Marijuana?

Cannabis is complicated because there are dozens of chemicals, called cannabinoids, in the plant. Most are at such low concentrations they don’t do much. But many people are familiar with at least two of those that stand out: THC, the chemical that gets you “stoned” and CBD, the molecule that isn’t intoxicating, but can ease anxiety and pain. THC and CBD are relatively well studied compared to the rest of the cannabinoids, but we still know less than doctors would like.

Too much THC and too little CBD can make some people anxious, for example, but a balance can improve mood and energy. Some cannabinoid combos can improve creativity, supplement a workout, soothe insomnia, increase libido, or help you recover from a hangover.

Cannabis also contains chemicals called terpenes. These are essential oils made by the plant that give it scent and flavor, but can also be psychoactive. Limonene, for example, can make weed smell like citrus and has been shown in rodents to reduce depression and kill tumors, although these results have been replicated in humans with mixed results.

The balance between these many different chemicals is called the Entourage Effect, and while it isn’t established science yet, there is a lot of evidence that different cannabis extracts work together to produce different effects. Scientists are still figuring out what those effects are, but as legalization spreads, research is becoming more widespread.

If you’ve been around pot smokers long enough, you’ve probably heard the terms sativa and indica to describe different types, or strains, of weed. Sativa strains allegedly give those who use them the more energetic, head rush high—good for creativity, mood, and exercise. Indica strains, nicknamed “in da couch,” are supposedly the more sedating, medicinal, relaxing high.

But it turns out, there’s really no scientific basis for this dichotomy—not anymore, at least. Marijuana strains have been bred and crossbred and hybridized so much that they’ve been “broken,” according to Reggie Gaudino, a molecular geneticist and president of Steep Hill Labs in Berkeley, California, one of the nation’s top cannabis research companies.

Intensive inbreeding has generally been in pursuit of high-THC strains, at the expense of other cannabinoids and terpenes, which means most of the weed at today’s dispensaries are identical in terms of chemical content.

“Typically, we could use indica and sativa for a measurement of what you could expect from the plant,” Gaudino explains in a call. “That is no longer the case. The only way to get an idea of what you’re going to get out of a plant today is by extensive testing.”

Instead, labels like THC-dominant, CBD-dominant, or balanced THC:CBD strains are a better benchmark for anticipating effects, but this distinction is still wide—a little like red, white, or sparkling as categories for wine. There’s obviously much more to it than that, which is why analyzing cannabis potency is crucial.

But there’s a major problem with cannabis testing: consistency. Most cannabis markets require third-party analysis, however, regulations vary from place to place, and the results on the label may not actually tell you much.

“Differences in THC or CBD levels, minor cannabinoids, terpenes, all of that stuff can vary significantly from product to product, strain to strain,” says Nick Jikomes, a neuroscientist and the principal research scientist at Leafly, the world’s largest online cannabis registry. That variance can make choosing a product with a known composition challenging or confusing.

“Once you find a product with a composition that works for you, you can keep going back to that,” Jikomes says. “But in order to do that, you need to be able to discern what the composition of the product is and that’s almost impossible almost anywhere you go in the legal cannabis industry right now.”

The rise in homogeneity and lack of reliable label info can be a problem. Say your friend or relative has tried cannabis two or three times and didn’t enjoy it. That may not be on them, but on the product.

“Maybe they only tried THC-dominant strains and maybe what they need is a balanced strain with a different terpene profile and they just don’t know that,” Jikomes says. “There’s currently no way for them to easily navigate the space of strains and products to figure that out.”

What’s On The Label

Some cannabis companies are putting more info on product labels as their customers become savvier beyond THC. In certain markets, listings of cannabinoids and terpenes resemble a nutrition facts label. This is great, but how do you interpret this info? Even if you know that myrcene is (allegedly) sedative, what does 0.5 percent myrcene mean?

“You want the consumer to be able to ascertain something about the composition of a strain or a product at a glance,” Jikomes says. While that’s a problem he’s trying to solve, a solution doesn’t exist yet.

Another issue is that some cannabis testing labs have been caught artificially inflating things like THC content or neglecting to test for pesticides. “It’s very well known within the industry that many labs have a business incentive to basically do bad science,” Jikomes says.

If you ever find a strain that says it contains more than 30 percent THC, for example, it’s probably not accurate. “It’s possible to produce cannabis flower and get 30 percent total THC or higher but it’s extremely rare,” he says. “I think it would be comparable to an 8-foot tall person.”

However, Gaudino says that labs are inconsistent because policymakers with no experience in cannabis passed “ridiculous” regulations that don’t exist in other industries. Some requirements are excessively restrictive, irrelevant or don’t reflect best practices in analogous industries like agriculture. Those testing costs are passed onto consumers and high prices may encourage marijuana enthusiasts to stick to black markets.

“Are the regulations really doing us any good?” Gaudino asks. “Or are they just another way of causing prohibition?”

There’s a problem with cannabis testing, but ultimately, it’s solvable with better testing and smarter regulation. Gaudino and Jikomes both hope consumers will help drive demand for positive changes in this nascent, multi-billion dollar market. That means seeking out growers and dispensaries that go the extra mile, displaying detailed—and most importantly, accurate—test results.

“What the consumer has to do is be willing to not accept the status quo,” Gaudino says. “But every state is trying to morph into one thing with a lowest common denominator where testing regulations are either overly stringent for the general populace or they’re not stringent enough for the medical populous.”

“The only way it will be solved is if people complain about it, because the people controlling the industry don’t see it as a problem,” he adds.

Until research catches up, buying weed, even with test results, can be a bit of a crapshoot. That doesn’t mean you shouldn’t try to find a strains that are right for you—it just means it might take some extra work on your part.

Troy Farah is an independent journalist and photographer from Southern California. His reporting has appeared in Ars Technica, Smithsonian, Discover Magazine, Undark, VICE and others, and he co-hosts the drug policy podcast Narcotica. He can be found on Twitter (@filth_filler) and at troyfarah.com.