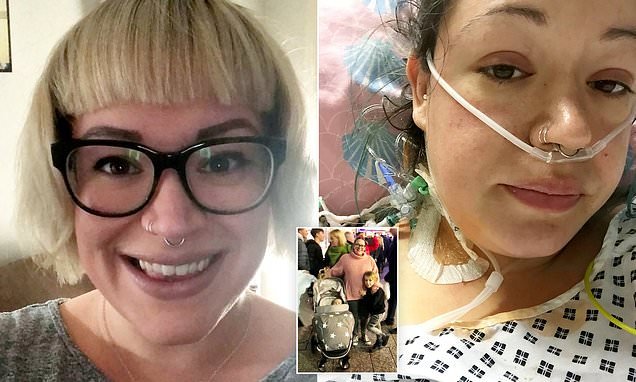 NHS apologises to mother, 32, after she almost died because her fallopian tube RUPTURED when she was wrongly discharged with an ectopic pregnancy

NHS chiefs have apologised to a mother who almost died when she was wrongly discharged after being diagnosed with an ectopic pregnancy.

Jamie Hockey, from Aylestone, Leicester, was told she could go home after being diagnosed with the condition in April 2017.

But three days later she developed severe pain and was rushed back to Leicester Royal Infirmary, where doctors discovered her fallopian tube had ruptured.

The self-employed hairdresser, 32, lost around five pints of blood as medics were forced to perform emergency surgery to save her life.

Her consultant told her she should never have been discharged in the first place and the hospital has admitted there were ‘shortcomings in her care’.

An ectopic pregnancy, occurring in one in every 90 pregnancies in the UK, is when a fertilised egg implants itself outside of the womb, usually in one of the fallopian tubes. 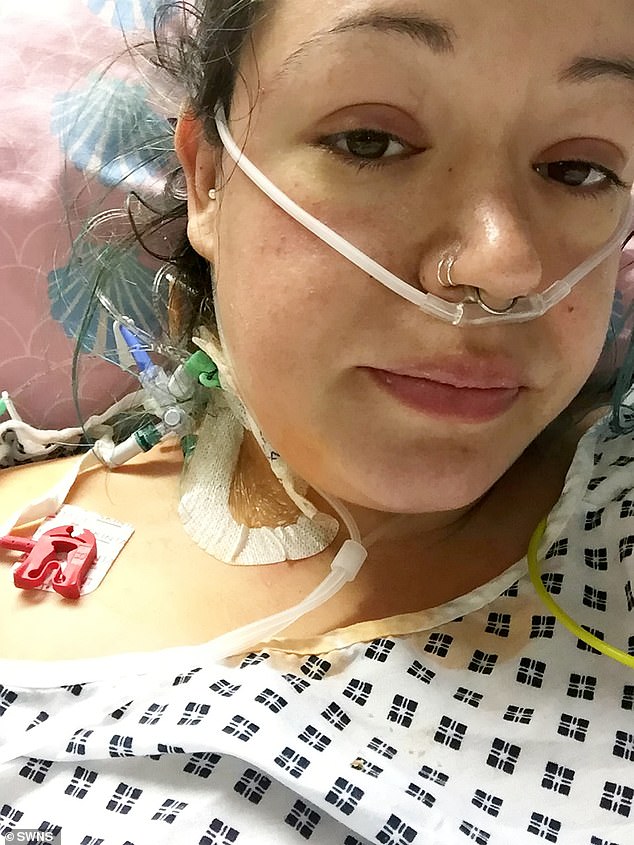 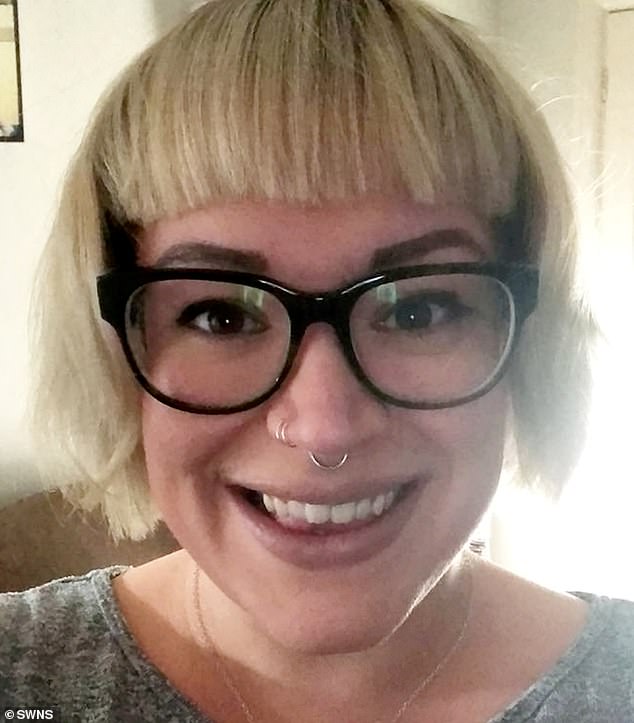 The self-employed hairdresser was told she could go home after being diagnosed with the condition in April 2017, but was in agony three days later with a life-threatening complication

Ms Hockey said:  ‘I placed great faith in the doctors who treated me and hoped I would be receiving care that would help me get through the ordeal in the best possible way.

‘However, at no time did I feel that everything was explained to me properly. My head was in a spin with everything that was going on.

‘Had the various options being fully explained I would have agreed to have surgery at the earliest opportunity.

‘If this would have happened I feel it would have prevented the added pain I have had to go through.’

WHAT IS AN ECTOPIC PREGNANCY?

An ectopic pregnancy is when a fertilised egg implants itself outside of the womb, usually in one of the fallopian tubes.

The fallopian tubes are the tubes connecting the ovaries to the womb. If an egg gets stuck in them, it won’t develop into a baby.

An ectopic pregnancy doesn’t always cause symptoms and may only be detected during a routine pregnancy scan.

Symptoms can include a combination of:

Symptoms of a fallopian tube rupturing or splitting open are:

This is very serious and surgery to repair the fallopian tube needs to be carried out as soon as possible.

A rupture can be life-threatening, but fortunately they’re uncommon and treatable, if dealt with quickly. Deaths from ruptures are extremely rare in the UK.

Ms Hockey and her partner Luke, 34, had been delighted when they found out they were expecting their second child in March 2017.

But a month later tragedy struck when it was confirmed Ms Hockey had an ectopic pregnancy, in which a pregnancy cannot be saved.

Ms Hockey said: ‘Me and Luke were over the moon to be told that we were expecting another child, so the news of the ectopic pregnancy was incredibly hard to take.’

An ecoptic pregnancy is assessed and then treated depending on the case, normally with medication or keyhole surgery if the egg doesn’t dissolve by itself, according to NHS.

Ms Hockey said: ‘I now have a massive scar because they had to open me up instead of the keyhole surgery which I would have had before.

‘With the blood I lost and having a fallopian tube removed, it was just a very scary experience.’

Ms Hockey needed significant time off work following her emergency surgery, as well as support in caring for her daughter, Indi.

While she fell pregnant once again the following July, she needed an investigative procedure to ensure there were no medical issues.

She added: ‘When we found out I was expecting again we were so nervous because of what had happened previously.

‘It was so difficult not to feel something would go wrong so it was such a relief when Bobbi was born [on March 29, 2018].’ 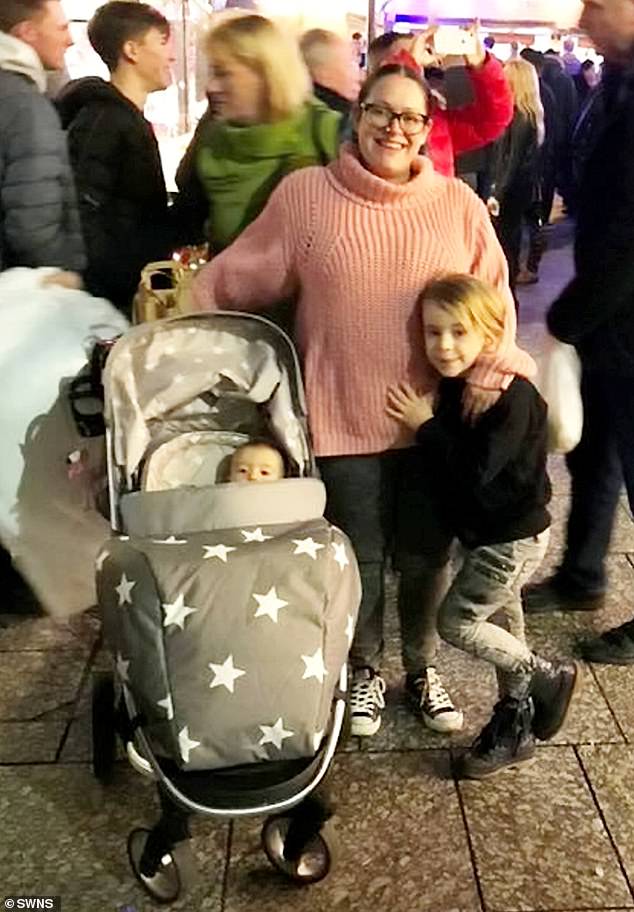 Ms Hockey, pictured with her two children Indi (right) and Bobbi (in pram), said she ‘placed great faith in doctors’ to give her the best care 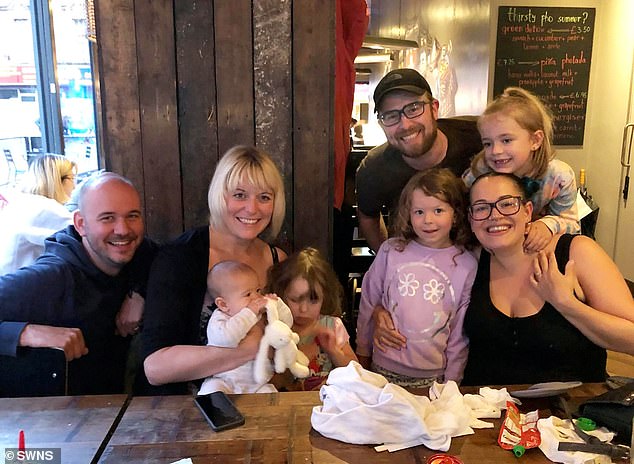 Ms Hockey, pictured with family, has received an apology from NHS bosses who admitted ‘shortcomings in her care’

The trust admitted to several failings in Ms Hockey’s care, including that surgical intervention should have taken place three days earlier than it did.

In a letter, John Adler, chief executive offered a ‘sincere and unreserved apology’ on behalf of the trust.

He added it should have further counselled Ms Hockey so she could have fully understood her situation and made ‘a better decision in the circumstances’.

Jenna Harris, specialist medical negligence lawyer at Irwin Mitchell, said: ‘Jamie has faced a truly heart-breaking series of events, as she not only endured the devastation of losing a child but also suffered incredibly traumatic and avoidable complications afterwards.

‘The care she received raised several questions and it is welcome to see the Trust in this case accept that it could have provided better support and also apologise regarding the issues.

‘We are hopeful that this is a sign that lessons will be learned from Jamie’s experiences and that no one else will face the issues that she has in the future.’

Ms Hockey, who now has two young daughters, said: ‘While nothing will change what has happened to me, I am pleased that the NHS Trust has apologised for the problems and also admitted that things should have been handled differently.

‘I also hope that this will mean that no other expectant mothers have to go through the pain that I faced in the future – this should not happen again.’ 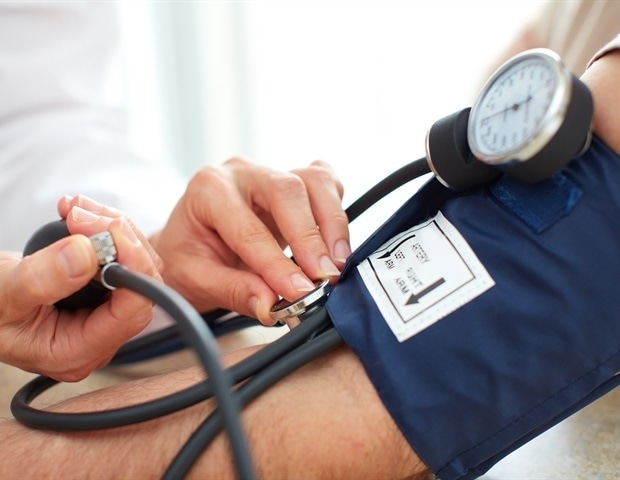