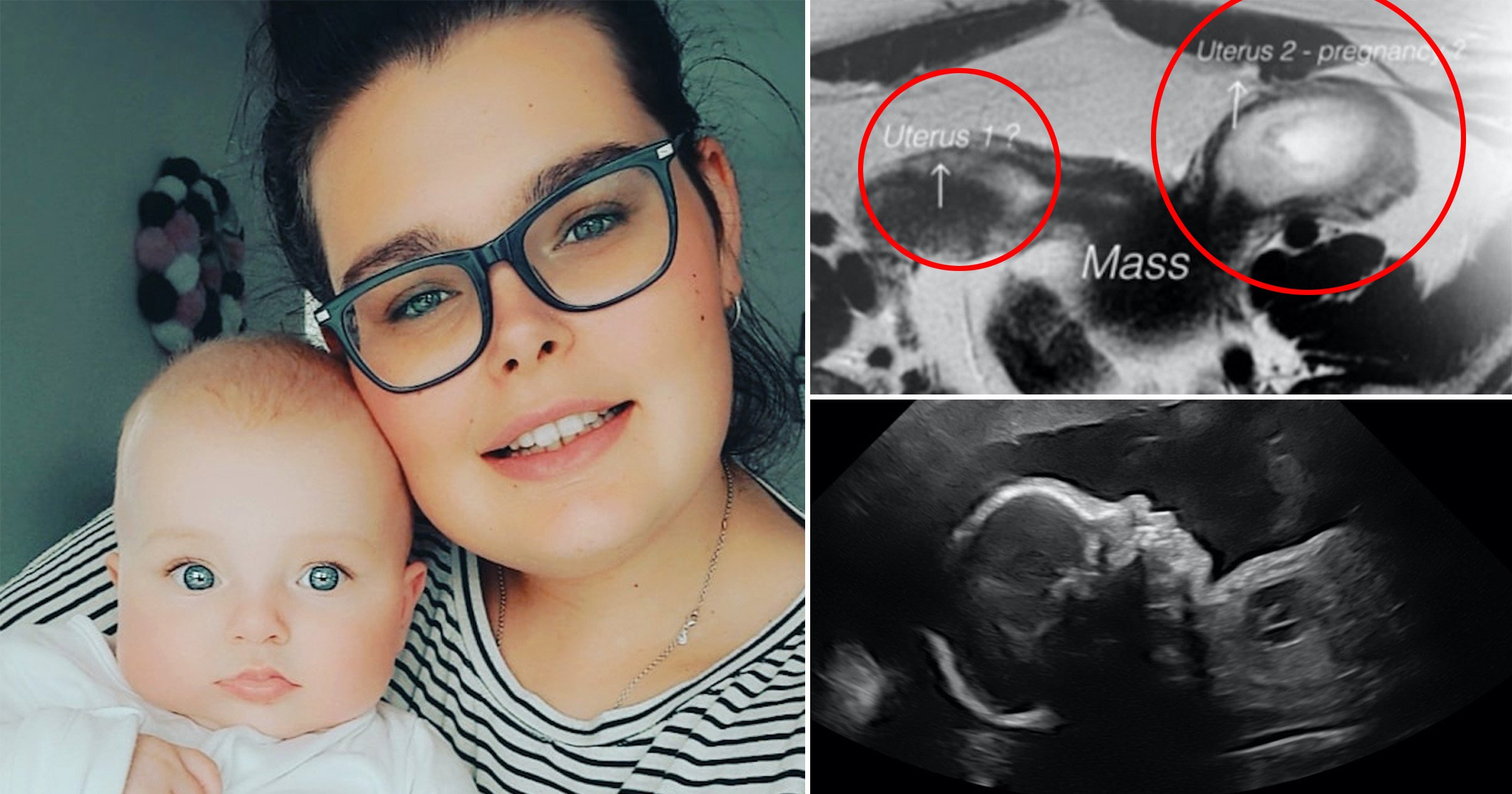 Daisy Hooper, 25, had no clue she was living with an extremely rare condition until she became pregnant for the first time, back in May 2020.

It was only when she had an ultrasound that the mum discovered that she has Herlyn Werner Wunderlich Syndrome, which means she has two uteruses, two cervixes, and two vaginas.

Daisy said she would never forget the look of confusion on her sonographer’s face.

At first glance, the mum was warned her uterus might be covered by a cyst, orthat she might be experiencing an ectopic pregnancy – which meant her baby was growing outside the womb.

But after further examinations, it was confirmed Daisy was suffering from the rare syndrome.

‘I was so excited when we fell pregnant and couldn’t wait to see our baby,’ said Daisy.

‘But during the ultrasound, the lady doing it wasn’t speaking much. I could see she was having trouble.

‘She told us she couldn’t see our baby and something didn’t look quite right. I was terrified.

‘I went to another ultrasound with two more experienced sonographers the next morning, but they still couldn’t see any baby.

‘I had blood tests and it was confirmed I was pregnant, and my HCG levels ruled out the possibility of an ectopic pregnancy.

‘The only option to figure out what was going on was to have an MRI scan. This was when the doctor told me I had the condition.

‘I was referred to a specialist clinic in London who deals with early pregnant complications. I was so scared, and had no idea what to expect.

‘They managed to pick up the baby’s heartbeat on an ultrasound and I was so relieved.

‘To see our baby on the screen and to hear the heartbeat was the best feeling in the world.’

When she looked back, everything started to make sense.

When she was 14, Daisy had suffered extremely painful and heavy periods – now explained by her two reproductive systems.

‘My mum took me to the doctors and I was put on the contraceptive injection, which completely stopped my periods and the pain,’ said Daisy.

‘I never thought much more about it, but looking back I think this could have been a sign.’

The diagnosis was a shock, but Daisy’s first concern was her unborn child.

Thankfully, she and her welder partner Scott, 26, welcomed their baby boy Ellis in January this year with no issues – and now she is raising awareness about the syndrome.

And later this year, Daisy, from Donington, Lincolnshire, will have surgery to remove a wall of tissue in her right vagina, which blocks menstrual blood from flowing out correctly.

It’s hoped this surgery will not only improve her menstrual flow, but reduce the risk of complications with fertility and pregnancy in the future.

‘As I am still learning about it, I find it difficult to explain to people.

‘I wish the doctors knew more about the condition and there was more awareness surrounding it.’